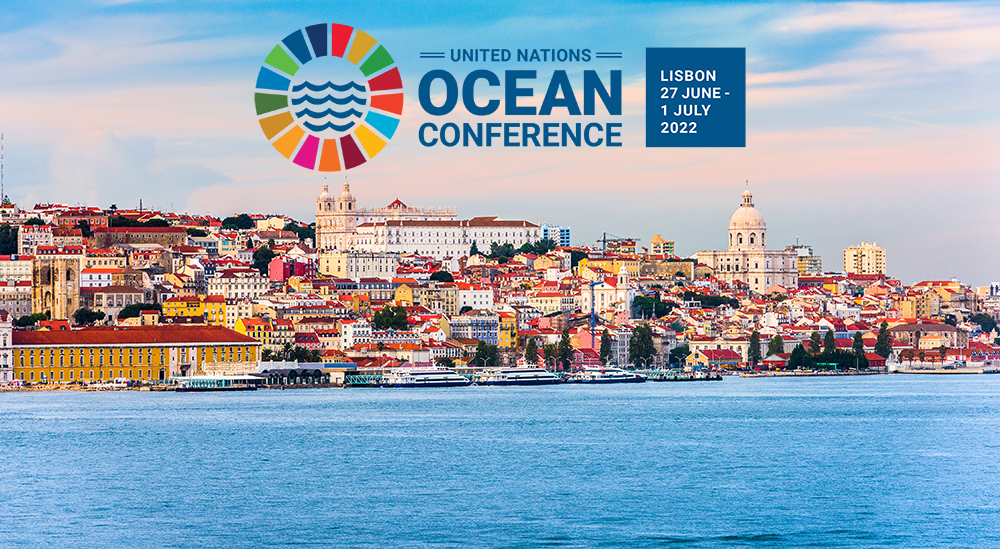 The Second United Nations Ocean Conference will be held in Lisbon, Portugal from June 27 to July 1, 2022 in the presence of government and government leaders with the participation of international and financial organizations, voluntary organizations, the scientific community and the private sector.

To present this important international event, the United Nations Information Center in Rabat on Thursday, June 23 organized an information conference to shed light on the conference, which coincided with the end of an epidemic that clearly exposed the world’s entrenched development. Problems. The meeting was chaired by Mr..Mohammed Dr. Yassin El Aroosi, Head of the Cooperation Division of the Department of Marine Fisheries and Director of the Science Project at the UNESCO office.

The Second Ocean Conference of the United Nations, the world is facing a threefold crisis of climate change, biodiversity loss and pollution, threatening the health of the oceans and the continuity of the economic activities that depend on them. It is a continuation of the United Nations efforts to reverse the degradation of marine ecosystems, ensure their sustainability, and accelerate the achievement of the Sustainable Development Goals 14. The World Meteorological Organization’s report released last May found four record climate indicators for 2021, based on sea level rise, sea temperature and acidity, and greenhouse gas concentrations. 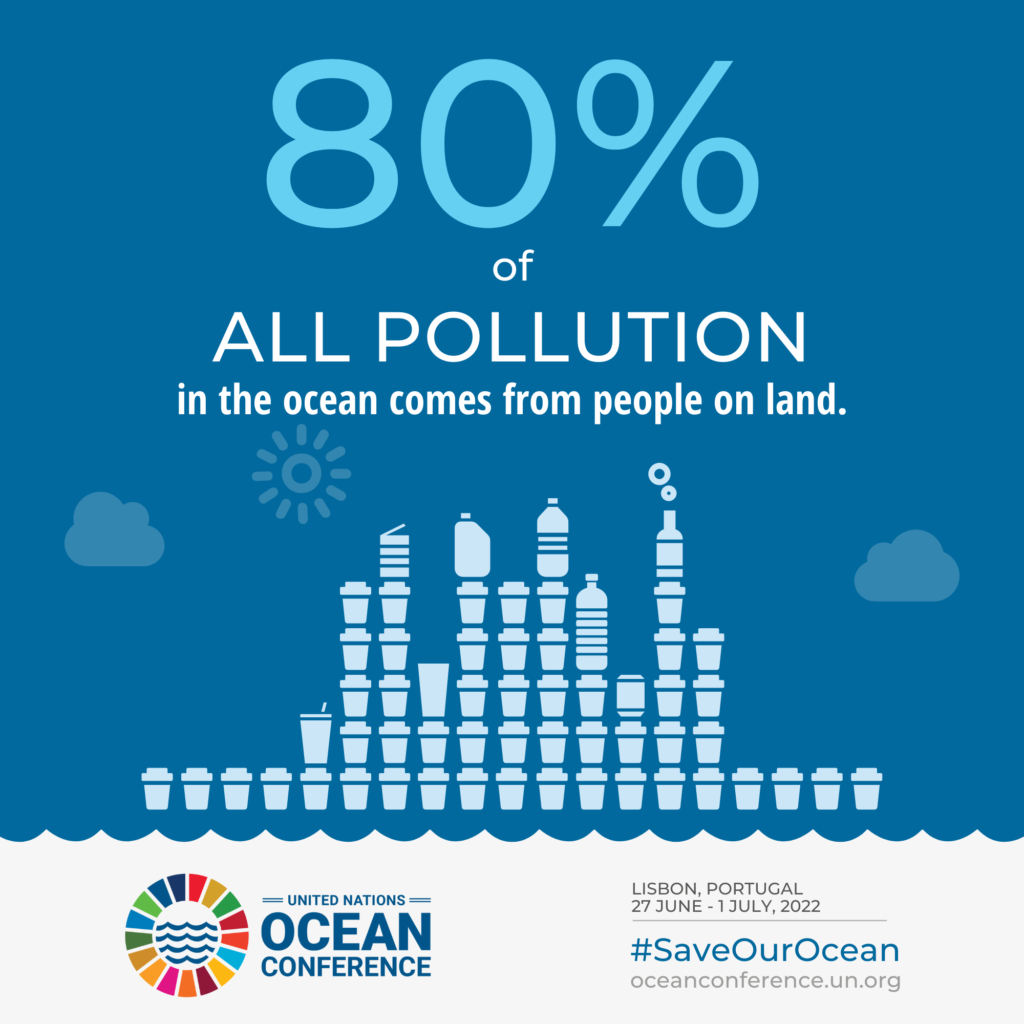 The Second Ocean Conference of the United Nations will be held under this theme. Objective 14: Measuring marine activity in terms of science and innovation for implementing partnerships and solutions“, Will mark the culmination of the achievements of the first United Nations Ocean Conference in 2017 and create a new phase of global action to protect the oceans and marine environment and to promote the blue economy based on scientific research, innovation and greenery. Technologies for the conservation and sustainable management of marine resources.

The political declaration expected from the conference should take into account the relevance of issues related to climate, biodiversity and pollution, and the renewal of the global commitment to co-operate to ensure the security of the seas. The report is expected to support the decision of the General Assembly of the United Nations Environment Program (UNEP) to appoint an intergovernmental panel to prepare an international agreement on plastic pollution, including marine pollution. . It should reaffirm the United Nations Decade of Marine Science’s support for sustainable development and reaffirm UNESCO’s work in this area. At the conference, governments and other stakeholders are expected to announce a new set of firm commitments to protect the oceans. 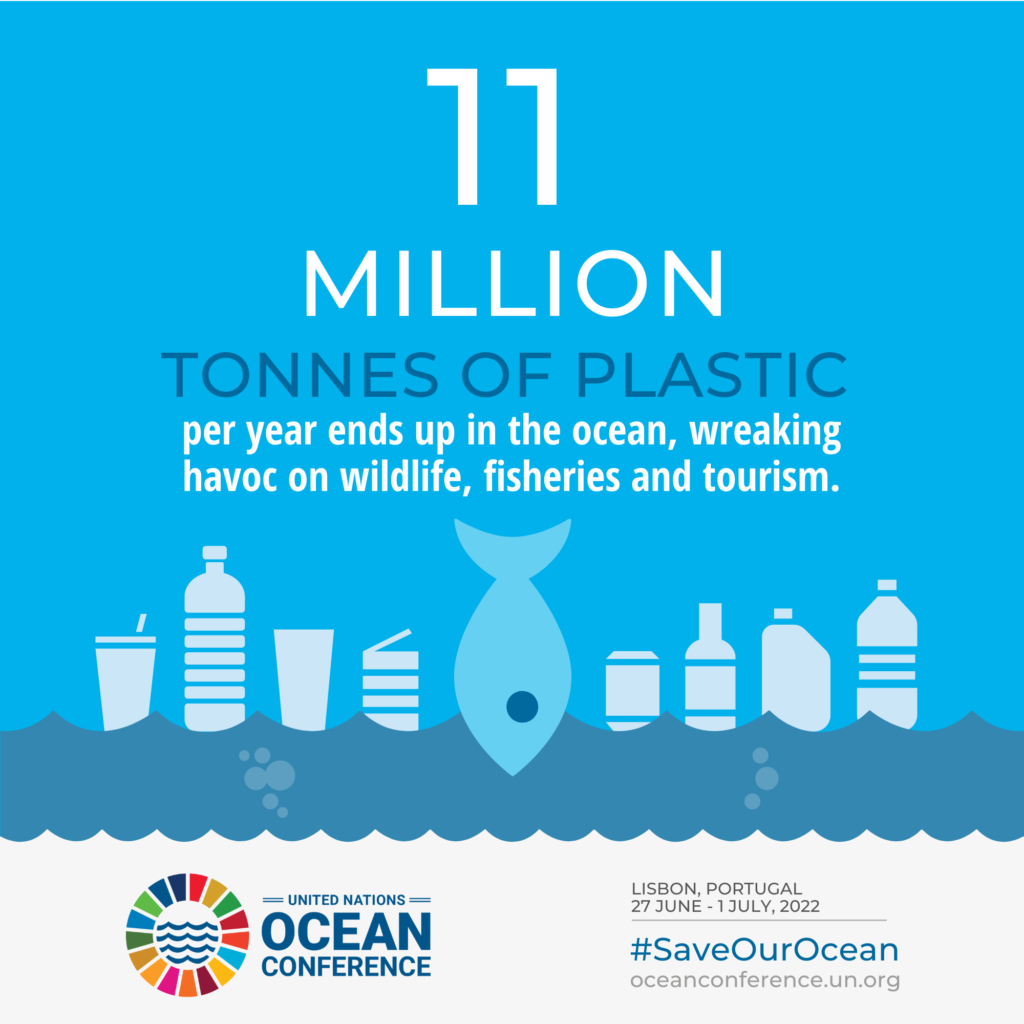 This global event will take place in eight thematic dialogues dedicated to the blue economy; Sea acidification; Capacity building for scientific research; Technology transfer; The fight against marine pollution; Conservation and restoration of marine and coastal ecosystems; Improving coordination between Goal 14 and other sustainable development goals; Facilitate access to marine fishing and artisan markets and strengthen the legal protection of the seas.

It should be remembered that the seas play an important role as a source of life and income. It covers 70% of the planet’s surface and provides 50% of oxygen. They act as a major barrier against the effects of climate change by absorbing 25% of carbon dioxide emissions. The seas support the 3 billion people who depend on the oceans and the more than 200 million people who work directly or indirectly in marine fishing.

However, science shows that the health of the oceans is being severely deteriorated by human activities, and that it is time to take concrete global action to reverse their decline and protect their role as the main source of life on the planet. Human activity is a source of 11 million tons of waste each year, ending up in the ocean and endangering marine life, fishing and tourism. 80% of marine pollution comes from the earth, the most dangerous of which is plastic waste, which kills one million seabirds and more than 100,000 marine mammals each year. The annual loss from damage to marine ecosystems is estimated at $ 13 billion. But despite all these threats, experts say the situation is not hopeless. Concrete solutions are available and are capable of providing much needed protection to the seas and restoring their health.

Faced with the severity of the situation, the United Nations took the initiative to convene the first maritime conference in New York in 2017, signaling a change in the global approach to deteriorating maritime health. And solutions to speed it up. Implementing Goal 14 of the Sustainable Development Goals. The conference adopted a political declaration (our ocean is our future – a call to action) and a series of more than 1,600 voluntary commitments to protect the marine environment. 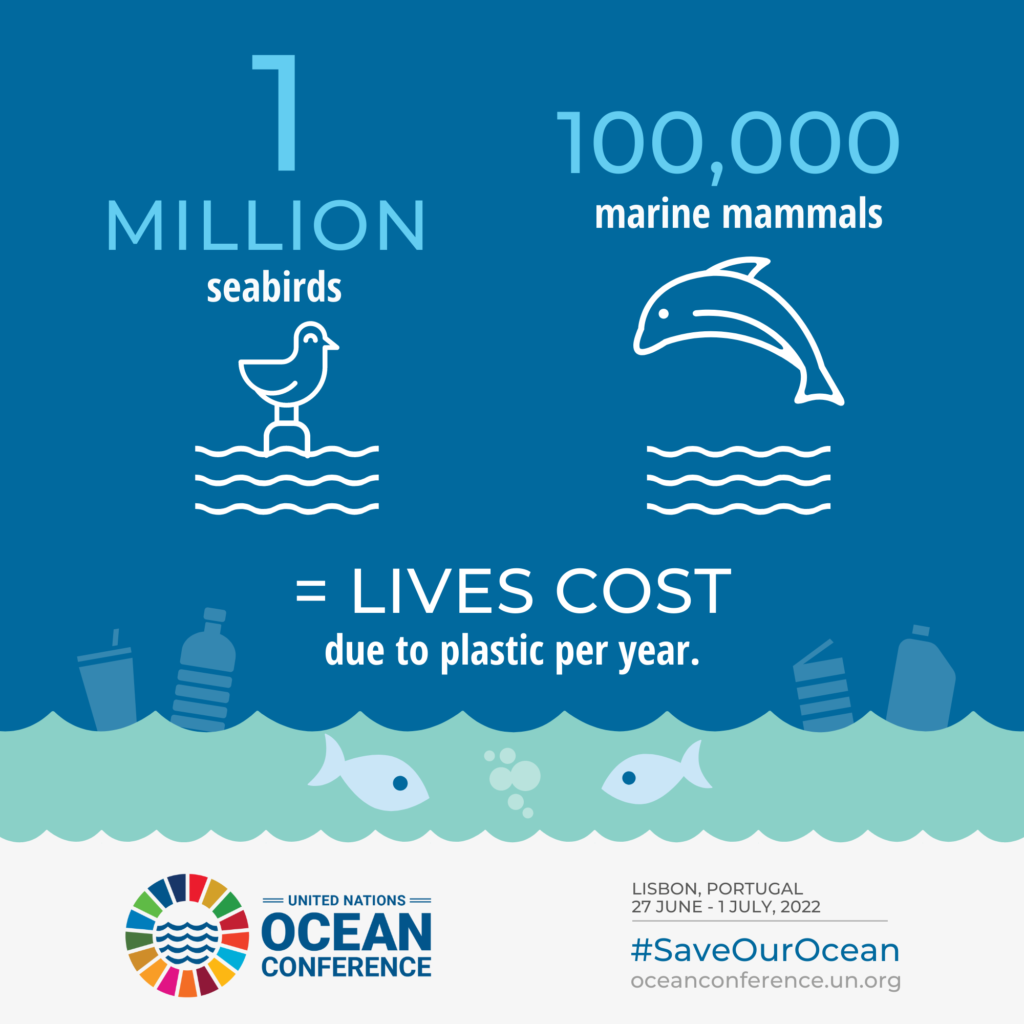 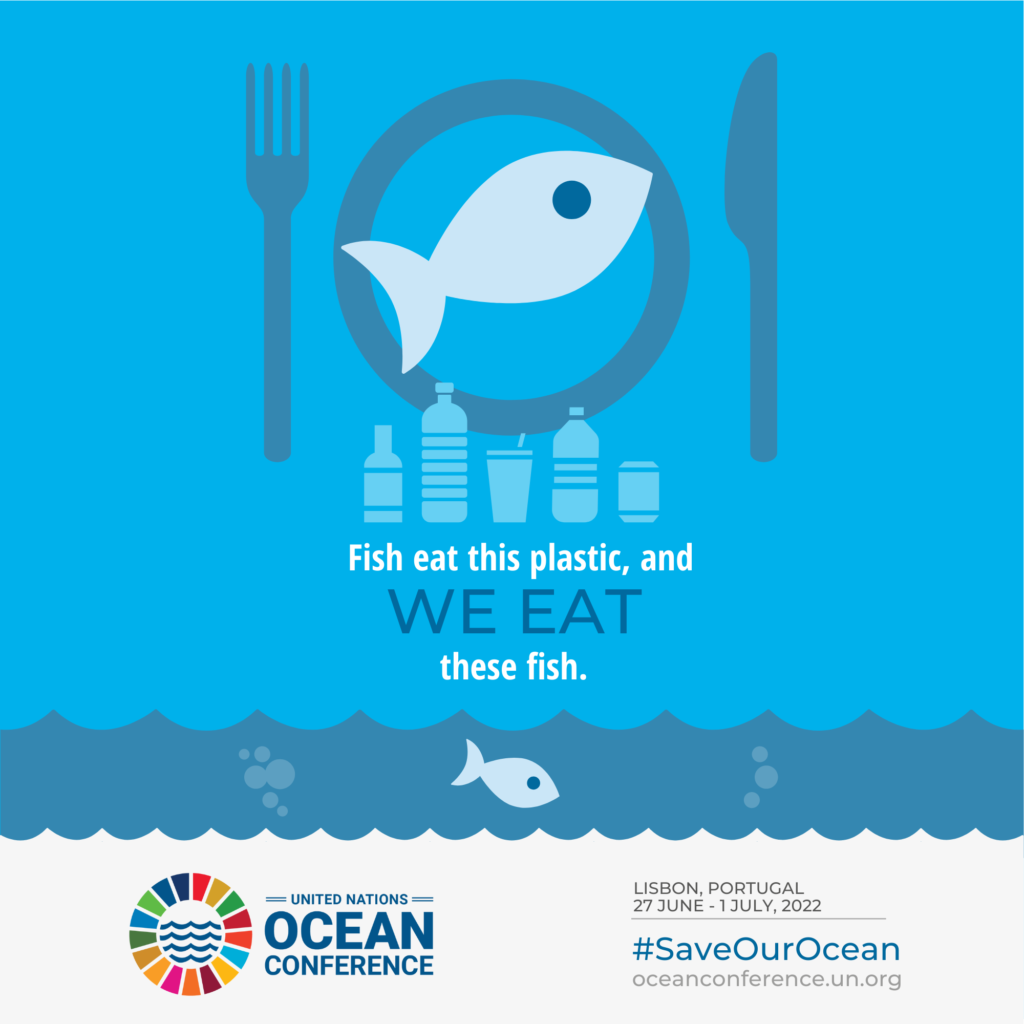 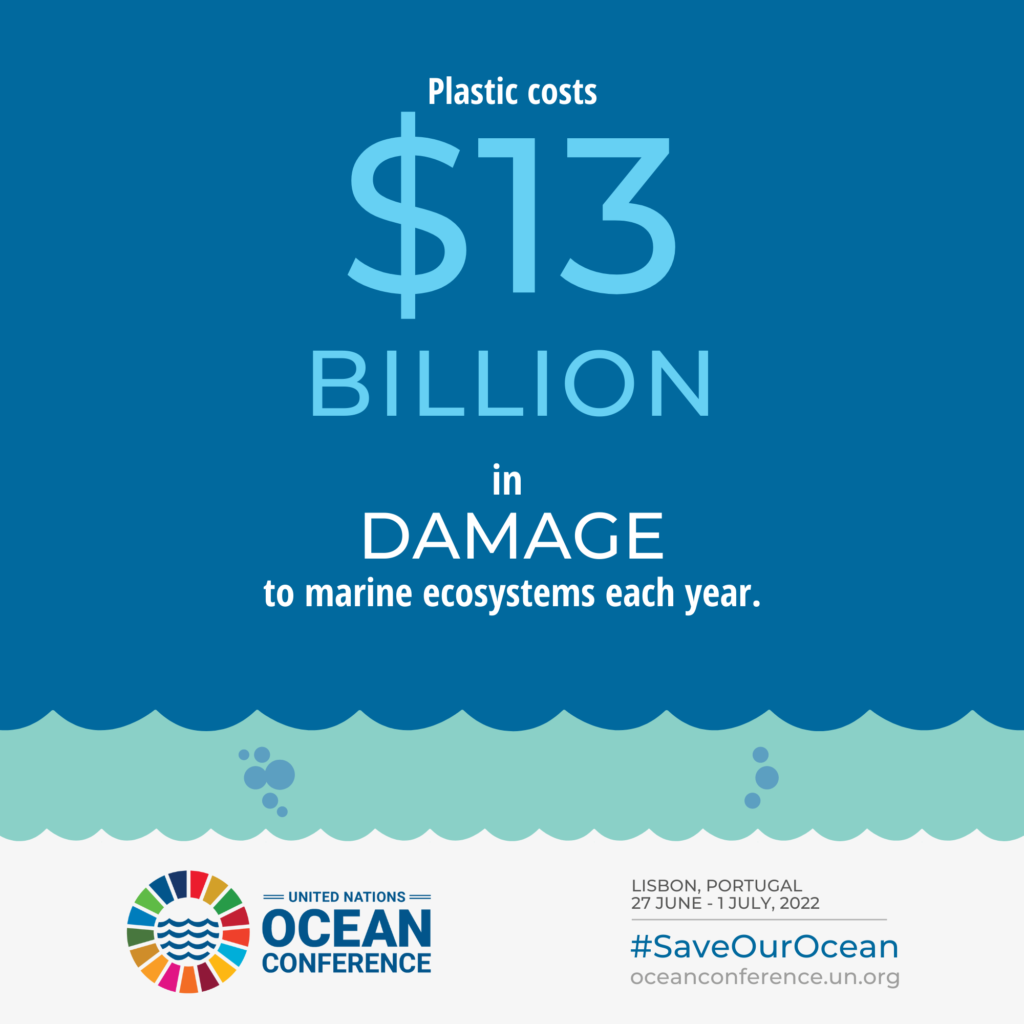