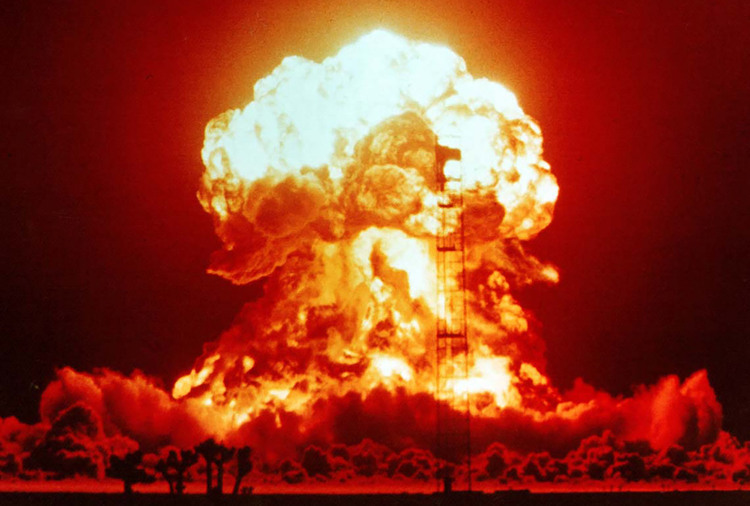 A U.S. study cited by Bloomberg on Monday warned that five billion people could lose their lives in a modern nuclear war that would cause global famine due to sun-blocking soot in the atmosphere.

Scientists at Rutgers University in New Jersey (Northeast) have listed the consequences of six possible nuclear conflict scenarios, specifically a full-scale conflict between the US and Russia that would wipe out more than half of humanity. The study, published in the journal Nature Food, refers to estimates based on calculations of the amount of soot that could enter the atmosphere from storms triggered by the detonation of nuclear weapons.

The researchers used a climate forecasting tool supported by the National Center for Atmospheric Research, which allowed them to estimate the productivity of major crops in each country, according to major US media. “Even a small-scale conflict could have devastating consequences for global food production,” it says.

It also estimates that a war between India and Pakistan would reduce agricultural yields by about 7% over five years, while an armed US-Russia conflict would reduce production by 90% over three to four years.

The study comes after risks of conflict between Washington and Moscow raised by the ongoing war in Ukraine.

“We must prevent a nuclear war. said Alan Robock, study co-author and professor of climate science in the Department of Environmental Sciences at Rutgers University. United Nations Secretary-General Antonio Guterres has warned that the world is now experiencing its “greatest nuclear threat” in four decades, noting that the world still has 14,000 nuclear weapons.

He called for all nuclear-weapon states to undertake risk reduction measures individually and collectively. “We can never take the norms against the use of nuclear weapons for granted,” he warned.