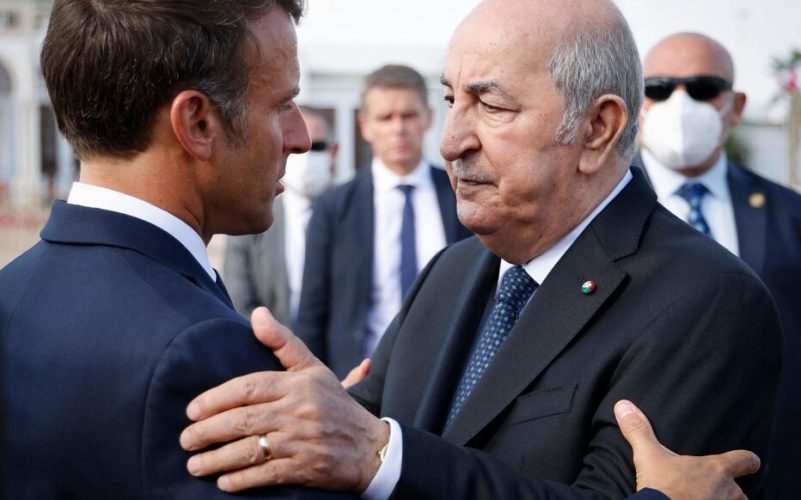 Algerian President Abdelmadjid Debon announced on Sunday his upcoming visit to France, scheduled for next May, and his first since coming to power in 2019.

The date of the visit was set during a telephone conversation between President Tebboune and his French counterpart Emmanuel Macron on Sunday, according to the Andalusian Agency, citing a statement by the Algerian president.

Debon’s arrival had been long prepared by both sides. During the interview given by Figaro, the Magazinz investigative site announced that the interview given by Abdelmadjid Tebboune to the French daily Le Figaro was “unpublished”, the culmination of a “communication operation, prepared, elaborated and refined by Paris. Algiers”.

According to Anadolu Agency, Debon received a phone call from Macron during which they discussed issues related to bilateral relations.

The two presidents also discussed Debon’s “state visit” to France, which he plans next May, according to the same press release.

This will be Debon’s first trip to France since he took office in December 2019.

Tebboune’s first term was marked by many upheavals in relations with France due to issues related to the colonial era (1830/1962) and immigration.

Last August, the French president visited Algeria to “open a new page” in relations between the two countries.

President Macron’s visit to Algeria resulted in a joint statement on the agreement of the two parties on the memory file and the French colonial past in the country, as well as a set of agreements on cooperation in the fields of security, defense and foreign policy. and economics.