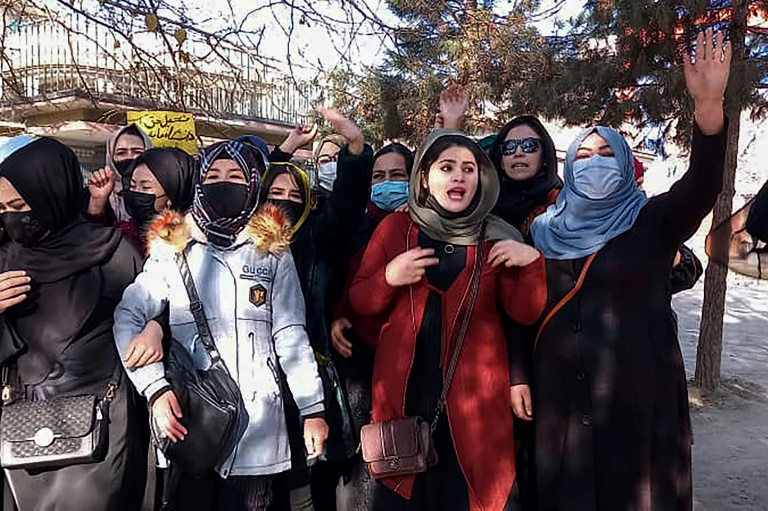 Taliban officials on Saturday ordered non-governmental organizations to stop working with women for failing to follow an appropriate dress code, four days after women were banned from university studies for the same reasons.

“There are serious complaints about non-compliance with Islamic hijab and other rules and regulations related to women’s work in national and international institutions,” the ministry responsible for approving licenses of NGOs operating in Afghanistan said in a letter. By AFP.

“If the order (…) is ignored, the organization’s license issued by this ministry will be revoked”, the letter addressed to national and international NGOs states.

Two international NGOs spoken to by AFP confirmed they had received the ministry’s report.

“We are suspending all our operations from Sunday,” a senior official of an international organization involved in humanitarian operations in several remote parts of the country told AFP on condition of anonymity. “We will soon hold a meeting of senior officials of all NGOs to decide how to deal with this issue,” he added.

Dozens of national and international NGOs work in remote areas of Afghanistan in many sectors, and many of their staff are women.

The announcement comes four days after the Taliban government decided to indefinitely ban Afghan women from enrolling in public and private universities in the country.

Two days after the announcement, Higher Education Minister Neda Mohammed Nadeem explained that the decision was taken because “students who went to university (…) did not respect the instructions on hijab”.

“Hijab is compulsory in Islam,” he asserted, referring to the need for women in Afghanistan to cover their faces and entire bodies. According to her, women educated in a province far from their home “did not travel with a + mahram +, adult male companion”.

– A rare manifestation of men –

On Saturday, around 400 students from Kandahar, the cradle of the fundamentalist Islamist movement, boycotted their exams in solidarity with their female counterparts and demonstrated in the streets. The demonstration was broken up by Taliban forces who fired into the sky, a professor at Mirwais Negara University told AFP on condition of anonymity. Men’s struggles are rare in Afghanistan.

This new attack on women’s rights has shocked many young Afghan girls, who are already excluded from secondary schools, and has drawn international condemnation.

The Taliban, who seized power in August 2021 after a war with US and NATO forces, returned to a radical interpretation of Islam. 1996-2001).

For 16 months, harsh measures have multiplied against women who have been gradually excluded from public life and excluded from secondary schools.

Various authority members have said that there are not enough teachers and money and that the schools will open once the Islamic curriculum is developed.

Without education, women are barred from most government jobs or paid meager wages to stay at home.

They are also prohibited from traveling unaccompanied by a male relative and must wear a burdha or hijab when leaving their homes.