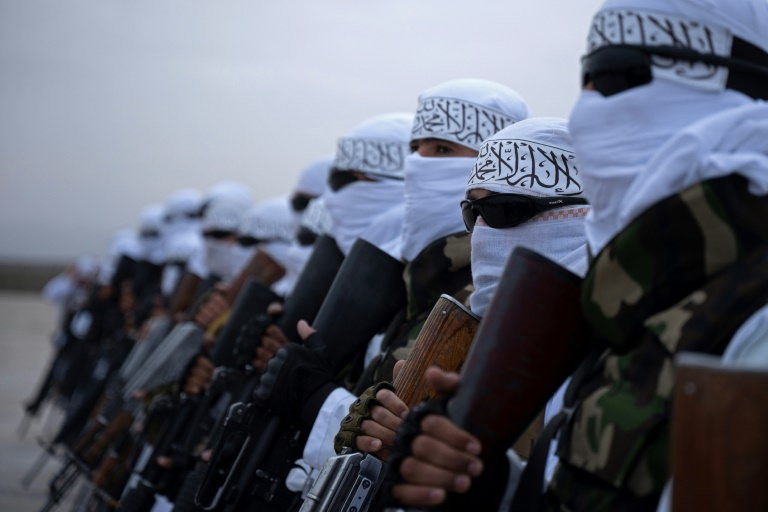 On Sunday, the Taliban demonstrated their military prowess by mobilizing dozens of their heavily armed militants in Memona (northwest), where clashes with local ethnic Uzbeks erupted last weekend.

Protests erupted in the capital, Faryab province, with the arrest of a Taliban commander of Uzbek descent.

The incident raised fears of tensions between Pashtun and Uzbek citizens and the Taliban.

There are unconfirmed reports that members of both communities died in isolated incidents.

“We have sent hundreds of militants from the surrounding provinces and now the situation is under control,” Latifullah Hakimi, a senior Afghan defense ministry official, told AFP over the weekend.

Dozens, many of them heavily armed, were in pick-ups or armored vehicles, and weapons were seized from former government and U.S. military forces when the Taliban seized power in August.

The procession was quietly watched by the people of the area. “The situation was not good two days ago due to the protests, but now it is normal,” Rohullah, a 20-year-old businessman, told AFP.

“Our only problem is that people don’t have jobs (…) but we are very satisfied with the security,” he added.

The Taliban are struggling to transform themselves from an insurgent movement into an administration capable of leading a country to the brink of economic collapse and more than half the population is threatened by famine.

The Islamists are struggling to keep their troops disciplined, especially in the most isolated areas, where local commanders are willing to ignore Kabul’s orders and impose their own law.

They announced on Saturday that they had removed 3,000 members from their rankings accused of illegal practices as part of a broader “filtration process”.

See also  "Land of Light": "The result is amazing to say the least" for ONMT