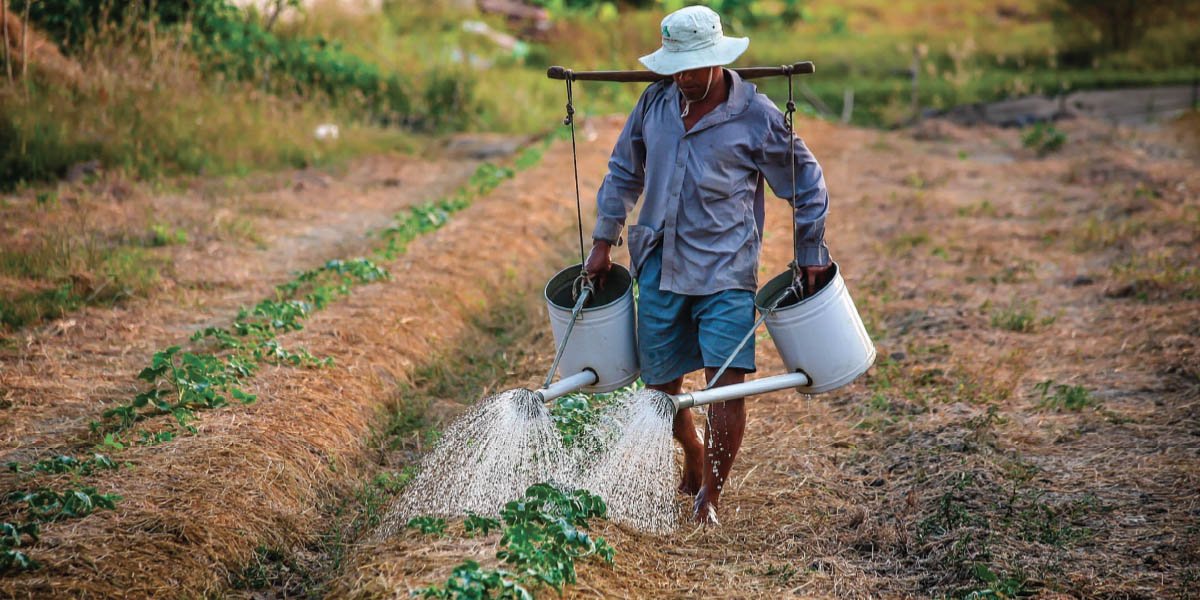 The work of the 8th edition of the African Agricultural Forum, which began today at the Taghazout station, is to discuss the thorny question of food sovereignty. 400 key players in the African agricultural sector are participating with the aim of identifying potential solutions to the economic and food challenges facing the African continent.

Rising commodity prices, persistent droughts and fluctuations in harvest and agricultural yields…, the post-Covid crisis has caused major disruptions in food markets internationally, once again placing the question of food and agriculture at the center of politics and economics. Concerns of governments, especially in Africa. Awareness of the fragility of production and distribution systems and the critical nature of the food chain is now widespread.

Africa finds itself at the center of this unprecedented food crisis, which has brought the priority of food sovereignty back to the fore, becoming an emergency for the countries of the continent. Faced with this situation, the work of the 8th edition of the African Agricultural Forum, which started today at the Taghazout station, will discuss this important issue with the participation of almost 400 key players in the African agricultural sector. Its aim is to find possible solutions to current economic and food challenges.

The 2022 edition of the forum will come a decade after seven previous editions were held in Abidjan, Libreville and Yaounde in North Africa. It should also be noted that Mauritania, with a large delegation, was appointed as the Guest of Honour, thereby confirming the Pan-African invitation of this Forum. The meeting will be an opportunity to deepen priority axes for the development of the African agricultural sector within the framework of South-South cooperation.

See also  The New Life of the Koranic Schools of Fez

Strengthen South-South cooperation and regional integration
It goes without saying that with the current food crisis rocking the continent, African countries have no choice but to strengthen their cooperation within regional and continental integration frameworks. This will facilitate the trade of agricultural products between the countries concerned while helping the continent to exploit its agricultural potential.

As a reminder, the African Continental Free Trade Area (Zlecaf) Agreement entered into force on January 1, 2021, in line with the commitments made by the signatory and ratifying states of the African Continental Free Trade Area (Zlecaf) text. On the one hand, this edition, and in collaboration with the Souss-Massa Regional Council and the regional division of CGEM, will pay particular attention to this territory, which has a strong agricultural industry that represents more than 65% of the market’s exports. Gardeners, vegetable traders and citrus nationally.

It should be noted in this sense that as part of this 2022 edition of the Africa Agricultural Forum, a pavilion is dedicated to this region. A roundtable will be dedicated to presenting its agricultural developments to better exploit the potential this export region offers to markets in the European Union, North America and sub-Saharan Africa.

We can cite the capture of added value through consolidation in the food sector. Of the verified investment of more than 6.256 billion dirhams in 2022 (provisional estimate), the agri-food sector monopolizes more than 2.2 billion dirhams or 37% of the total. So not only the investments received, but also the employment opportunities provided and the industrial land acquired have risen to the top.

Giving ZAI an African dimension du Souss-Massa
As part of its mission to promote investment in the Souss-Massa region, the regional CGEM will take the opportunity to host this forum to outline its vision of economic partnership with the African continent, mainly in terms of establishment-related elements. Direct logistics solutions through shipping routes connecting the Port of Agadir to West Africa. Its aim is to give an African dimension to the Souss-Massa Industrial Acceleration Zone (ZAI).

Today, global import trends show that West Africa is positioning itself as a promising market. Fruits and vegetables are the main products imported by this regional group, with Senegal, Côte d’Ivoire, Nigeria and Mauritania being the four main importing countries. These coastal countries mainly re-export to landlocked countries, particularly Mali, Burkina Faso and Niger.

However, the United Kingdom, the Netherlands and South Africa are the main suppliers of this engine. The event, with an African dimension, will give companies in the region the opportunity to establish business relationships, discuss and exchange great opportunities and possibilities, and get closer to their counterparts across the continent. African stage.

Remember that the African Agricultural Forum, created in 2012, is the main annual and regional event for agriculture in French-speaking Africa. This 8th edition was launched by One Africa Forums under the Ministry of Agriculture, Marine Fisheries, Rural Development and Water Resources and Forests, in collaboration with OCP Africa and supported by the African Union, Souss-Massa Region and CGEM. Sous-Masa.

See also  Le Matin - WHO: Europe faces re-emergence of epidemic, virus declining in other parts of the world