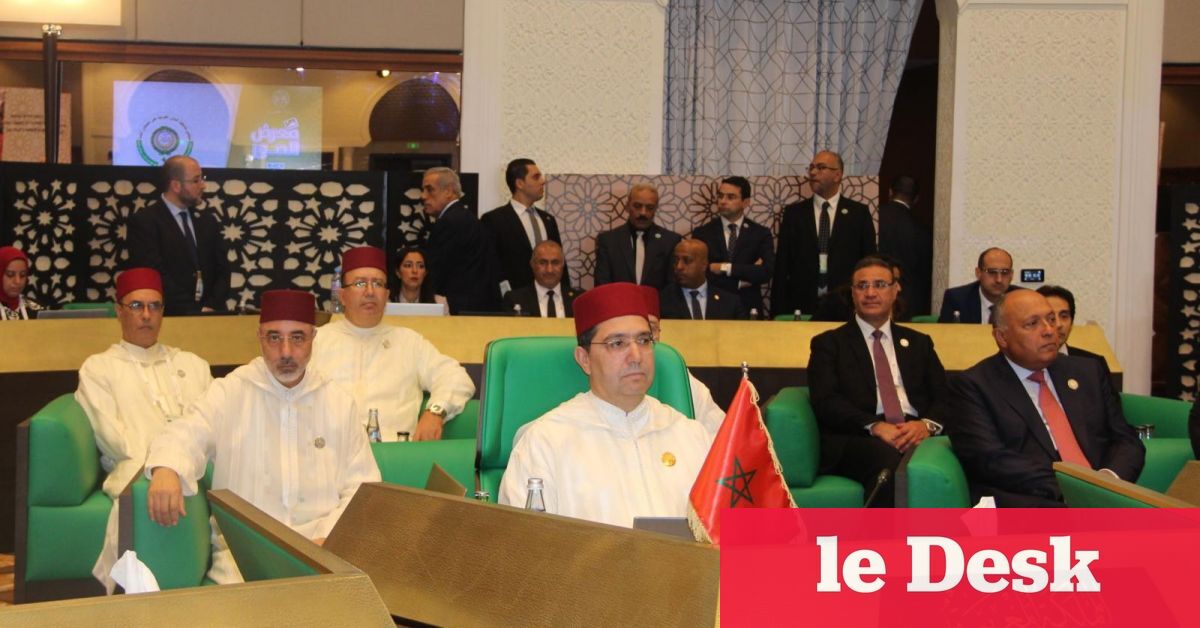 At the behest of King Mohammed VI, the Minister of Foreign Affairs, African Cooperation and Moroccan Nationals Living Abroad, Nasser Bourita, heads the Moroccan delegation to the 31st session of the Arab Summit, which began on Tuesday in Algiers.

As a reminder, the King canceled his participation citing bilateral issues and related to the regional context.

The Moroccan delegation includes the Moroccan Ambassador to Egypt and the Kingdom’s Permanent Representative to the League of Arab States, Ahmed Tassi, Director of Mashreq, Gulf and Arab and Islamic Organizations, Ministry of Foreign Affairs, Cooperation and MREs, Fouad Akhrif. and Abdelali Al-Zahad, head of the ministry’s Arab and Islamic organizations division.

The agenda of this summit includes a number of points and draft resolutions adopted at the preparatory meeting of Arab foreign ministers, particularly regarding the Palestinian issue and developments in the Arab-Israeli conflict, solidarity and support for Lebanon. and the situation in Libya and Yemen.

These include support for peace and development in Sudan, support for the Somali Republic and the Union of Comoros, the issue of Iran’s occupation of three Emirati islands, Iranian interference in the internal affairs of Arab countries, and maintaining national security. In the Arab world, the fight against terrorism and the development of the Arab counter-terrorism organization.

The Arab summit should also consider joint Arab action and other issues related to energy and food security in the Arab region.

See also  Sudan: 15,000 sheep heading for Tabaski in Mecca drowned in a shipwreck.