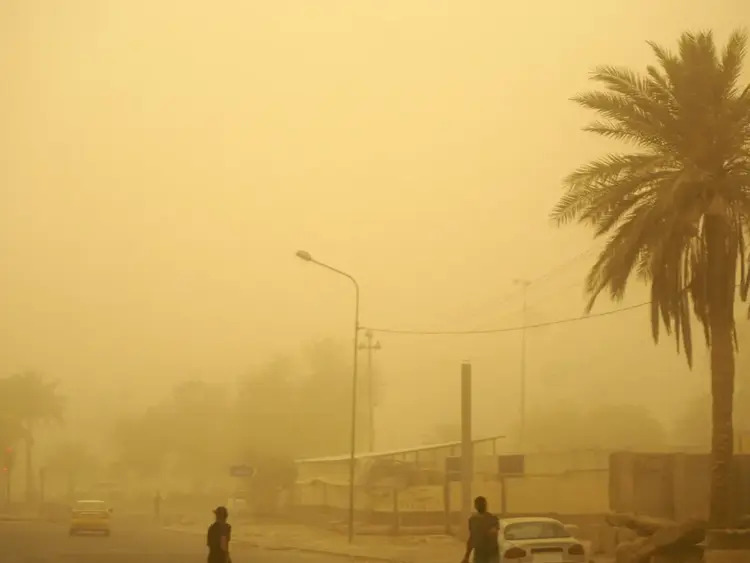 Baghdad International Airport was temporarily closed on Monday due to a new dust storm that hit the Iraqi capital, which has risen sharply in recent months in this semi-desert country.

On Monday morning, Baghdad and its environs were covered in dense white dust. The view is not more than a few hundred meters. As a result, the Iraqi capital airport administration announced the suspension of flights. In recent weeks, airports have been forced to shorten flights several times.

In May, a sandstorm struck Iraq, killing at least 1,000 people and wounding dozens more in hospitals.

Iraq, which is entering summer with temperatures approaching 50 degrees, is expected to experience the next two decades. 272 days dust By the year and by 2050, the 300-day limit will be reached, an official from the Ministry of Environment said. Since mid-April, Iraq has experienced less than a dozen sand and dust storms in just a few weeks.

Iraqi officials present a list of five countries most vulnerable to climate change and desertification. In early June, Iraqi President Berham Saleh called for a fight against climate change. National priority for Iraq because it poses an existential threat to future generations.