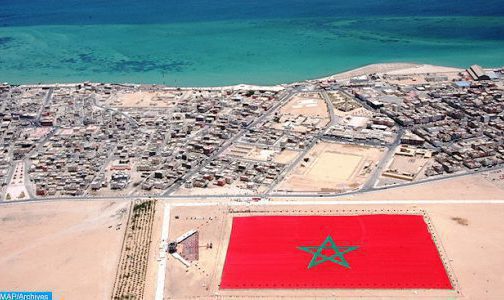 United Nations (New York) – Saudi Arabia has reaffirmed its support for Morocco’s autonomy program in New York to resolve the regional dispute over the Sahara within the framework of the state’s sovereignty and territorial integrity.

Speaking at the annual meeting of the UN C24 (C24) Committee, the Saudi representative stressed that the initiative is welcome in accordance with international law, the Charter and Security Council resolutions, and the United Nations General Assembly. Security Council since 2007.

He reiterated his country’s support for Morocco’s efforts to find a realistic and conciliatory political solution to the Sahara issue, based on relevant Security Council resolutions and under the guidance of the UN Secretary – General.

The diplomat assured that in this context, his country would reject any attack on Morocco’s supreme interests and its territorial integrity.

Stephen de Mistura, UNSG’s Special Envoy to the Sahara, welcomed the first round of tours to the region, with the Saudi speaker hosting two roundtables with the participation of Morocco, Algeria, Mauritania and “Policario”. .

He called on his country to continue the process and support Morocco’s efforts to resolve the regional issue.

In this regard, he emphasized the importance of showing prudence, realism and conciliation by all parties to achieve a decision that contributes to peace and stability in the Sahel region.

Saudi Arabia also welcomed the participation of elected officials from the Moroccan Sahara at the C24 sessions and roundtables in Geneva, highlighting Morocco’s efforts to support the socio – economic development of the southern provinces within the framework of new development. Model, as well as advances made in the field of human rights.

The Saudi ambassador welcomed the holding of assembly elections last September, with a large-scale vaccination campaign in the fight against Govt-19 to maintain peace and stability in the region, in addition to respect for the ceasefire.