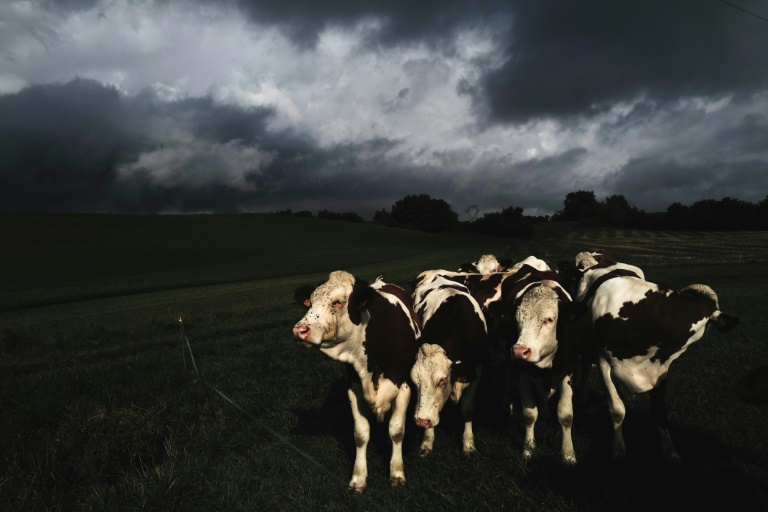 Do animal husbandry and global warming go hand in hand? Responsible for more than 14% of CO2 emissions in the world, scientists and breeders defend its role and less polluting ways at the International Livestock Exhibition (Space) in Rennes.

“When the animal feeds, it releases hydrogen into the rumen,” the first stomach where the fermentation process takes place.

“If we don’t want the cows to blow up like a balloon, they have to expel it, and its bacteria turns it into methane, which the cows expel through belching”, the researcher continues.

Following the objectives of reducing greenhouse gases, it is accepted that “the agricultural sector must reduce its emissions”, “but less than the industrial sector… It is easier to operate on a gas pipeline than a cow’s milk”, Mr. Beyrat notes.

On existing levers, extend the career of cows, especially dairy cows, and reduce herd size while maintaining the same level of production.

The first saving is done through “genetic sexing,” the insemination of cows, which separates male and female embryos to control the sex of the unborn calf, making it possible to only love animals, Rudy defends. Muller, managing director of Sexing Technology France, is an expert in this field.

Then, “as we improve technical efficiency, we also improve the environmental aspect,” he argues, by selecting animals with higher productivity and disease resistance.

But in France, the average length of life of a dairy cow is two and a half years, while it usually reaches its best productivity in its third and fourth year of production.

Therefore, he believes, “ten cows producing 10,000 liters is better than 16 producing 6,000, which will avoid rearing animals to refresh animals that go to the slaughterhouse.”

At the Loïc Guines farm in Ille-et-Vilaine, which went “from radical to organic” to improve its carbon footprint, the breeder also “improved the calving of cows in 24 months”, in other words, they are inseminated. As soon as their weight and age permit, their milk production cycle begins after the calf is born.

“And everything that doesn’t get fertilized goes to the slaughterhouse,” explains the breeder.

This system makes it possible to work with older cows and not have young cows that do not calve, which emit greenhouse gases without producing anything instead of two years.

Alongside herd management, grazing animals make it possible to “maintain grasslands that are home to half of Europe’s plant species,” Mr. Peyrad underscores that.

“In France and Europe we have greatly reduced the reproduction, we do not export it, depending on the consumer demand, it is simply produced elsewhere and by less efficient systems … changing the problem, we will make it worse. The scientist pleads.

But far from the farms, at the other end of the food chain, “on the consumer side, we realize that the main concern is inflation and the meaning of well-being at work comes before the environment.”, according to Axel Pigot, CSR Manager of Lactalis Group.

For growers, there are therefore many challenges: maintaining their production levels and improving their carbon footprint, to remain competitive.