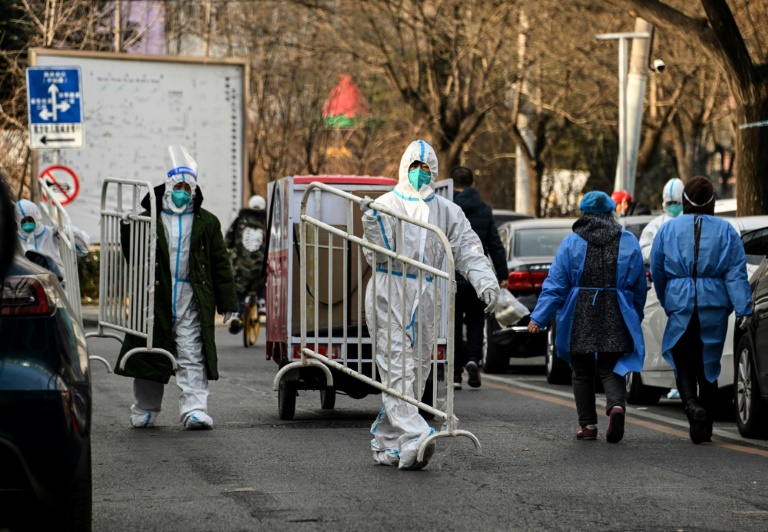 The easing of these health restrictions is good news for the global economy, the head of the International Monetary Fund assessed after a conference with Premier Li Keqiang in Huangshan, east of the country.

Among the key measures published are the conclusion of systematic and large-scale PCR trials, the possibility of self-isolation for mild and asymptomatic cases, and the more limited use of prisons.

“We welcome the decisive steps taken by the Chinese authorities (…) to reform the Covid policy”, announced Ms Georgieva during a press conference with the heads of other international economic institutions.

Georgieva added that China’s push to increase vaccination rates is “good for the Chinese people, but also important for Asia and the rest of the world.”

“China’s performance is important not only for China but also for the global economy,” he stressed.

The global economy has suffered from the fallout from the war in Ukraine this year, adding to the post-pandemic recovery and cost-of-living crisis in many countries.

Matthias Gorman, secretary-general of the Organization for Economic Co-operation and Development (OECD), said these “adjustments will support the strength of the (economic) recovery in China and around the world”.

China’s dramatic decision to ease most of its health restrictions was applauded by stock markets, still worried about a possible slowdown in the US.

But many analysts have warned that a return to normalcy in the world’s most populous country will be long and messy, as China now faces a sharp rise in Covid cases.

Popular anger in China, which had been simmering for months, boiled over in late November, when thousands of protesters took to the streets of a dozen cities to demand an end to “zero Covid” and some even called for President Xi to step down. Xi Jinping.

The rallies were unprecedented since the Tiananmen pro-democracy rallies in 1989.

The draconian “zero Covid” policy has repeatedly shut down and disrupted production chains, hitting the Chinese economy hard, which is expected to experience its weakest growth in four decades this year.

The official target of a 5.5% increase in GDP is not considered credible by most economists.

Friday’s Huangshan conference was a farewell tour for Li Keqiang, who served the first two of his five years as Xi Jinping’s premier but is now retiring.

The 67-year-old is not part of the Communist Party’s new political group unveiled by Xi, who was sworn in for a third term as the country’s leader in October.

See also  Will Belgium reduce fines for wearing a burqa?