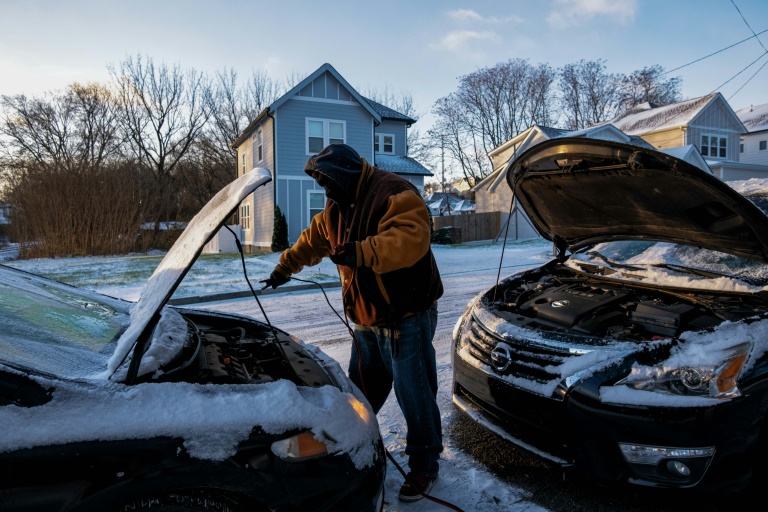 Cold, snow and blizzard: A winter storm killed at least 22 people in the US just in time for Christmas

“This wasn’t the Christmas we wanted”: A winter storm packed with icy winds swept through the central and eastern United States for days, killing more than two dozen people and leaving tens of thousands of Americans without power on Christmas Day.

At least seven people died there as a result of the storm, Mark Bolancarz, the district’s supervisor, announced during a press conference Sunday morning. Some were seen in cars, others on the street in the snow. “It’s terrible, it’s a huge disaster,” he said.

Since Wednesday evening, the United States has been battered by this rare intense storm, whose polar winds have brought heavy snowfall, especially in the Great Lakes region.

US officials have confirmed at least 22 deaths due to the extreme weather in eight states. Some of these deaths occurred on roads that have become more dangerous due to icy conditions and poor visibility.

Other deaths can be counted in Erie County, which includes the city of Buffalo, which borders Canada, according to Mark Polancarz.

“People have been stuck in their cars for more than two days and others are in freezing cold houses,” he warned. “This is not the Christmas we wanted.”

Another 30 to 60 cm of snow is expected overnight, according to the latest bulletin from the US Weather Service (NWS).

A travel ban was imposed in the area on Friday, but hundreds of people were still stranded in their vehicles.

Power won’t be fully restored in the city of Buffalo until Monday, Marc Pollancarz warned, adding that residents should not leave their homes as roads remain impassable.

“The wind is so strong,” the snow is forming like “sand dunes,” and it’s “crazy,” described Saturday to AFP Ali Lawson, 34, who has lived in Buffalo for eight years.

“Last night we couldn’t see past our porch,” and even the plows couldn’t get out to clear the roads, he said.

More than 200,000 homes were without power Sunday morning, especially along the East Coast in Maine and New York state, according to the site Poweroutage.us.

According to the NWS, on Friday, wind chills felt as low as -46°C in parts of South Dakota, although it said temperatures should return to “seasonal normal by the middle of next week.”

Air traffic is gradually improving with nearly 1,500 flight cancellations on Sunday, according to monitoring site Flightaware.com.

“The most serious disruptions are behind us,” US Transportation Secretary Pete Buttigieg said on Twitter on Saturday.

Shelters are open everywhere in American cities like Denver or Chicago.

But some chose to stay outside in freezing temperatures for fear of being noticed by immigration officials, he added.

The storm also affected Canada, where more than 200,000 people were without power, particularly in Ontario and Quebec.

According to Canadian Rail, all trains from Toronto to Ottawa and Montreal were suspended on Christmas Day following the derailment.