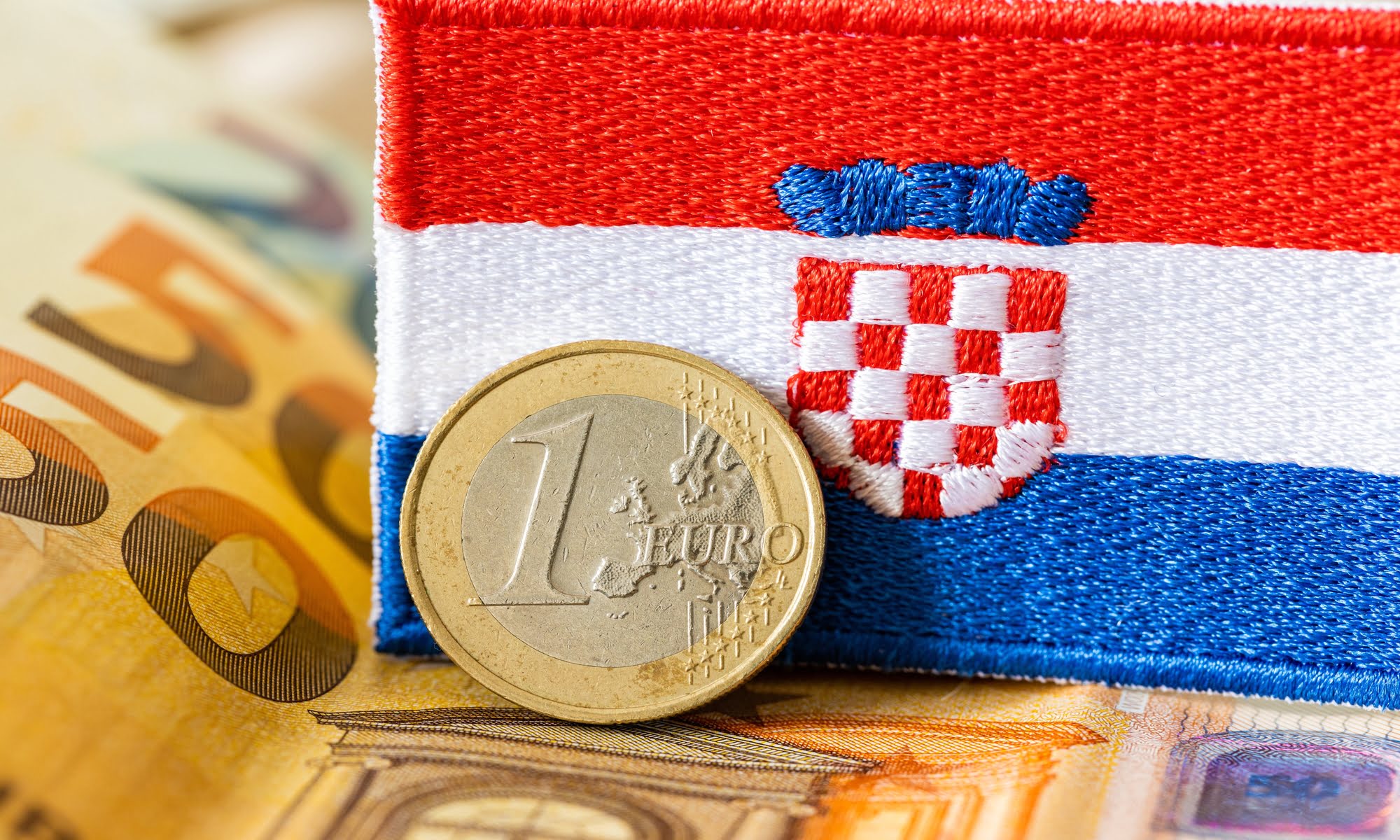 Croatia bid farewell to its currency, the kuna, as the euro zone’s twentieth member on Saturday at midnight (2300 GMT).

At the same time, it became the 27th state to join the Schengen area, a vast area where more than 400 million people can travel freely without internal border controls.

“It’s time for new beginnings, more so in Croatia than anywhere else in Europe,” tweeted European Commission President Ursula van der Leyen, who arrived in Croatia to mark the occasion.

Before the European official left for Zagreb, Croatian Prime Minister Andrej Plenkovic and Slovenian President Natasa Birk Musar met at the border between the two countries.

At a joint press conference at the Brecana border post, Ms van der Leyen hailed Croatia for “two great achievements”, both achieved on the same day.

“So this is a day for the history books,” he said.

For his part, the Croatian Prime Minister said it was a “historic moment” as Croatia had achieved its “strategic objectives”.

Ms van der Leyen then traveled to Zagreb, where she had coffee in the central square of the Croatian capital with Croatian officials and Mr Blenkovic, who paid the bill in euros.

Croatia, which has been in the European Union since July 2013, declared its independence from Yugoslavia in 1991 and the conflict that followed (1991-1995) killed around 20,000 people.

Croatian leaders continue to stress the benefits of their 3.9 million compatriots joining the eurozone and Schengen area.

According to experts, the transition to the euro will help protect the Croatian economy, one of the weakest in the EU, facing inflation, a serious energy crisis and geopolitical insecurity since the start of the Russian invasion of Ukraine.

“Welcome, dear Croatian friends,” French President Emmanuel Macron said in Croatian at the start of a video message on Sunday, welcoming Croatia’s adoption of the euro, the common currency. A “stable and stable” currency that contributes to Europe’s resilience in the face of this conflict.

In November, inflation in Croatia reached 13.5%, compared to 10% in the Eurozone.

Eastern European countries that are part of the European Union, such as Poland and Hungary, which have not opted for the euro, have proven to be even more vulnerable to inflation.

“The euro certainly brings economic stability and security”, confirmed to AFP Ana Sabik, an official of the HNB, adding that all actors in society will benefit from it.

Experts specifically cite the elimination of exchange risks and better conditions for borrowing.

Croatians have mixed feelings for their part: while they generally welcome the end of border controls, the currency change is fueling distrust.

In recent days, customers have been queuing up outside banks and ATMs to withdraw cash, fearing cash flow problems after the transition period.

Many Croatians fear that the introduction of the euro will lead to higher prices. “It will be difficult, prices are already high and they will rise again,” fears Ivana Doncic, a teacher from Zagreb.

But for Marko Pavic, an employee of a travel agency, “Croatia is joining an elite club”.

And “nothing will change on January 1, everything has been calculated in euros for two decades anyway,” says another employee, Neven Panik.

About 80% of bank deposits are already denominated in euros in Croatia, its main partners are in the eurozone and tourism, which accounts for 20% of its GDP, is served by a large European clientele.

Croatia welcomed four times more tourists than residents this year and entry into the Schengen zone will boost the sector.

On Sunday, 73 border posts will be closed. At the airports, there will be a change on March 26 due to technical reasons.

At the same time, the situation will not change with Croatia’s bordering non-EU neighbors Bosnia, Montenegro and Serbia: it already applies the rules of the Schengen area.

On the other hand, cracking down on illegal immigration remains a major challenge. Since joining the EU, Croatia has inherited the formidable task of protecting a 1,350 km external land border, much of which is shared with Bosnia.

It is on the Western Balkan route used by migrants, but also by smugglers of arms, drugs and people.

Croatia registered 30,000 illegal immigrants in the first ten months of 2022, a 150% increase compared to the same period last year.

See also  Morocco is in the process of expelling the Polisario from the AU by expanding its embassies in the Sahara.