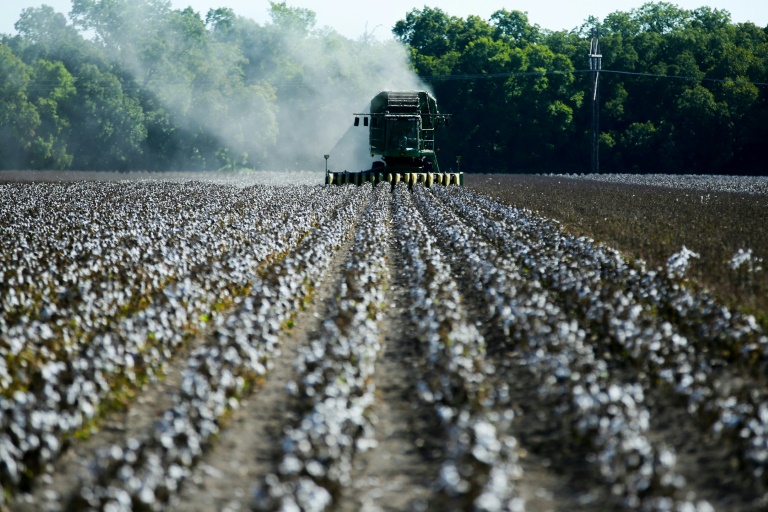 Of its ruined cotton fields, there is almost nothing, 20% to be saved, perhaps. A drought affecting part of the United States destroyed much of the produce of Sutton Page, a farmer in Texas.

This year, his harvest was “not the best,” he says with the restraint of a man who has seen others. The reality is a disaster: In his region in the north of the state, he assures AFP by phone, almost all of his colleagues will not even harvest their cotton, leaving their “empty, empty” fields.

Texas produces nearly half of US cotton, and the US is the world’s third largest supplier behind India and China. This year, national production will hit its lowest level since 2015, down 21% year-over-year, and Texas will experience a 58% drop, according to the latest estimates from the U.S. Department of Agriculture.

In the state’s northwest, where “cotton is king” and water is scarce, the 2022 harvest “could be one of the worst in the last 30 years,” worries Darren Hudson, professor of agricultural economics at Texas Tech University. In August he estimated economic losses for the region at two billion dollars, along with the effects of the downturn in other textile industries.

Landon Orman, 30, works on 2,000 acres near Abilene, three hours west of Dallas. Unirrigated cotton did not “germinate”, partially irrigated cotton did, but the yield should be halved. In total, he estimates an 85% decline compared to a typical year’s production.

Like many others, he benefits from crop insurance, so “financially, it is good. But as a farmer, not being able to grow our plants really annoys us and that’s what I like,” he says.

In Lubbock, the local cotton capital, rainfall over the past 12 months – before a very late downpour in August – was about half of normal.

“From May, we saw days over 37°C and winds of up to 50 km/h, which fried everything,” he recalls. Texas recorded its second warmest summer on record.

At home, irrigation was not possible, and he had to plow four-fifths of his cotton fields and grub them to prevent them from drying out.

Of the remaining 20%, Sutton Page describes “less vegetation,” smaller fruit, less cotton. “We look at whether it is economically profitable to carry out the harvest, or whether to destroy it. »

This year of drought, notes Barry Evans, “is something you tell your grandchildren about.” On his 800 hectares of cotton near Lubbock, only the irrigated quarter is harvested, the rest abandoned.

Being a farmer on these high plains of Texas, “you know there are going to be bad years,” Mr. “It’s just part of life here,” says Evans. “We have not forgotten” 2011, with its drought and its worst harvest, says the 60-year-old farmer.

2022, which ends at the end of the year, could be even worse. Are they more and more frequent?

The region is “subject to worse conditions than last year,” and these settle over time, notes Curtis Riganti, a climatologist at the Center for Research Dedicated to Drought. But, sensibly, he doesn’t want to blame climate change, which is making extreme weather events more frequent and more extreme on a planetary scale.

“In the last ten years, we’ve had five, six years of drought, one or two of which have been devastating,” said Cody Besant, director of the Cotton Growers Association of Lubbock.

Among the farmers, “it’s been a very hot summer”, and “we’re all wondering: + frequent droughts? +”, notes Barry Evans.

It’s “the main topic of conversation. »

These farmers in Texas, a state with the most climate skeptics, see repeated cycles of uncertainty.

While waiting for answers, everyone tries their best to maintain moisture in the soil.