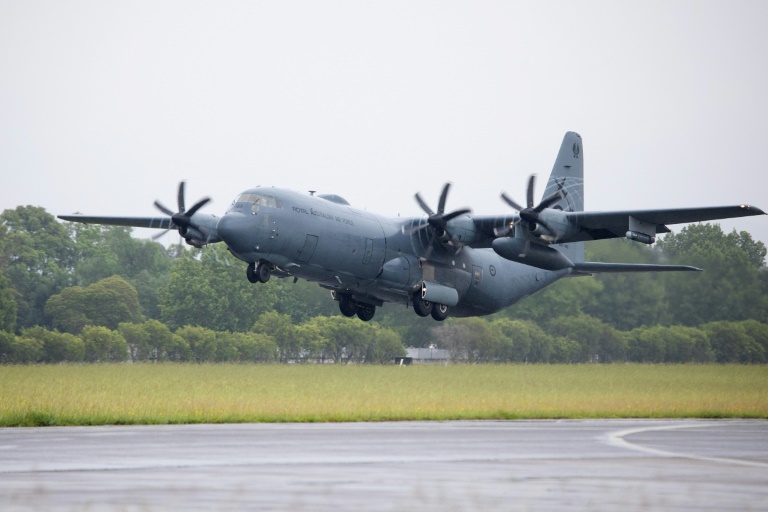 The first two planes carrying long-awaited emergency aid to the islands of Tonga, which were cut off from the world five days after the catastrophic eruption and tsunami, took off on Thursday morning.

The two Australian and New Zealand military planes, with humanitarian aid and telecommunications equipment, are about to land at the airport in the small Pacific country, which has been hit by an “unprecedented” disaster, the Tongan government has said.

The runway on the main island of Tongatabu was closed by volcanic ash five to ten centimeters thick on Wednesday, rendering it unusable until now.

A “C17 Globemaster” took off from the Amberley Air Force Base in Australia at 7am on Thursday (Wednesday 2000 GMT), an Australian security official told AFP.

New Zealand, for its part, announced that a Hercules C-130 military aircraft was also en route to the Pacific Islands.

Aid arrives by sea: The Australian Navy’s HMAS Adelaide is set to sail to Tonga with relief supplies.

An Australian security official said Canberra’s departure on Friday was “hope and intention”.

About 84,000 people, or more than 80 percent of the population of the islands of Tonga, have been affected by the eruption of the Tonga-Hunga Ha’bai volcano and the ensuing tsunami, the UN said Wednesday, especially in the task of evacuating the affected islands. Were going on.

In addition to restoring drinking water and food, telephone and internet connections to the most urgent humanitarian needs, UN spokesman Stephen Dujarric said.

The Tonga-Hunga Ha’boy volcano erupted on January 15, killing three people and injuring several others, causing a tsunami that destroyed homes and submerged them in floodwaters.

The Tongan government called the disaster “unprecedented” and said waves up to 15 meters high had destroyed all homes on some islands.

The eruption, which was heard up to 9,000 km away in Alaska (USA), was the largest ever recorded in decades – a large smoky mushroom at an altitude of 30 km, scattering ash, gas and acid rain across 170 islands. Archipelago.

“Tonga’s water supply has been severely polluted by the ash and salt water of the tsunami,” said Katie Greenwood, of the International Federation of Red Cross and Red Crescent Societies.

“There is a high risk of diseases like cholera and diarrhea,” he said.

With tears in his eyes, Fatafehi ​​Fakafanua, Speaker of the National Assembly, confirmed that “all agriculture is ruined.”

“It’s very sad to hear, so in addition to the water we need in Tonga, we’re going to face food shortages,” he told the Pacific Media Network.

According to the New Zealand National Institute for Water and Atmospheric Research, the eruption sent a large pressure wave onto the planet, traveling at supersonic speeds of about 1,231 kilometers per hour.

This led to the breakdown of the communication cable that connects the archipelago to the Internet network. Tonga is now disconnected from the world.

It will take at least four weeks for US cable company SubCom to restore Tonga’s connection. The latter explained that the cable appears to have been cut in two places: the first 37 km along the coast and the second near the volcano, which makes it difficult to repair.

For the first time since the disaster, the Red Cross reached out to its team in Tonga by satellite phone on Wednesday. The organization sent an emergency team to the worst-affected mango, phonofua and Namuka islands.

The village on Mango Island, which triggered an emergency lighthouse earlier this week, was completely destroyed. In many villages only a few houses stand.

Satellite images from Maxar Technologies show the vast expanse of water where most of the volcano rose above the sea before it erupted. Only two relatively small volcanic islands remain.