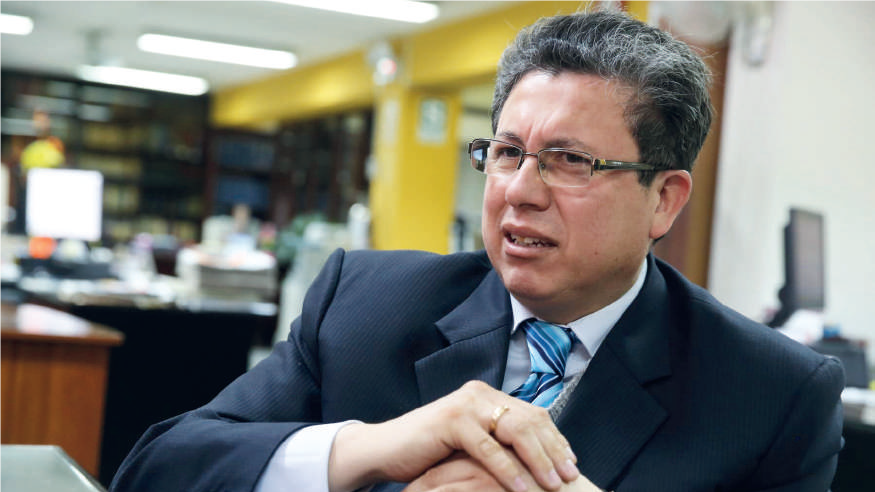 In an interview with Argentine news site “Infobay”, former Peruvian Foreign Minister Miguel Rodríguez Mackay broke his silence on the rupture of relations with “SATR” announced on August 18 and their subsequent recovery. From September 15.

Rodríguez Mackay, an expert in international law backed by research and known for his support for the Kingdom of Morocco’s territorial integrity and sovereignty over the Sahara, submitted his resignation to Pedro Castillo’s government on September 9. Disagreements with the President on foreign policy led to his removal from office, which he held for about thirty days.

“Foreign policy is led by President Pedro Castillo. I explained to the President and his delegation at the Government House that the Sahrawi Arab Democratic Republic (SADR) is only the result of a process prepared by Polisario with the support of Algeria. The Sahrawi people have about 400,000 people, 360,000 of them in the Moroccan Sahara and the other 40,000 in Algerian territory. They also live in Tintofil. Where is the Saharawi state? A fundamental aspect of a state is that it must have a nation and a territory,” Mackay said in response to an interviewer’s questions.

Following these arguments, far from being motivated by interests with Morocco, as the Polisario and Pedro Castillo “Peru Libre” political formation said, the Peruvian president ordered the implementation of the “SADR” withdrawal recognition. According to Mackay, he explained, “I am an academic and researcher. As an expert in international law, I reached the conclusions I communicated to the president. (…) Since Morocco has a clear vision of international law about what the Sahara is, it would be inappropriate for me to have a position that contradicts my beliefs.”

Since September 8, Pablo Castillo has clearly announced his disagreement with the August 18 decision in a tweet, in which he has “decided to withdraw his recognition from this bogus fictitious organization and sever all ties with it. Support for the autonomy initiative in the Moroccan Sahara”. The president then appointed Cesar Landa to replace Mackay. The new foreign minister announced on September 15 that he would restore relations with the Polisario.