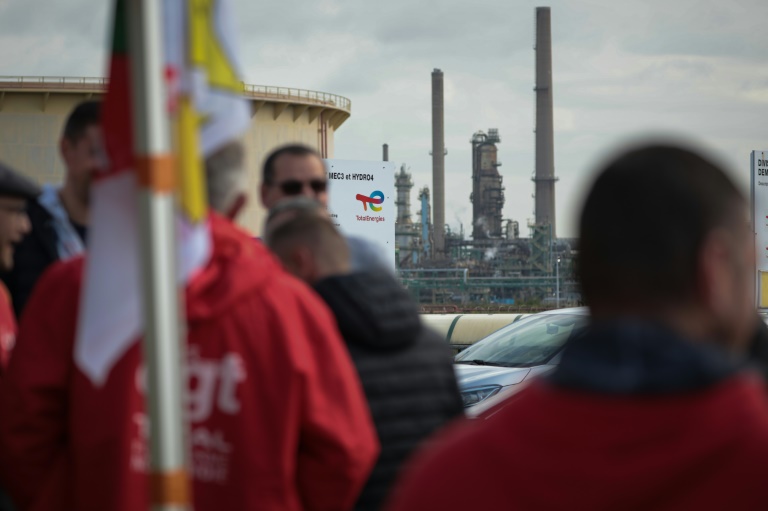 The strike for wages at TotalEnergies was renewed Thursday morning at the Gonfreville refinery (Seine-Maritime) and the Feyzin depot (Rhône), but suspended at all other sites, Eric Cellini, national coordinator of the CGT for TotalEnergies, told AFP. .

“This movement continues in Gonfreville and Feyzin. It hangs everywhere else,” he said.

After three weeks of blockades, the workers of the “Flandres” base in the Bouches-du-Rhône in Martic near Dunkirk and La Madde decided to resume work on Wednesday evening when the teams worked in their quarters.

The end of the strike was voted earlier at the Tongues Refinery (Lower-Atlantic).

The mobilization launched by the CGT on September 27 resulted in major fuel supply problems, mostly in the face of dry service stations that irked individuals and professionals.

Since the strike began, many employees have been reassigned to the Flandres and Faisin depots in an effort to maintain supplies.

The pressure is compounded as the school holidays approach, with departures starting on Friday evening.

At 1:00 p.m. on Wednesday, one in five service stations (20.3%) faced difficulties in supplying at least one fuel (compared to 24.8% on Tuesday), with an even more tense situation in Bourgogne-Franche-Comté (33, 1%). ), Ile-de-France (30.5%) and Auvergne-Rhône-Alpes (29.4%), according to the latest figures from the Ministry of Energy Transition.