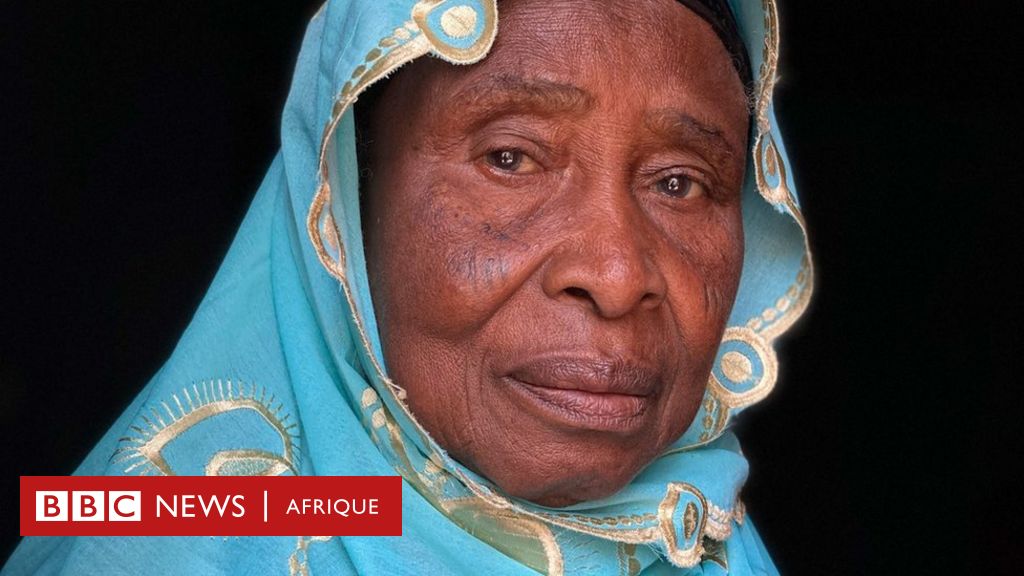 For 22 years, the Gambians have lived under the control of former President Yahya Jammeh, whose rule has been marred by allegations of human rights abuses, murders, witch hunts and forced labor – Mr Jammeh has denied any wrongdoing before. Since its tragic election defeat five years ago, the country has struggled to understand its painful history, especially through art.

Fatu Terema Zheng was emotional when he first saw his photos in the museum “The Memory House”. But she does not have the usual frustration and sadness she feels when she thinks of what she says she did to her family during Yahya Jammeh’s rule in the Gambia.

Instead of tears, there was laughter.

“I was so happy when I saw my paintings. They were so beautiful. I could not help but laugh that day.”

Her radio technician husband, Sangung Balajo, Mr. Died as a result of a witch hunt conducted on Jammeh’s orders.

The hunts apparently began in 2009, after Mr Jammey claimed that witchcraft was the cause of an aunt’s death, which is said to have occurred from time to time for seven years. They have sown deep terrorism and divisions within the Gambian communities.

Ms. Zheng’s pictures are part of a series of powerful portraits of 11 people describing the horrific abuse they and their families suffered under Mr Jamein’s rule between 1994 and 2016.

The exhibition is entitled We Are Not Finished in the courtyard of Memory House, Gambia’s first memorial center.

The building is operated by the African Network Against Illegal Executions and Enforced Disappearances (ANEKED), which insists that those responsible for human rights abuses must be brought to justice.

It was created a few years after a personal tragedy by filmmaker and human rights activist Nana-Joe Endo.

In 2013, his father Saul Endo – often Mr. Famous businessman who speaks out against Jammu – During his trip to Senegal, he went missing with Mahawa Sam, a former politician he traveled with.

In July 2019, a paramilitary group, the Junglers, which reported directly to Jammeh, admitted to the Jammu regime’s inquiry committee that it had buried the president’s cashews on a walnut farm.

According to the testimony of Omar Jalo, Mr. Endo was abducted in Senegal and assassinated on the orders of the then President.

“Her disappearance really broke our family. She broke us to pieces,” Ms Ndow says.

“A lot of people have ignored us. Something seems to have infected you. They have made you feel guilty too.”

Ms Ndow found that others, mostly women, had a similar experience.

His task in the House of Memory is now to “make the invisible visible,” using visual storytelling as a tool to reveal and preserve the story of what happened during Mr Jammey’s rule – and to aid the healing process.

In addition to the photos, the House of Memory contains personal items such as the identity cards and clothing of those who were allegedly murdered and forcibly disappeared.

The museum is now on the list of sites approved by the Campion Ministry of Education, where schools go to learn more about their country.

“Most of the students were born during the Jammeh period, so they only knew the dictatorship,” explains Sir Ndo, a relative of Nana-Joe who works with him. “Students need to know that dictatorship is not a normal government system.”

Sirra Endo calls it the “overthrow of the dictatorship.” These are workshops where young people learn about human rights and transitional justice.

We Are Not Done paintings created by cell phones by Rohey Cham, Fatou Ndure and Cecilia Wuday Sanyang are the result of this training.

Meanwhile, 18-year-old Ms. Sam realized that she too had witnessed the violation of her human rights. When she was 10, she was going on a school trip to a historic site. On the contrary, Mr. They took the children to Jammeh’s farm and plucked cashews under the supervision of soldiers.

“I never thought it was forced labor because I was so young.”

Six of the eleven stories documented by photographers are related to witch hunts.

The victims were rounded up at gunpoint and taken to secret detention centers. They described being stripped naked, beaten, forced to confess to witchcraft, and forced to drink a mixture of herbal remedies. Some are dead.

Many of those featured in the exhibition live with physical scars, flashbacks, paralysis anxiety and depression due to post-traumatic stress disorder.

When Fatu’s mother was eight months pregnant, she was accused of being a witch and taken away by soldiers. She lost her baby and had at least two miscarriages.

Fado was bullied at school because of the allegations against his mother, and had to leave school at the age of 10. She got married when she was very young. When her husband is at work, she spends her days alone: ​​”I have no friends,” she says.

Fatou was asked not to reveal her identity – which is why the photos on display were of her wearing a headscarf.

Like many on display, this is the first time Fatoo has revealed anything about witch hunting.

As before, she was afraid to talk to herself and those close to her, fearing that “something bad had happened”.

She is not alone. The truth is that many compilers did not testify before the Reconciliation and Compensation Commission (TRRC), which heard testimonies about Mr Jammeh’s life between January 2019 and mid – 2021.

For some it is a very public forum to discuss deeply disturbing incidents as it was broadcast live.

Others are afraid of possible repercussions.

Mr. Jammeh has been deported to Equatorial Guinea – but some of his aides still hold positions of power in villages, the government, the military and national intelligence.

Mr Jammeh may have left the Gambia, but the pain that many feel under his rule is still there.

Since then, life has been a real struggle for Ms. Zheng. She washes clothes and earns some money. But some avoided it, saying, “Our neighbors do not allow my children to eat with them because they say the father is a magician.”

But when she came to the House of Memories, she saw her portraits and her husband’s haftan – a traditional dress, which he had donated to the museum – which was a real catharsis for her.

She feels like she is finally starting to heal.

“I shared my story for the first time and it helped me a lot to heal.”

Exhibition We are not finished, running from mid-May for three months or until the rains come.

All photos are copyrighted. All photos in the exhibition were taken by Rohey Cham, Fatou Ndure and Cecilia Wuday Sanyang.