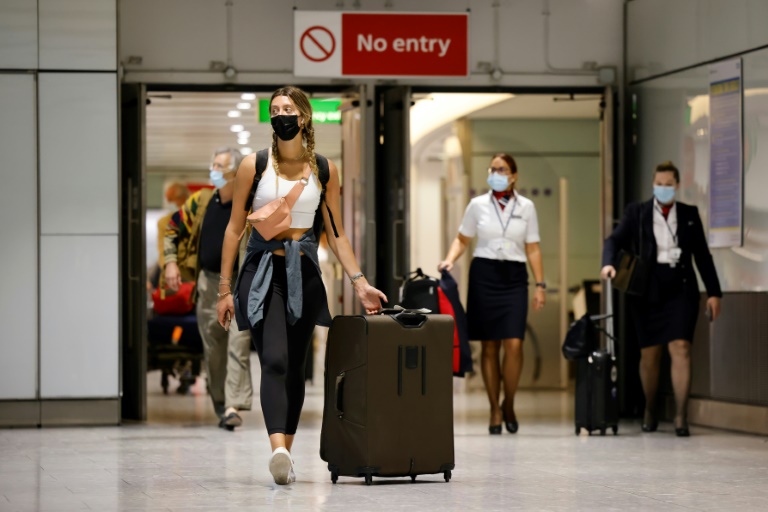 London’s Heathrow Airport has already seen a further decline in the number of passengers passing through its base in 2021 compared to Black 2020, with the cancellation of Omicron variant series flights.

The London “hub” received only 19.4 million passengers last year, a quarter of its pre-infection levels and 12.3% lower than by 2020, according to data released by Heathrow in a press release on Tuesday.

“COVID-19 continues to pose significant challenges to the travel industry” and in December alone “600,000 passengers canceled their travel plans from Heathrow due to uncertainty caused by restrictions on Omicron and international travel,” the airport said.

Restrictions that disappear before reappearing with the arrival of new types “clearly led to a decline in confidence among travelers,” he added.

Heathrow predicts that the number of passengers will not return to pre-epidemic levels until 2025, according to the International Air Transport Association (IATA).

While the UK has already relaxed the Govt-19 test requirements for new arrivals last week, the Airport Committee “urges the UK Government to complete all tests for fully vaccinated passengers.”

It also calls for the adoption of highly predictable and restrictive rules of conduct for the “appearance of anxious variations in the future.”

“The aviation sector will not fully recover until all (restrictions) are removed, and there is no risk of them coming into force again in the very short term,” said Heathrow boss John Holland. -Kaye, quoted in the press release.

Heathrow announced in October that it had accumulated a total of 4 3.4 billion in losses since the outbreak and said it would continue to lose money in the three quarters from 2021 despite the lifting of health restrictions.

It adjusted for pre-tax losses of £ 1.1 billion in the first nine months of the year, more than a third of last year.