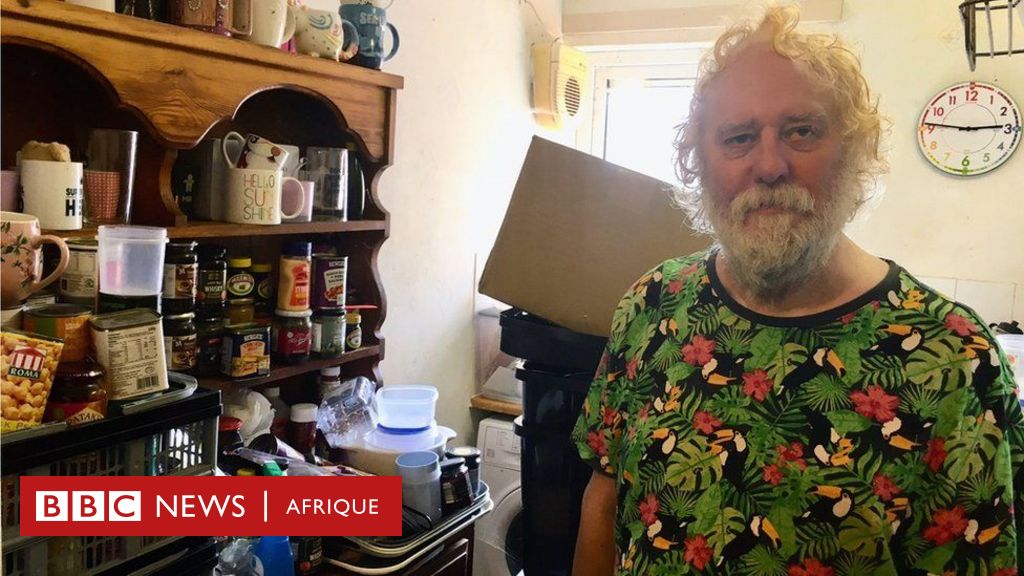 At Edward Brown’s house, you can find almost everything.

Stacked on top of each other with no apparent logic, the accumulated possessions of his lifetime made Brown’s home a difficult place to live.

“There’s nowhere for people to walk when they come here,” the 60-year-old from Blackburn, in northern England, told the BBC.

Mr. Brown realizes he has a problem, but he struggles to deal with it. He suffers from a mental disorder known as hoarding disorder in which the sufferer has great difficulty getting rid of things that are of no importance to others.

“This difficulty often leads to considerable clutter, which makes the living space unlivable,” Gregory Sasson, a clinical psychologist and associate professor at the US-based Illinois Institute of Technology, told the BBC.

“Rooms can’t be used for what they’re designed for: you can’t use a kitchen or a bedroom for sleeping,” he adds.

Hoarding does not discriminate against gender, culture or socioeconomic status.

It affects more than 2.5% of the world’s population, according to the American Psychiatric Association, with a higher percentage among people over age 60 and those with other mental disorders such as anxiety or depression.

According to a study published in December 2021 in the Journal of Psychiatric Research, the severity of symptoms has “significantly worsened” during the Covid-19 pandemic.

Another important aspect of hoarding is the strong urge to acquire and keep things in people with this disorder.

“It’s not just the chaos that you see, but also buying things or collecting them for free or storing safe things that have entered your life,” says Christiana Pratiotis, an associate professor at the University of British Columbia. , Canada, specializes in hoarding behaviors.

“People want to protect these objects because of the beliefs they have about them and the strong emotional connection they have with them.”

Pratiotis explains that some of his patients say, “This collection of things is as effective for me as my sister. To part with it is to sever all ties with her.”

“It represents part of their identity,” he adds.

Hoarders also believe that these items may be needed one day.

The dangers of hoarding

Accumulation poses many health risks – and they are more serious than they appear, starting with physical dangers.

“Mandatory hoarding leads to all kinds of dangers: fire hazards, falls, injuries and the greatest risk of infections that increase the chances of developing diseases such as asthma”, notes Gregory Sasson.

When it comes to mental health, it can lead to social isolation for sufferers.

“They keep secret a condition that is stigmatized by society, interprets it as a problem of laziness, immorality or lack of personal quality, and does not understand it as a mental health problem,” says Mr. Pratiotis argues that

Is there a hoarder in all of us?

Many of us can identify with the tendency to hold on to things for many reasons. In fact, from an evolutionary perspective, we are basically hunter-gatherers, and we bring and keep things in our lives.

But that doesn’t necessarily make us compulsive hoarders.

Mr Pratiotis says it’s important to understand that hoarding is a behavior and that it “occurs on a continuum from mild to severe”.

But when do we encounter a person with a hoarding or “collector’s soul”?

“But it becomes a problem and becomes detectable when it causes impairment or distress to the individual or those around them.”

It also applies to situations where daily functioning within the home is impossible due to clutter and accumulation.

When you think of hoarding, you may have an image in your mind of a house filled with a mountain of hoarded items that its owner is unlikely to walk through the door.

These are very serious events and, for obvious reasons, make headlines and TV shows.

Check out the photo below to get a better idea. This is one of the sources used to assess whether hoarding has become a mental health problem.

This is part of a series of collages showing nine photos of a living room, nine of a kitchen, and nine of a bedroom, ranked from 1 to 9 according to the amount of clutter (1 being messy, 9 being bad).

They come from a 2008 study published in the Journal of Psychopathology and Behavior Assessment, and indicate that beyond stage three, we may be in the presence of a compulsive hoarder.

However, the accumulation of objects is only an expression of the problem, the obvious side.

“Underneath the order, figuratively and literally, are parts of this problem that are less visible, yet are very important drivers of the development of this behavior,” Pratiotis says.

There are certain personality traits — difficulty making decisions, perfectionism, and procrastination — that, when combined, can predispose an individual to developing hoarding disorder.

“We know these people make decisions very slowly, and we question their decisions almost immediately after making them,” he explains.

But there is no single cause for this disorder.

“It’s not just evolutionary biology, it’s not just genetics or neuroscience, but all of these play a role,” explains the researcher.

“We know that the compulsive hoarder’s brain works differently,” adds Pratiotis, adding that these differences were seen in scans of people asked to perform tasks that involved discarding possessions.

“We understand that a combination of these factors along with certain life experiences — especially experiences around loss — causes this problem.”

Although it becomes apparent in middle age, hoarding disorder begins to develop in childhood or adolescence.

“Research suggests that in more than 50% of cases, the problem occurs between the ages of 11 and 20,” says Pratiotis.

“It manifests itself in things like having things that others consider wasteful, but especially in the thought process and beliefs around them,” says Gregory Sasson.

The reason hoarding behavior becomes apparent later in life, the psychologist adds, is because children tend to be tidy for themselves and they don’t really have the ability to collect and store things.

To date, there is no cure for hoarding syndrome. But the most promising treatment is cognitive behavioral therapy (CBT).

The broad goal of CBT is to change the way people think in order to change their behavior and improve how they feel.

“The results are moderate. They are not negligible, but they are not completely satisfactory,” says Mr. Pratiotis.

CBT “aims to provide interventions to reduce the severity and impact of the effects of hoarding and to improve the quality of life of the person with this disorder,” says Mr. Sasson explains.

“And there are other resources like self-help group facilitators or different group approaches,” she adds.

Likewise, parents and loved ones can help a lot.

First, Ms. Pratiotis says, they need to approach the issue “with empathy and warmth, not with an accusatory stance.”

She gives an example: “I’m worried about you living in this house because I know you’re going through something difficult and you can’t use this hallway because it’s blocked, I don’t want you to fall”.

“It’s very weird to say, ‘You’ve got to clear this sidewalk … because you’re going to fall.'”

It’s also important to recognize that well-intentioned friends and family aren’t always the best to help, the researcher adds.

Nevertheless, these individuals may help the accumulator seek and receive external intervention.

Meanwhile, Edward Brown, a Blackburn hoarder, is trying to improve his situation and is setting up a support group in his town to help others in the same situation.

“I enjoy supporting hoarders and seeing how they improve their lives,” she says.