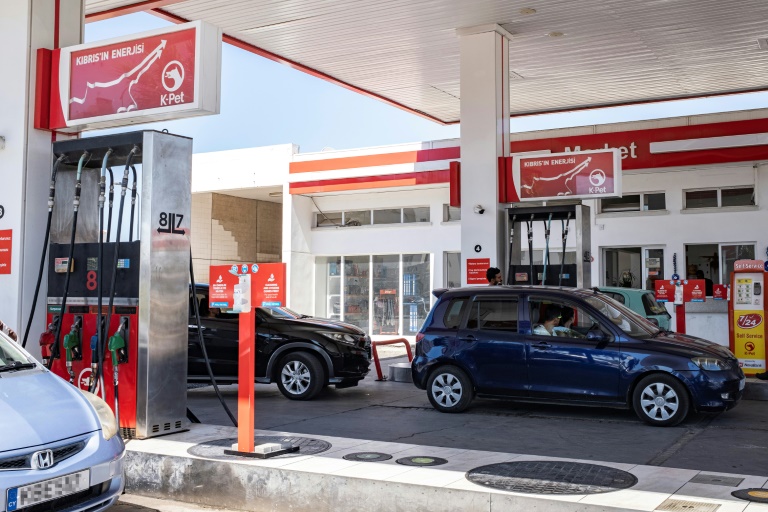 In the divided capital of Cyprus, a line of cars waits at a checkpoint to head north. Greek Cypriots no longer hesitate to go to the “occupied territory” to fill up with gas, taking advantage of the low Turkish lira.

The Turkish military occupied the northern third of the Mediterranean island in 1974, in reaction to a coup by Cypriot-Greek nationalists who wanted to annex the island to Greece. A Turkish Republic of Northern Cyprus (TRNC) inhabited by Turkish Cypriots was recognized only by Ankara in 1983.

Many Greek Cypriots have fallen into disrepute while those who go to eat in the north are generally considered “traitors” in the south.

A headwind in the Turkish lira and falling fuel taxes in the north have made petrol prices more attractive, while southern Greek Cypriots pay in euros and experience inflation not seen since 1981.

According to figures from the Greek Cypriot Police, the number of vehicles using south/northbound road crossings has tripled in a year, from 197,230 between January and August 2021 to 601,749 in the same period in 2022.

“I fill up there every week because with four children and a relatively low salary, I can’t make ends meet,” the 45-year-old woman said in her car at a Nicosia checkpoint. She prefers to remain anonymous, as do most motorists interviewed.

Going north, the cost of a liter of petrol is approximately 25% lower than in the south.

Generally, outside peak hours, it takes ten minutes to get from one side to the other. Time to show his passport to the Greek Cypriot police before being booked a few dozen meters away by the Turkish Cypriot police.

For months, it was not uncommon to have to wait half an hour to enter the “occupied zone” as the Greek Cypriot government calls it.

“My salary is only 700 euros. “Filling up several times a month in the north can save 200 euros,” explains 60-year-old carpenter Fanourios Michael.

“Greek Cypriots represent half of my customers and my income,” explains Turkish-Cypriot Mehmet Del, manager of the K-Pet gas station, located 500m from the crossing point.

This northern gas rush has drawn the ire of the Southern Gas Station Owners Association.

According to its spokesman Christodoulos Christodoulos, the event represents an annual income of 7 million euros for the owners of the service stations and 80 million euros in tax revenue on fuels of the Republic of Cyprus, a member of the European Union.

“This illegal event must be stopped and the + Green Line + regulations must be applied,” said Mr. A demilitarized zone controlled by the UN cuts the island in two, Christodoulou explains to AFP.

This European regulation defines the conditions for the movement of people and goods between the two regions.

However, it is prohibited from moving fuel from “occupied territories” to government-controlled areas, Mr.

Above all, the association accuses the authorities of turning a blind eye to the phenomenon.

Cyprus government spokesman Marios Pelakanos denied the allegations. “The controls are being put in place to reduce illegal movement of fuel while protecting tax revenue and minimizing the impact on legitimate fuel suppliers,” he told AFP.

Skeptical, Mr. Christodoulou told a press conference on Wednesday that his association condemned the government’s approach to the EU. After “exhausting all possibilities of communication with the competent authorities”, he seeks “compensation” from the state for “all damages”.

See also  Govit-19: Announcement of epidemic in the world

The association has also not ruled out contacting Frontex, the EU’s border monitoring agency, for stricter restrictions on the Green Line, even though it is not legally a border.