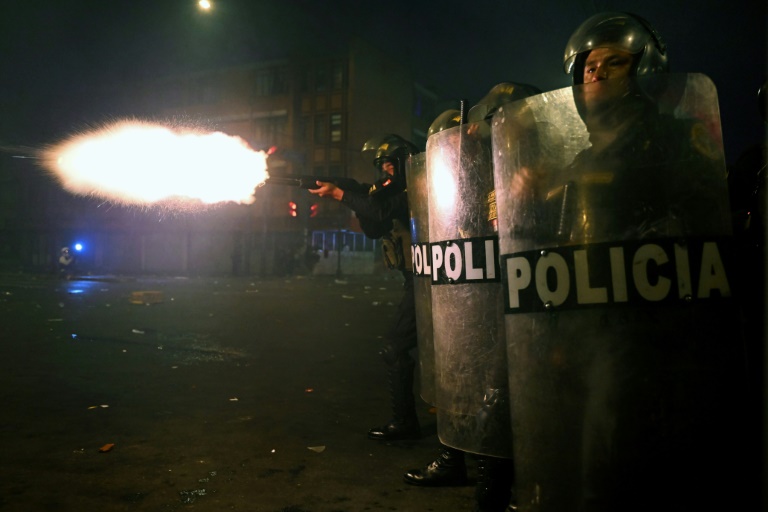 The protests that have rocked Peru since Dec. 7 and killed 46 people will “continue,” Interior Minister Vicente Romero said Monday ahead of a new mass rally in Lima.

“Clashes will continue and we are working intensively with the defense minister,” Romero told state-run TV Peru.

He also considered the country “one of the highest levels of violence since the 1980s” and an armed conflict between the Peruvian authorities and the revolutionary guerrillas of the Shining Path and the Tupac Amaru Revolutionary Movement.

The home minister once again referred to the “sponsoring of protests” by “a minority group” that “doesn’t show its face”, lamenting some 540 injured police officers. Authorities have repeatedly accused the demonstrators of being “manipulated” and financed through drug trafficking and/or illegal mining.

After a large demonstration on January 19 that ended in clashes between police and demonstrators at the end of the day, despite the state of emergency, a new rally of protesters from poor Andean regions is planned in the capital for Tuesday.

Demonstrators are demanding the resignation of President Tina Polwart, the dissolution of parliament and the creation of a constituent assembly.

The unrest began after the impeachment and arrest of leftist President Pedro Castillo on December 7, accused of attempting a coup by seeking to dissolve parliament, which was preparing to oust him from power.

The crisis is also a reflection of the great divide between the capital and the impoverished provinces, which supported Native American President Castillo and saw him elected as revenge for Lima’s humiliation.

As of Monday, 83 sections of road in 8 of Peru’s 25 regions were still blocked by protesters.

Arequipa and Juliaca airports in the south of the country were closed on Monday, their operator Aeroportos Andinos del Peru said. Like the tourist jewel of Machu Picchu, which has not welcomed visitors since Saturday.

More than 400 tourists stranded for several days had to be evacuated. The only way to get to the place – other than walking – has been cut off for days and the rails have been damaged by protesters.

– Liberation of the protesters –

During the night from Sunday to Monday, 192 of the 193 people arrested Saturday at the University of San Marcos, who had stayed to participate in the demonstrations, were released.

The public prosecutor’s office indicated in a press release that after “investigating each of them” and “receiving police reports (…) the provincial prosecutor released 192 people, leaving one in custody.”

Hundreds of them are staying in hostels, political party campuses and the capital’s two universities, including San Marcos.

On Saturday, law enforcement entered the San Marcos campus and rammed the gate with an armored vehicle, forcing occupants to lie on the ground before boarding. On Sunday, relatives gathered in front of the Directorate of Anti-Terrorism (Tircot) in Lima, where the demonstrators were detained, with many local media outlets condemning the controversial police action.