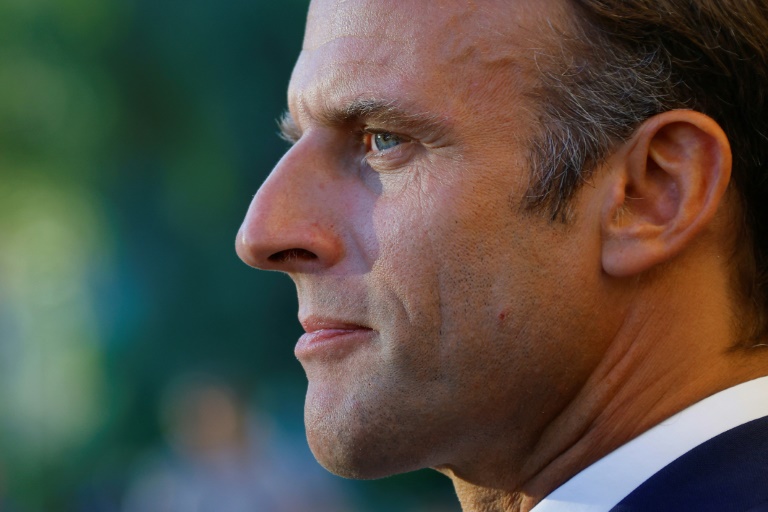 French President Emmanuel Macron begins a three-day official visit to Algeria on Thursday aimed at turning the page on division and “rebuilding” a relationship marked by the weight of the past.

Accompanied by a large delegation of seven ministers, he will be greeted by his opponent, Abdelmadjid Tebboune, at around 3:00 pm (2:00 pm GMT) as he steps off the plane.

The two presidents will visit the Monument des Martyrs, the highest point of Algerian memory of the War of Independence (1954-1962) facing France, before a dinner and dinner at the Presidential Palace.

The visit coincides with the 60th anniversary of the end of the war and Algeria’s declaration of independence in 1962.

Determined to focus the visit on “youth and the future”, Mr. Macron will also meet with young Algerian entrepreneurs before traveling to the country’s second city, Oran (west), known for the spirit of freedom that Roy embodied in the 80s.

Mr. This is Macron’s second visit to Algeria as president, following his first visit in December 2017 at the start of his first five-year term.

Relations between the two countries looked promising with a young French president born after 1962 and freed from the weight of history, who described French colonialism as a “crime against humanity”.

But they were quickly brought to an end by 132 years of colonialism, bloody war and hard-to-reconcile memories after the exodus of a million French people from Algeria in 1962.

He condemned the “unforgivable crimes” of October 17, 1961, when peaceful Algerian demonstrators were massacred in Paris.

But the apology Algiers hoped for for colonization never came, Mr. Macron’s memorial thwarted the outstretched hand, adding to misunderstandings and disappointments.

In October 2021, the French president’s comments accusing the Algerian “polico-military system” of surfing on “monumental rent” and the head of state’s questions about whether the Algerian nation existed before the end of colonialism caused a break.

Mr. Macron has since made amends and both presidents have decided to put the partnership between the two countries back on track.

“Given the instability in the Maghreb, the Sahel conflicts and the risk of war in Ukraine, improving relations between France and Algeria is a political necessity,” considers Algerian political scientist Mansour Gedidir.

Since the war in Ukraine began in late February, Algeria, one of the world’s top ten gas producers, has been under heavy pressure from Europeans to reduce its dependence on Russian gas.

Algerian gas “isn’t really the point of the visit,” Elysee assures, however.

The two presidents will discuss the situation in Mali, the French military withdrawal from there, and growing Russian influence in Africa.

Algeria plays an important role in the region due to its thousands of kilometers of borders with Mali, Niger and Libya. It is also close to its main arms supplier, Russia.

The question of French-issued visas will also be at the center of debate, with Algiers reluctant to readmit unwanted citizens to France, with Emmanuel Macron set to halve them in 2021.

President Macron, on the other hand, will not highlight the work of memory, which is complicated on both sides of the Mediterranean.

In the streets of Algiers, the question of memory caused him to lose a good part of his early sympathetic capital.

“In 2017, before he was president, he spoke well, he made his visit, but after he returned to France, he changed, he gave another speech,” laments computer science doctor Othmane Abdellouche, 62.

“Macron we say + Welcome to Algeria, if the interests are common, we agree, if they are only on the (French) side it is not,” says retired 60-year-old Remtan Elbas.