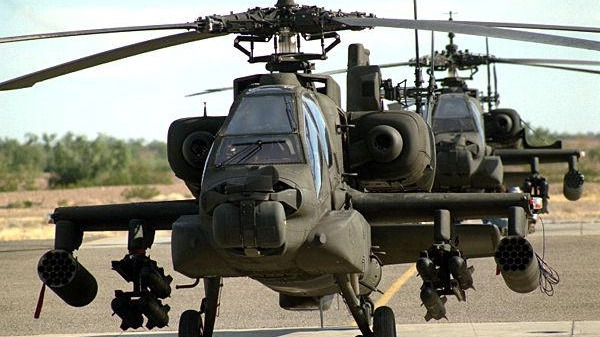 American manufacturer Boeing will take its first delivery of 24 AH-64 Apache helicopters to Morocco next year.

Delivery was originally planned for 2022, but won’t take place until next year, according to US press. The planes are not ready for delivery.

The contract for 24 helicopters was formalized in June 2020. Morocco is the 17th country to purchase AH-64 Apache helicopters. The cost of one flying killing machine is estimated at 13.9 million euros.

The AH-64E Apache is the latest version of this combat helicopter and is equipped with the latest communication, navigation, detection and weapons technologies.

The American manufacturer has delivered around 2,500 units to countries like the Netherlands, Greece, the United Kingdom, Japan, India, Singapore, South Korea and Saudi Arabia.

Morocco has been preparing for months to welcome flying weapons and is making changes to the Kouribka military airport.

In April, a new report from the Stockholm International Peace Research Institute (SIPRI) indicated that Morocco’s military spending increased by 3.2% to $5.4 billion in 2021 compared to 2020.

Morocco is one of ten countries in the MENA region

In 2021, Morocco allocated 4.2% of its GDP to military expenditure, while Algeria allocated 5.6%.

The five largest military spenders in 2021 are the United States, China, India, the United Kingdom, and Russia, all accounting for 62% of global military spending. The US and China alone account for 52%.

According to the 2022 “Global Firepower” ranking, Morocco is ranked 55th out of 140 countries in terms of military power in the world this year.