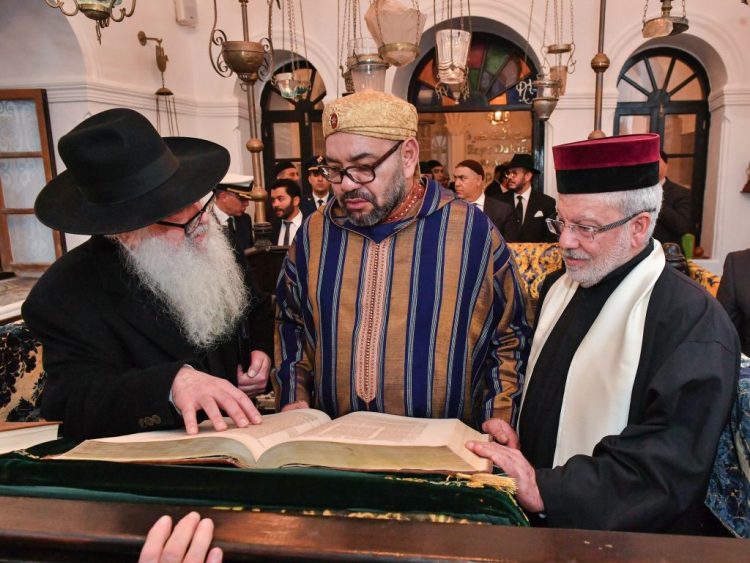 On December 10, 2020, then-US President Donald Trump announced to the world the resumption of diplomatic relations between Morocco and Israel and his government’s recognition of sub-Saharan Morocco. Two years later, the axes of cooperation between Rabat and Tel Aviv span all areas, from industry to military training to intelligence, but also education, health and personnel. Today is a new era with royal instructions for proper representation of Jewish personalities and symbols in the kingdom.

Despite the period of uncertainty until Trump leaves the White House, his successor has not changed approval. Joe Biden stayed the course despite pressure from Democratic and Republican lawmakers.

After talks between Nasser Bourita and Antony Blinken in Washington, Morocco was able to receive an official declaration confirming the tripartite agreement. The Biden administration thus officially and for the first time “ He congratulated » First anniversary of the Joint Declaration between Morocco, Israel and the United States, signed in Rabat on 22 December 2020 before King Mohammed VI. Agreement between Rabat and Tel Aviv to resume diplomatic relations.

The other part of the US decision on December 10, 2020 was to resume diplomatic relations with Israel. In almost a year, the two countries have created a platform for dialogue and cooperation with working groups, to meet, discuss and cooperate, said Foreign Minister Nasser Bourita while participating in the first anniversary celebrations of the Abraham Treaty via video conference on September 17. , 2021.

During this meeting, he emphasized that Morocco and the Israelis have signed “20 agreements”, the most important of which is the Memorandum of Understanding on Military and Defense Cooperation, which was sealed on November 24, 2021, during the visit of Defense Minister Benny Gantz. Rabat. This is the first time Israel has signed with an Arab country. In addition to this high-profile visit to the Kingdom, former Foreign Minister and current acting Prime Minister Yair Lapid’s visit to Morocco in August is also worth mentioning.

The kingdom reaffirms its Jewish culture

King Mohammed VI’s visit to Bayt Dakira, the historic monument of the Moroccan Jewish community in Essaouira, came out of nowhere. Performed on January 15, 2020, the royal visit symbolizes respect for the Jewish faith and its adherents.

In Essaouira, the King’s celebration of Moroccan Judaism was warmly welcomed by the international community. Israel’s former president, then-incumbent Reuven Rivlin, praised the king’s continued enthusiasm. His forefathers’ legacy of close ties with Moroccan Jews and the promotion of coexistence among Muslims, Jews and Christians. ».

Key to Morocco’s Reputation” The Arab world is an exception “and” A good house in a bad neighborhood Its admirable security apparatus and legacy of religious tolerance, pluralism and coexistence. “, supports Rivlin, President of the State of Israel from 2014 to 2021.

Morocco was once home to the largest Jewish community in the Muslim world, reaching a population of 300,000 at its peak.

Jewish presence in Morocco dates back 2,500 years and long before the arrival of Arabs from the Middle East in 680 AD to the time of the Phoenician Carthaginian state.

The tide finally turned in the 20th century when he ascended the throne and strengthened Morocco as a bulwark against the anti-Semitism that ravaged Europe during World War II.

Symbols rather than living things

Today, the Kingdom reaffirms its Jewish culture. On July 13, King Mohammed VI presided over a council of ministers in Rabat, during which several measures were taken for the proper representation of Jewish personalities and symbols in the kingdom.

The mechanism submitted to the King’s Highness, drawn up after extensive consultation with representatives of the Jewish community and its dignitaries, includes the following structures:

The National Council of the Moroccan Jewish Community: It manages the affairs of the community and preserves the heritage and cultural and religious influence of Judaism and its authentic Moroccan values. The Regional Committees formed from the Council are responsible for managing the day-to-day affairs and queries of the members of the community.

Commission of Moroccan Jews Abroad: It works to consolidate the ties of Moroccan Jews established abroad with their country of origin, to strengthen their religious and cultural influence and to protect the supreme interests of the Kingdom.

Foundation of Moroccan Judaism: Its mission is to promote and monitor the Judeo-Moroccan intangible heritage, preserve its traditions and preserve its uniqueness.

According to a statement dated June 20, 2022, following the signing of an agreement between Foreign Minister Nasser Bourita and Israeli Interior Minister Ayelet Sheikh, Israel will be allowed to hire Moroccan construction and construction workers. The aim is for representatives of Israeli industry and trade unions to look specifically at skilled workers in Morocco.

Yitzhak Moel, head of the Histadrut Construction and Wood Workers Union in Israel, was quoted by The Jerusalem Post as saying: “We are short about 40,000 workers in ten different industries. We hope to add around 15,000 Moroccan construction workers in a few steps. This could actually improve the pace of construction in Israel. »

“After the peace agreement was signed, the Moroccan government started talking to us. We knew that Morocco had a large number of skilled workers and thought about how to make it work. Teams should be sent to Morocco to test the expertise of the workers, he said. Thus, Yitzhak Moel pointed out that Moroccan workers may start arriving in Israel as early as 2023, where they will receive higher wages.

It is still undecided whether the Moroccan workers want to go to Israel. Many may fear being sent to work in the occupied Palestinian territories and to build settlements. It is not yet known what the residency status of these individuals is, whether this recruitment is timely or whether family reunification is possible. History also requires people to be socially integrated. The second largest Moroccan diaspora already lives in Israel, with nearly one million people of Moroccan descent.

See also  The oceans saved us, and now it is our turn

At the same time, Morocco suffers from a lack of skilled workers in the health sector, which endangers the successful introduction of health reform and universal health insurance, as a greater demand for medical care is expected than the existing person. .

MoU to build hospitals in Morocco

The revival of diplomatic cooperation between Morocco and Israel has accelerated the multilateral relations between the two countries.

A memorandum of understanding for the construction of hospitals in Morocco was signed between the Ministry of Health and Social Security and the Israeli company IMS Ovadia Group Ltd.

The agreement was signed in a ceremony presided over by the Minister of Health and Social Security, Khalid Ait Taleb, as part of strengthening bilateral cooperation and promoting investment and innovation in various sectors, including the health sector, the ministry said. A statement on Thursday.

The MoU, which is part of a public-private partnership approach, aims to establish a community development model based on the principles of equality and solidarity, in line with the high directives of King Mohammed VI. Implementation of an investment plan for the construction and equipment of hospitals with the participation of IMS Owadia Group Limited, estimated at 5 billion dirhams.

The first phase of this investment project relates to the construction of 5 hospitals with a capacity of 1,000 beds in the areas of Dakhla-Oued Eddahab, Fez-Meknes, Daraa-Tafilalet, Oriental and Marrakech-Safi.