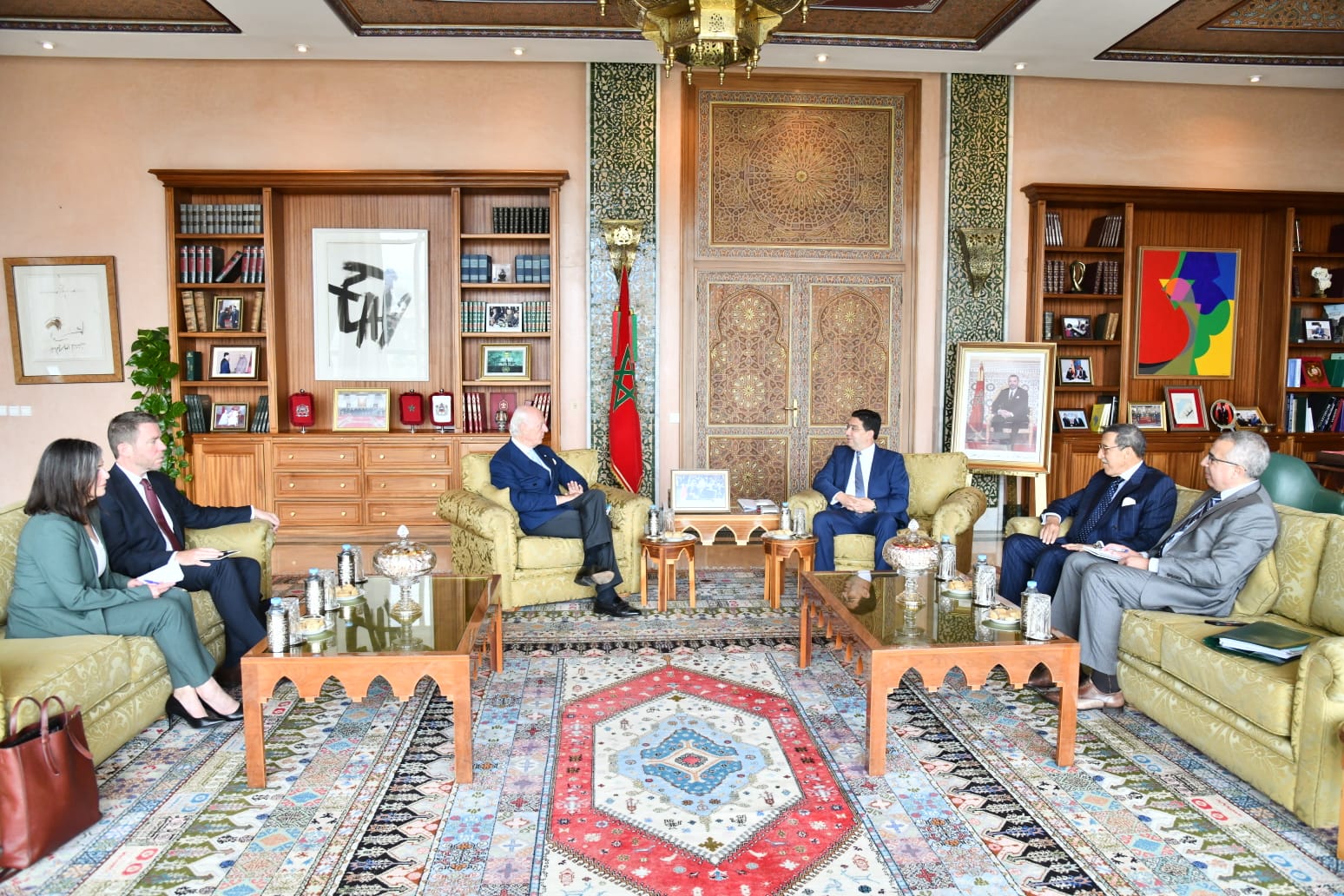 In the context of the crisis, the Special Envoy of the United Nations Secretary-General for the Sahara, Staffan de Mistura, is going to Morocco in the framework of an official visit, during which he met with the Minister of Foreign Affairs, Nasser Bourita. The latter received the UN ambassador at the headquarters of Moroccan diplomacy, accompanied by a delegation consisting of several officials and the kingdom’s permanent ambassador to the UN, Omar Hilale. The talks focused on the political process and the prospects for its revival. Unhesitatingly, Morocco, faithful to its tradition of openness, expressed its commitment to the political process and in particular to the round tables initiated by former Special Envoy Horst Köhler.

The Moroccan delegation reiterated Morocco’s commitment to the political process of the Round Tables, according to Resolution 2602, which calls for a “realistic, practical, lasting and compromise-based” political solution to the territorial dispute over the Moroccan Sahara, according to a press release issued by the Ministry of Foreign Affairs.

If Moroccan volunteers resume its place at the Round Tables. Algeria is reluctant and categorically denies any participation. Amar Belani, the Algerian president’s special envoy for the Sahara issue, announced his country’s withdrawal from the process several months ago under the pretext that it was “outdated”.

Convincing Algeria to return to the negotiating table is a new UN mission. The main challenge to the ambassador seems to be that Morocco, as a major party to the conflict, demands that Algiers be associated with a future settlement.

During the talks, the Special Envoy took note of the Kingdom’s position on the Sahara issue. In a speech at the 46th anniversary of the Green March on November 6, 2021, Morocco’s delegation recalled the constants of Morocco’s position, reaffirmed by HM King Mohammed VI. Morocco, let’s remember, is about political settlement. , based exclusively on autonomy initiative within the framework of national sovereignty. Let us remember that this position enjoys wide international support knowing that many influential countries like the United States, Germany, Spain support the Moroccan initiative.