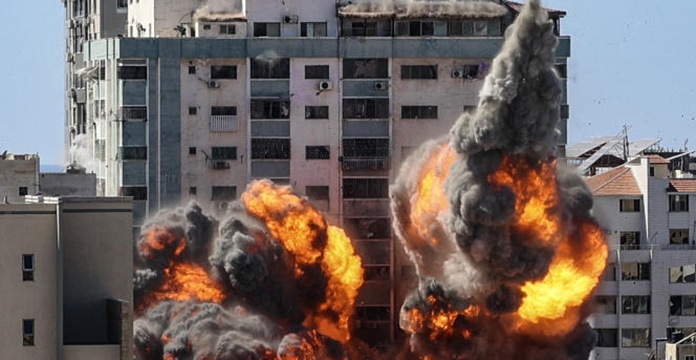 The Dutch Court of Appeal on Tuesday disqualified itself from hearing a case filed by a Palestinian and a Dutch citizen responsible for the deaths of six relatives in the 2014 Israeli attack on Gaza.

“Dutch courts are ineligible to decide the petition” because it involves military personnel enforcing Israeli government policy, the Court of Appeal in The Hague ruled in late January 2020, confirming a decision from the Hague tribunal. The latter ruled that the case was inadmissible under international law.

Ismail Ziada, who has appealed against the verdict, says he lost six members of his family – his mother, three brothers, a brother-in-law and a young son-in-law – in an Israeli airstrike on al-Buraj refugee camp. In the Gaza Strip on July 20, 2014 as part of Operation Protective Edge.

In September 2019, he asked the Hague court to open a war crimes trial against Penny Kants and former Israeli Air Force chief General Amir Eschel. He argued that it was impossible for him to get justice in Israel.

While insisting that “the plaintiff should not be blindsided by the suffering”, the Court of Appeal ruled that the Dutch courts were ineligible for actions carried out by “high-ranking military personnel who carried out the official policy of the State.” Israel ‘.

Since last year, the Israeli Defense Minister Mr. Kantz was the commander-in-chief of the Israeli forces during the test.

It killed at least 2,251 people on the Palestinian side, mostly civilians, and 74 on the Israeli side, mostly soldiers.