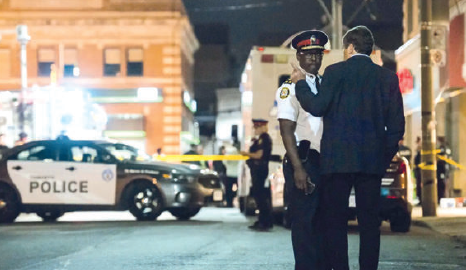 Local media reported that one person was killed in a shooting that took place on Saturday morning in Toronto, Canada. The shooting occurred in the city center of Ontario’s capital, near Chinatown. Local police units who arrived at the scene immediately found a man lying on the ground and pronounced him dead on the spot. An investigation was carried out by the Homicide Squad to clarify the exact circumstances of the shooting. In a statement, Toronto City Police asked anyone with helpful information to contact authorities.

The insecurity that has rocked the nation’s major cities has prompted authorities to take action against the proliferation and circulation of handguns. Among these measures was the decision to freeze the handgun market to better control the circulation of firearms in the country and further ensure the safety of citizens.

See also  Abdella Mouthaki tells the inspiration for "The Story of This Undoubtedly Charming".