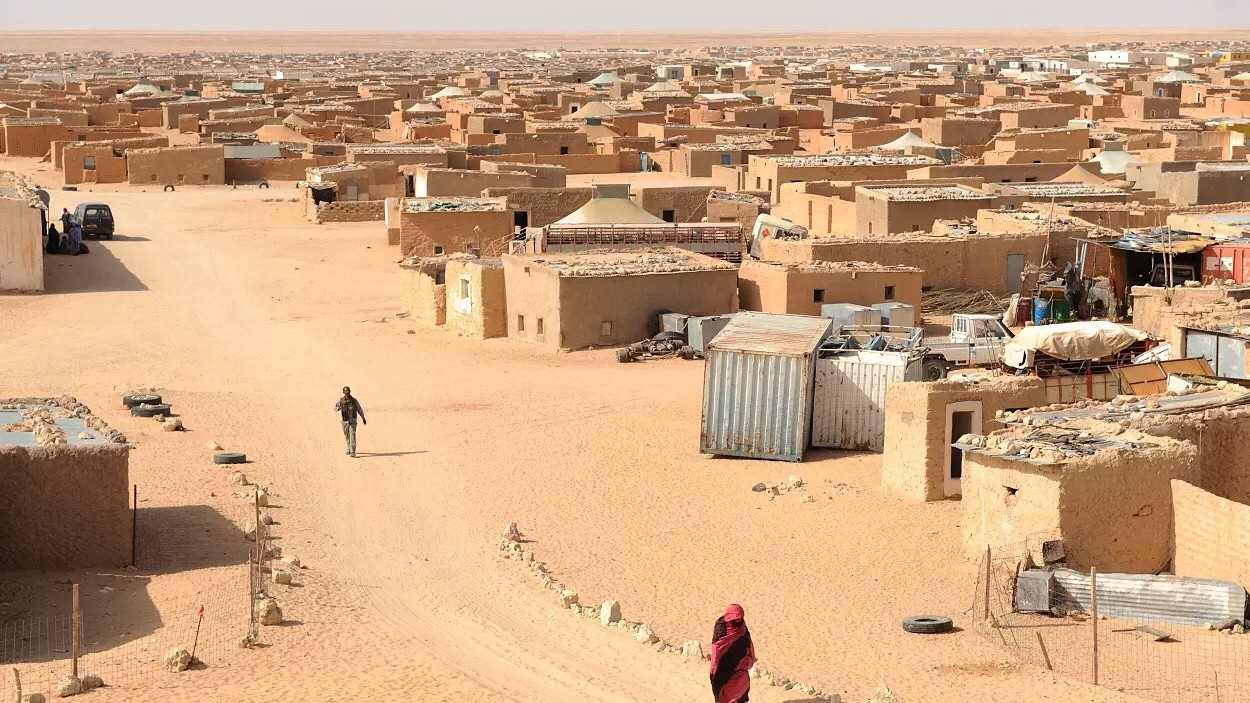 Kiosk360. Leaders of the separatist front, with their Congress approach, are ramping up the media, rather clichés and selfies, so as not to be forgotten by the people in the camps. This article is a press review of the Asaba newspaper.

The Polisario is preparing to hold its 16th congress in the Tindouf camps. In the camps, an air of “electioneering” reigns. A bogus election campaign to tell the truth, for half a century, we have seen the rotation of the same faces in different command posts of the front and its puppet republic, as underlined daily. Asaba On its delivery on Monday 26th September.

Thus, the daily explains, by resorting to new communication technologies, each official is surrounded by his own electronic militia, which is responsible for restoring his image with the population. So social networks have for some time been plagued with images and clichés of top leaders busy flaunting their skills and achievements, or so they believe. For the most part, the Algerian official media, called for reinforcements, are not required to be heard and continue to play the game willingly on a daily basis.

Apparently, the isolated people in the Tindouf camps were not fooled. She knows that the leaders of the Polisario armed militia have long been reduced to mere puppets. Diplomacy and the Algerian military have always led the game, even more so today. Polisario’s leaders are not simply pushed aside, but pushed into the background. They become more and more entangled when we see the scandals they are involved in and the pans they pull.

See also  Great Britain: After the murder of a spouse, security is in question

But now with M. Congress coming up, the same joke has to be played again. And by a magic, the leaders of the front are more and more visible. One of the most noted comebacks is undoubtedly the fake foreign minister, Salem Old Salek. Here he takes a picture with the leaders of Peru, and after that, a so-called meeting with the officials of South Sudan, and then another picture with the leaders of the same country in New York. It was here that he took one of his most expensive shots with the head of Algerian diplomacy. The two flew in from Algiers to be photographed together in New York.

In short, the daily explains that this leader, who has been in office since 1998, will abuse the people in the camps not because of clichés here and there. Everyone knows that there, as elsewhere, he continues to rely on money for humanitarian aid to the camps, for a medical center for his descendants in Ecuador, and to take care of his other investments in this country. In addition to accounts opened in his name in Panama, he is also known to hold shares in an Algerian bank.

According to the newspaper, Polisario leader Brahim Khali has also recently stood out for his frequent appearances on social networks and Algerian media. From the Decad summit in Tunisia to the inauguration of Angola’s new president, including Kenya’s inauguration, the leader of the armed militia continues to “multiply selfies” in front of media cameras, which he has ordered displayed everywhere in the camps.

See also  Vienna, the capital of the fountain

Of course, this is all just a joke. Residents of the camps know very well how the leaders of the Front in Algiers or other countries lead a good life, while pushing the youth of the camps to start provocations against the FAR, in suicidal activities, beyond the security system, in the buffer zone.

Everyone in the camps, Asaba continues, knows, or at least expects, that the next conference will be a veritable “political massacre.” It is no longer lost on anyone that Brahim Khali is determined to liquidate his opponents politically in order to firmly establish his grip on all the teeth of the Front.

We already know that leaders such as Basir Mustafa Said, Mustafa Mohamed Ali Sid El Basir or Mohamed Lamin El Bouhali are banned from any activity related to preparations for the Congress, the daily underlined.