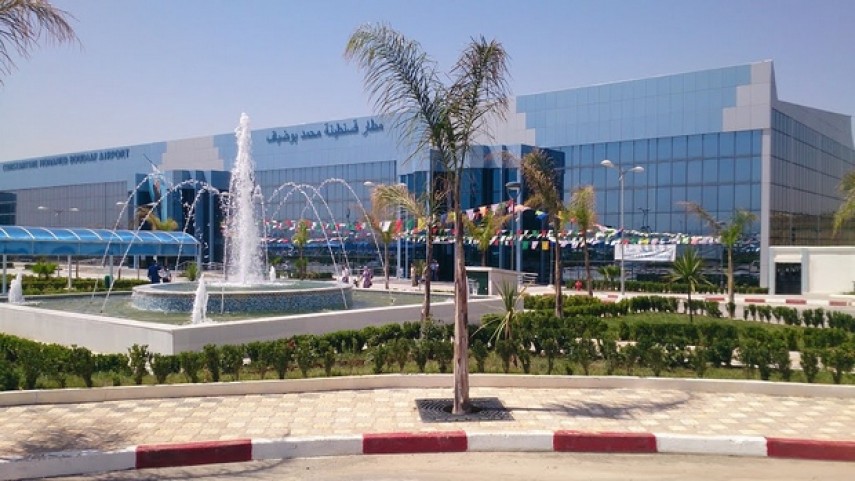 A hijacking operation carried out on a military aircraft serving the Dintouf-Constantine link was foiled on Tuesday, September 27, 2022. Thousands of undeclared smartphones were seized at the airport of Constantine, the 3rd Algerian city, the capital of eastern Algeria. The affair sparked a scandal involving members of the Polisario and high-ranking soldiers.

Police and customs officials at the Mohammed-Boudiaf airport in Constantine seized a thousand undeclared mobile phones hidden in the luggage of several Polisario members on September 27, 2022, the electronic site “Maghreb Intelligence” reported. The smartphones, which were meant for resale, indicated at least 17 shopping bags were stuffed with various undeclared items and were banned.

An internal investigation was conducted in the 5th Army Region to identify all accomplices involved in the operation.

Investigations conducted by the competent prosecutor’s office have shown that several high-level players comprise the smuggling network established in Tintouf. The same source notes that some army officers have already been suspended, while others are undergoing thorough investigation. The latter are suspected of facilitating access to military aircraft for smugglers, allowing them to transport various valuables such as jewelry or smartphones, and then feeding the actual smuggling traffic.

The electronic site also indicates that research and investigations are still ongoing at the regional military analyst level.

He noted that firm instructions have been given not to disclose any information. This is what “Maghreb intelligence” refers to, indicating that the Ministry of National Defense in Algiers is trying to cover up this scandal in order not to damage the credibility of the Algerian military establishment.