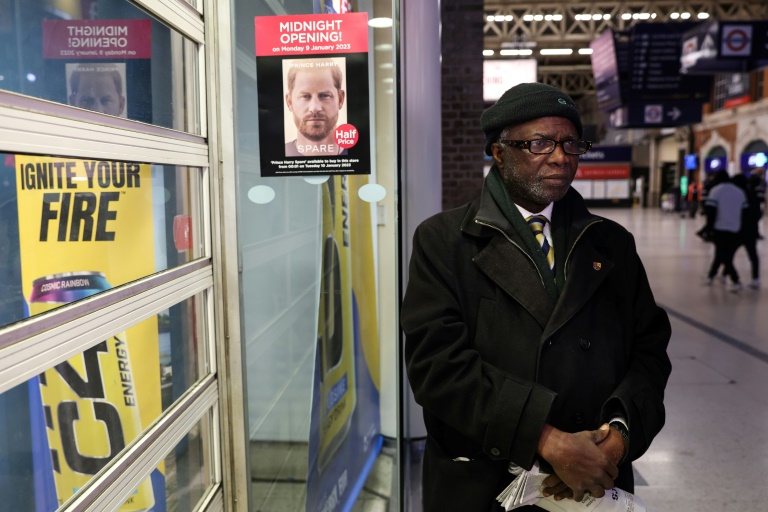 With an editorial blow and a great opening, Prince Harry’s memoirs, whose most explosive columns against the British royal family have already been widely popularized in the media, hit bookstore shelves on Tuesday.

In the United Kingdom, the first copies of the book should go on sale after midnight (local and GMT) at a few retailers. Some brands offer it at half price (14 pounds or 15.90 euros instead of 28 pounds).

In English, the book is published in the United Kingdom, but also in the United States, Ireland, Australia, New Zealand, India, South Africa and Canada. Also published in 15 languages. Bookstores in Spain had already put it on their shelves by mistake within hours of Thursday.

Four months after the death of the hugely popular Elizabeth II, divisions within the British royal family are coming to light, leaving the institution with planetary influence in deep crisis.

We already know that William, the heir to the throne, his “beloved brother and sworn enemy”, is his main target. But King Charles III, the head of 15 nations who will be crowned on May 6, is not spared. Like William’s wife Kate and Queen Consort Camilla.

The 38-year-old prince has given several television interviews to promote and defend his book, from California, where he was exiled in 2020 with his wife, Meghan.

Why expose yourself like this after three years of stepping aside from the British monarchy? “After 38 years, many people have told my story with deliberate distortions and manipulations, I felt it was the right time to reclaim my story,” he explained on British channel ITV on Wednesday evening.

But nothing was done “with intent to injure or harm” her father Charles III, her brother William or their family.

Prince has shown willingness to reconcile with his family. But on the American channel CBS, William admitted that he and he are not talking to each other at the moment and that he has not exchanged words with his father “for a while”.

Buckingham Palace did not respond to the prince’s statements. The Sunday Times quoted those close to Prince William as saying he was “sad”, “burning inside”, but “keeping calm for his family and country”.

In a key moment on ITV, Harry denied accusing the royal family of racism, and in March 2021 a family member questioned him about the color of his skin on US television. Unborn son, his wife is mixed race. The interview reignited a heated debate about racism in the United Kingdom.

The British press, often very hostile to the “Sussex”, believes it sees an “olive branch” being extended to the royal family, but the damage to newspapers has already been done.

In his book, Harry accuses William of knocking him to the floor during a 2019 argument over Meghan, whom he married the year before.

He accused his brother and his wife Kate of having “stereotyped” Megan, a mixed-race American actress, and “created a barrier” to welcome him into the family.

Harry hits out at his father’s wife Camilla, now Queen Consort, saying she may have “leaked” some details of private conversations published in the media.

Despite intense publicity in the days leading up to its broadcast, The Interview was watched by 4.1 million viewers on ITV, double that of the BBC which aired the series.

See also  Russia: Gorbachev's funeral, without the pomp, without Putin

The British seem tired of Harry and Meghan, who have been omnipresent in the media for weeks. Their unpopularity reached a record high. According to a YouGov poll, 64% of Britons have a negative image of Harry.