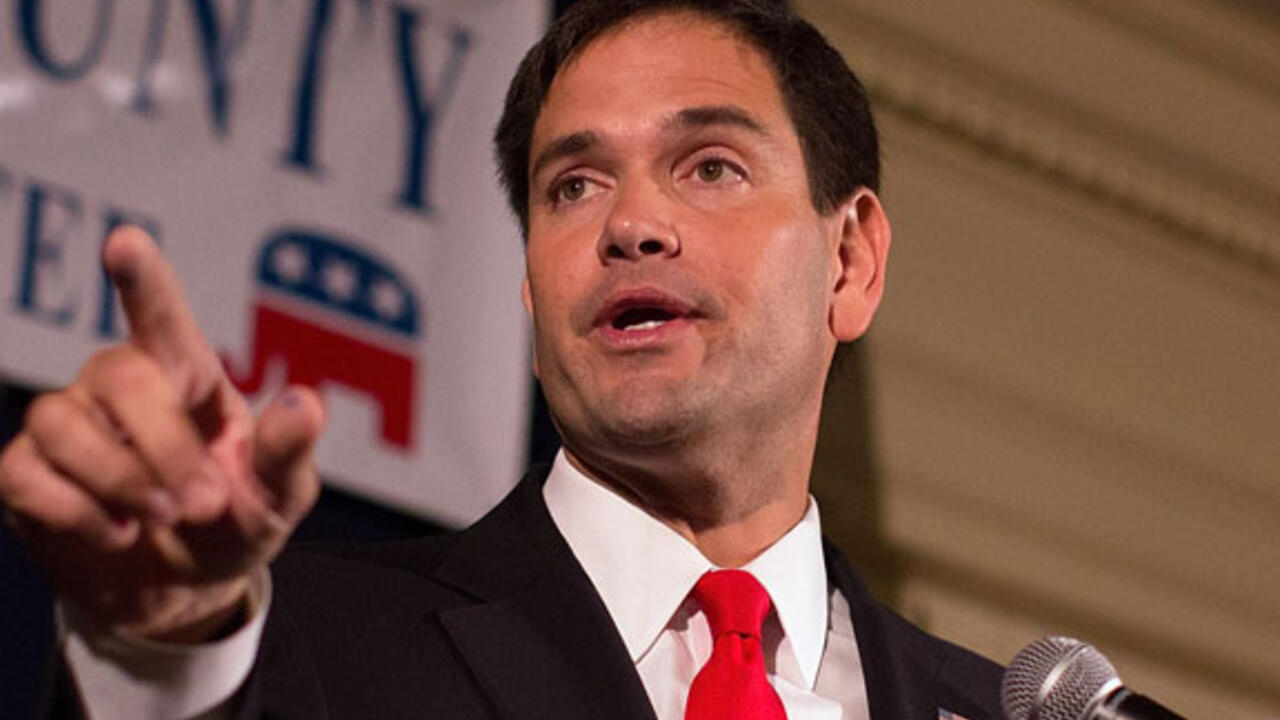 In a letter to Secretary of State Anthony Blinken on Wednesday, September 14, Florida Republican Senator Marco Rubio called for sanctions against the military regime, calling Algeria “one of the world’s largest purchasers of military equipment from the Russian Federation.”

Will junta-led Algeria end up basing its (highly expensive) arms policy on buying mainly Russian equipment? Vladimir Putin’s country is currently under a series of sanctions ordered by the West over its conflict against Ukraine, with Algeria increasingly pointed to as an “accomplice”.

Florida’s prominent Republican senator, Marco Rubio, known for standing up to Donald Trump in the 2015 Republican presidential primary, made this clear in a letter to Secretary of State Anthony Blinken on Wednesday, September 14.

In this Letter To Antony Blinken, Marco Rubio referred to Algeria as “one of the main global buyers of military equipment from the Russian Federation” and called for sanctions against the military regime. 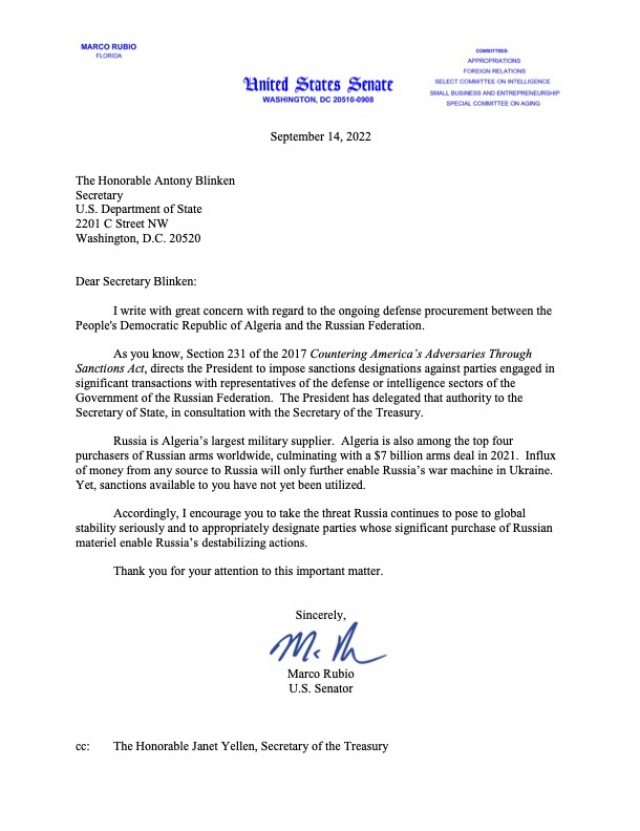 Marco Rubio relied on a law (“Countering America’s Adversaries Through Sanctions Act (PL115-44)”), which “authorizes sanctions against any party that knowingly engages in material transactions with a person who is part of a security or intelligence agency. of the Government of the Russian Federation, or acting for or on behalf of these departments”.

Marco Rubio noted that “Russia is Algeria’s largest military supplier, as the latter is one of the world’s top four buyers of Russian arms, ending in a $7 billion arms deal in 2021”.

According to the Republican senator from Florida, “the flow of money to Russia, regardless of its source, will only strengthen the Russian war machine in Ukraine”. It therefore calls for “taking Russia’s continuing threat to global stability seriously”.