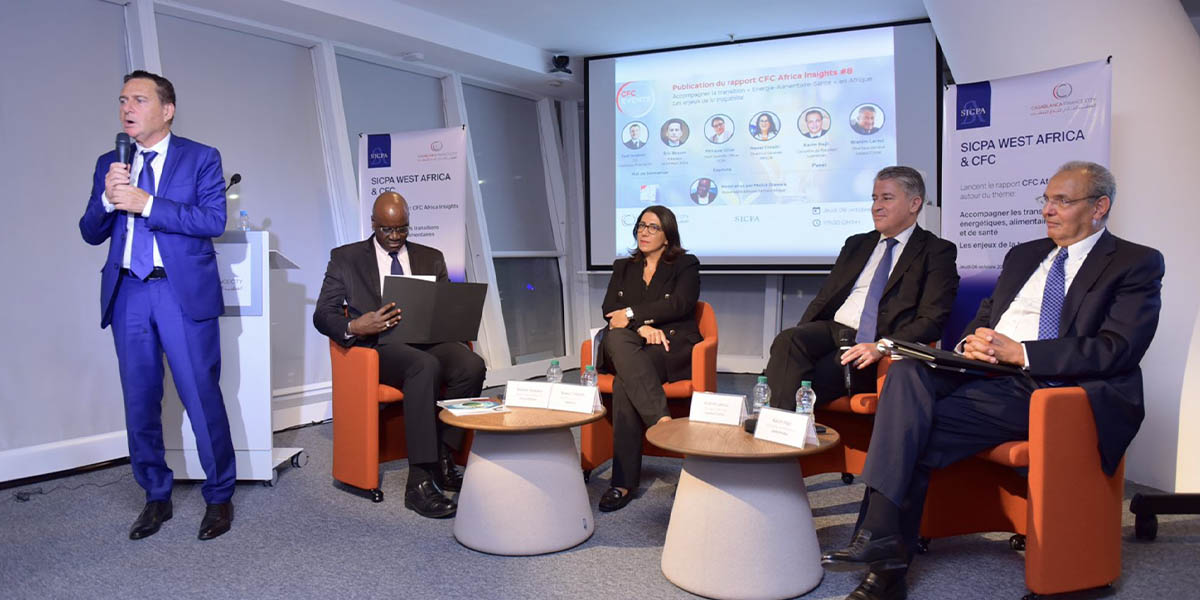 SICPA West Africa and CFC last night launched the 8th edition of the Africa Insight Report in Casablanca titled “Supporting the Energy-Food-Health Transition in Africa: Challenges to be Discovered” with the participation of CEO of CFC, Said Ibrahimi. Eric Besson, SICPA West Africa Executive Chairman. Following this meeting, there was a group consisting of CEO of MASCIR Foundation, Nawal Chraibi, CEO of Lesieur Cristal, Brahim Laroui and Advisor to the Presidency of Laprophan, Karim Hajji.

During his opening speech, Eric Besson announced: “SICPA’s activities will experience a strong expansion in Africa, as states, businesses and citizens increasingly want to know the origin of products, working conditions, product content. This report, together with the CFC, covers three main sectors: Stimulating: Energy, health and food, fields in transition, sometimes even revolutions in the making, and questions of discovery arise.

Before this conference, Eric Besson was able to present the offices of SICPA West Africa located in the CFC tower, which currently has almost 30 people. SIWPA West Africa is responsible for the development of SICPA in French-speaking Africa and manages a regional center of excellence with two main missions:

– deploying SICPA secure tagging and traceability technology solutions in West Africa and providing its human resources to support the implementation of such solutions in other parts of the world. For example, SICPA West Africa’s expertise has contributed to the deployment of programs in Kenya, Tanzania, Uganda, Dubai, Togo, Thailand and the Democratic Republic of Congo.
Technical support, software development and IT assistance, mainly using projects targeting Africa.