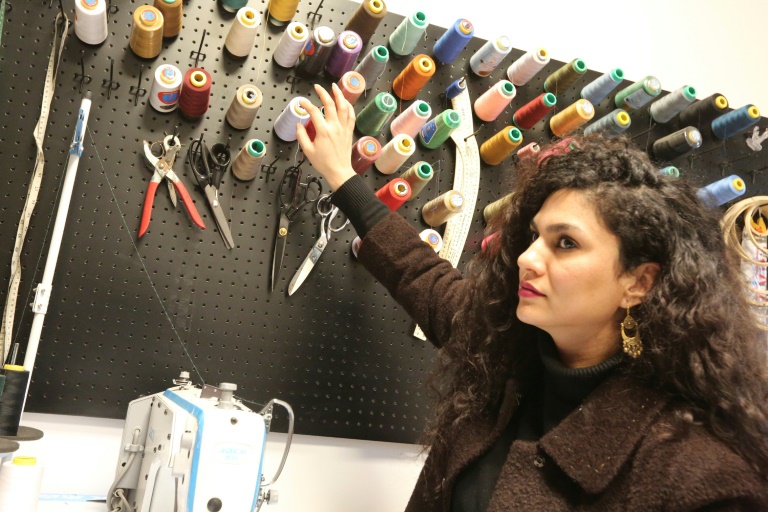 Surrounded by fabrics and sewing machines in her “Iraqi Couture” workshop in Baghdad, Iraqi Ala Adel evokes her war journey to overcome both her disabilities and prejudices against women.

In Iraq, a country still reeling from four decades of conflict, female entrepreneurs are still rare. “Customs and traditions that restrict them to domestic and academic roles” hinder their momentum, the International Organization for Migration (IOM) explained in a report from October 2022.

33-year-old Ala Adel has experienced this. A graduate of Baghdad University specializing in fashion and design, she had the idea of ​​building her own house.

But his journey is fraught with pitfalls.

“I approached patrons and organizations that support art and culture. But my idea was formally rejected because I had no experience in designing projects,” he says in his studio located in the Kerada district of Baghdad.

Additional risk: In Iraq, where the public sector dominates, the private sector is still embryonic, making all steps to build a business more difficult and lengthy.

According to the International Labor Organization (ILO), the public sector employs 37.9% of the Iraqi labor force, one of the highest rates in the world.

But thanks to the Iraqi foundation The Station, funded by the French Embassy in Baghdad, and its “Raydat” (Entrepreneurship) program, Alaa Adel received training that gave her the “confidence” to start her project.

His dream came true last summer, with his brand “Ala Adele”, which he financed with a loan.

However, his biggest fears have little to do with the corporate world. When she started out, she had to face the sexist prejudices of some suppliers in the Baghdad cloth market, who were very reluctant to do business with a woman.

On a personal level, the lack of public children also slowed her down. A flaw in the tradition that Iraqi women must keep their children until they go to school. Thanks to her family, who took care of her two sons while she worked, Aala overcame the challenge.

But Ala in Iraq is an exception.

In the world of work, active Iraqi women are usually teachers or nurses. Some — rarely — are also in the police or armed forces.

Shumuz Khanem is the owner of a health food business and the initiator of the “Iraqi Women in Business” initiative. According to her, the root of the problem is the “discrimination” of women in contemporary Iraq. Men “dominate many fields, while women are marginalized in the professional world”.

Shoomoos, 34, a mother of one son, offers career advice to women online. Most of her interlocutors, she explains, are “mothers who have been away from the world of work for a long time and don’t know how to get back into it.” “They wonder if society will accept them after so long.”

Shumoose has had the bitter experience of gender discrimination. “The first time I went to see suppliers, I found it complicated. There were a lot of men around me,” she recalls, citing her “concerns” about the risks of “harassment”.

Today, Shumoos runs his brand from home. His dream? “I own a slimming restaurant. I want to make it a place to support women who want to work in this industry,” she says.