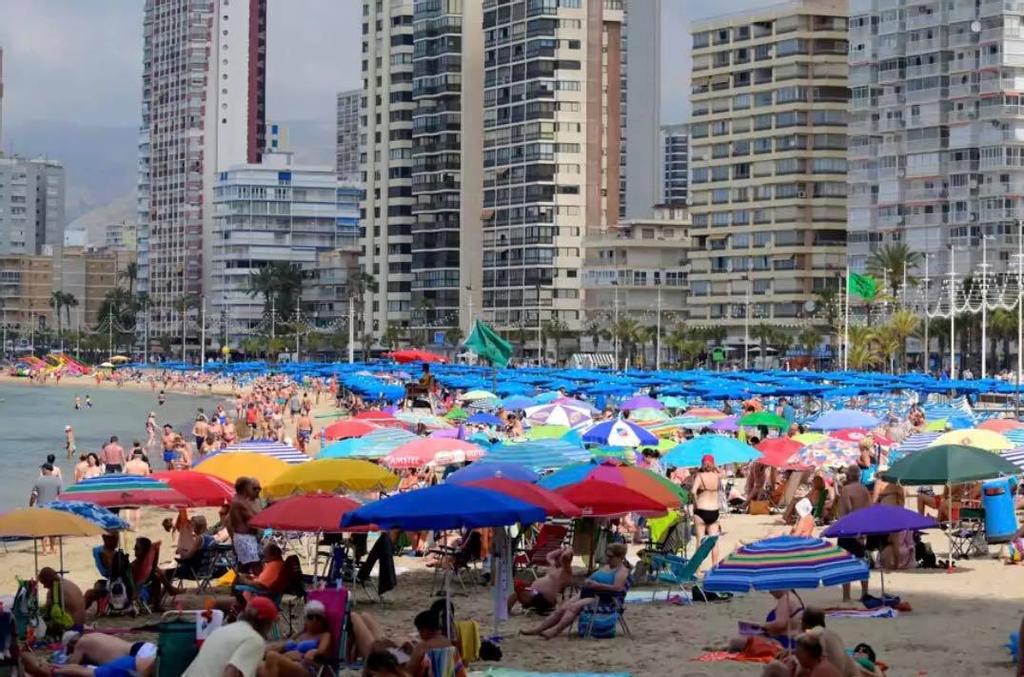 According to official data released on Tuesday, the number of foreign tourists in Spain rose sharply this summer, thanks to the lifting of anti-Covid restrictions, while remaining well below pre-pandemic record levels.

The country, the world’s second-largest tourist destination after France before the Covid-19 crisis, welcomed 9.1 million tourists in July and 8.8 million in August, according to the National Institute of Statistics (INE).

These figures are 106.2% and 69.7% higher compared to the levels of July and August 2021, which are significantly higher than those reduced by the pandemic in the summer of 2020.

Nevertheless, the number of foreign visitors was below the record figures of 2019, which Madrid hoped to regain support for the recovery: a total of 17.9 million travelers arrived in Spain this summer, up from 20 million three years ago.

In a press release, Spanish Tourism Minister Reyes Maroto hailed an “extraordinarily high tourist season.” He added that in Ukraine “we are facing a recession without the uncertainty caused by inflation and war”.

In the first eight months of the year, Spain welcomed a total of 48 million tourists, or 83% of pre-pandemic levels, according to INE. Tourism spending reached 63.9 billion euros or 92% in 2019.

The tourism recovery recorded since the beginning of the year was made possible by the return of British tourists (10.2 million in total), their number increased sevenfold compared to 2021, but French tourists (7 million, +160%) and Germans (6.6 million, +157%) .

Spain, which received 83.5 million foreign visitors in 2019, has been hit hard by movement restrictions aimed at curbing the Covid pandemic.

In 2020, the country welcomed only 19 million visitors. Last year, only 31.1 million travelers visited the country, while the government expected 45 million.