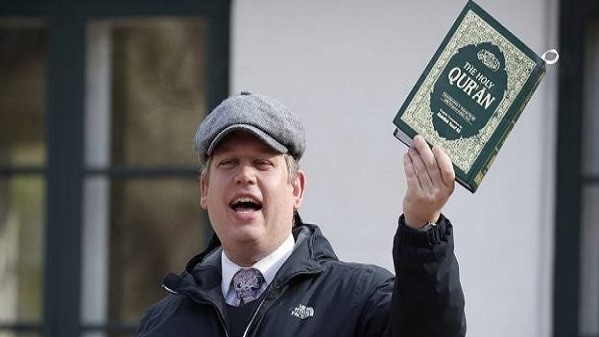 Swedish authorities have authorized the leader of the extremist Danish party, Rasmus Balutan, to stage demonstrations near five mosques in different parts of the country, burning copies of the Holy Quran.

Permission was granted on May 12 and 13 after Pluto’s request to hold protests in the districts of Halunda and Hasbi in the capital, Stockholm, and in the cities of Gothenburg, Boras and Trullhaton.

According to the police report, it was granted the right to hold demonstrations and warned those who opposed such protests against the riots.

In a similar vein, Bo Rothstein, a political scientist at the University of Gothenburg, argued that the burning of certain books, such as the Koran, was not considered freedom of expression, and stressed the need to regard such an act as an “international crime.” By the Swedish Newspaper Express.

Rothstein demanded that the burning of the Koran be included in the political ban on the mass burning of books published in Europe after the burning of 25,000 books by Nazi Germany in 1933.

See also  The IMF sets up a new financial mechanism