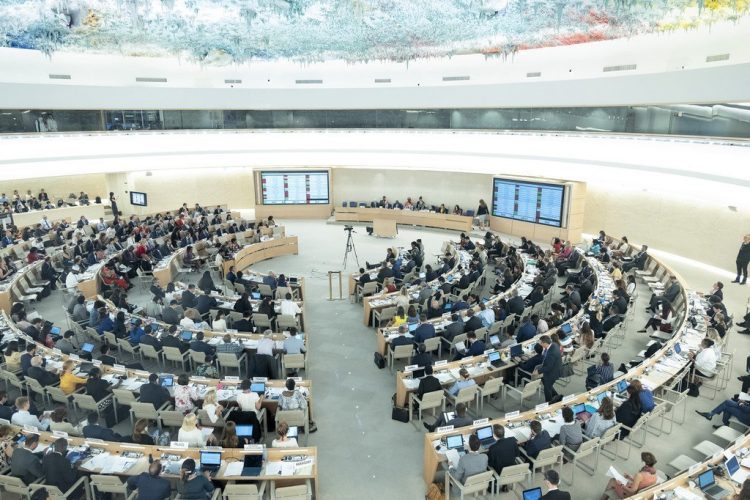 The group’s comments came in the wake of a complaint filed by former members of the police force, M’Rabih Ahmed Mahmoud Adda, against the Algerian government for kidnapping and torture and mistreatment. In retaliation for his actions condemning human rights abuses in separatist camps in the territory of this country, he was handed over directly to the police or intelligence agencies.

The Committee recalls that the complainant usually resides in the Tintof camps in Algeria. He continued his secondary education in the center of the country, Emsila, and in Libya. He returned to the camps in 1998 and received military training in Algerian military camps before being assigned to the military. Since 2010, the author has been living off the smuggling fuel business.

In May 2011, a number of young activists and plaintiffs challenging the authority and practice of the police formed a movement to quietly denounce the violation of the fundamental rights of people detained in the Tintof camps. According to the author, since its inception, the movement has organized a number of sit-ins, particularly calling for the separatist leadership to step down.

He was first arrested on March 26, 2013 and detained for three days by “security forces” in the Tindoff camps and subjected to torture and ill-treatment. Activities. He was released on the third day, however, and continued his peaceful protests against the actions of the police leadership throughout 2014.

M’Rabih Ahmed Mahmoud Adda, one of the founders of the Assomoud Association, aims to demand the right to freedom of expression and movement, as well as the decent living conditions for isolated people in Tindouf. With this organization, he took part in the January 2014 sit-in protest in front of the United Nations High Commissioner for Refugees office in Raboni.

For this reason, he was arrested a second time on July 25, 2014, when Tindoff returned. He was at the home of one of his cousins, in the Tintof area of ​​Ennahda district, when at around 2pm, four agents of the Algerian security service in plain clothes seized the premises.

After forcibly entering the house, Algerian agents covered his head and hastily handcuffed him, while beating him with sticks. The same evidence states that he was not informed of any reason for his arrest and that no court order was issued against him. After the violent attack, the teacher was taken to the entrance of the Raboni camp, where he was then handed over to police officers who could identify ML and AOAS, who immediately took him to the Errachit detention center. Where torture was commonly practiced.

The UN Human Rights Council has recalled that Algeria has a duty not only to conduct thorough investigations into human rights violations brought to its attention, but also to punish anyone, especially when it comes to violations of the right to life. Those responsible for these violations should be prosecuted and a sentence pronounced against them.

In this regard, the UN panel has already expressed its concerns about the devolution of powers exercised by Algeria, especially within its jurisdiction, to Polisario and that such a position is contrary to the duties of the state. Respect and guarantee of the rights recognized by the Convention to all individuals within its boundaries.

In such a scenario, the UN panel has already pointed out that there are no effective solutions in the state courts for victims of human rights abuses living in the Tintof camps.