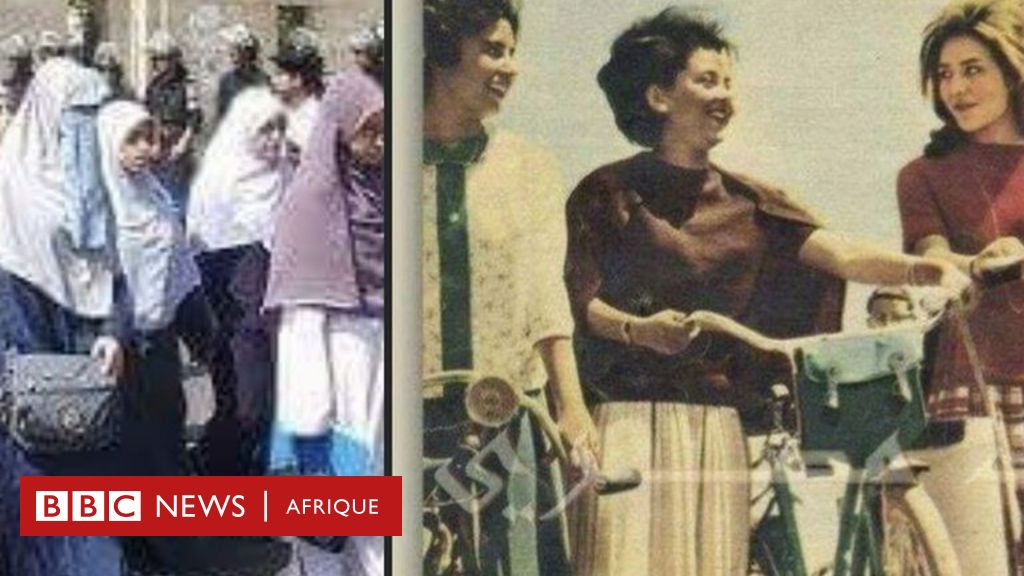 Basic message: “Look at what Arab societies have become in the last 50 years”.

For those sharing these photos, it is a highly visible sign of how their countries have retreated from the ideals of progress and modernity exemplified by the Western way of life.

But it stands in stark contrast to the conservative forces that have shaped the region in recent decades: it is a positive act of affirming Muslim identity in long-colonized societies, and imposing a Western way of life first by colonial rulers, then cut off from local culture by Western elites.

From Morocco to Egypt and beyond, the “Islamic dress code”, specifically the veil or hijab, is one of the most controversial forms of clothing.

Its spread in the region is widely believed to be due mainly to one factor: the emergence and eventual triumph of political Islam, a phenomenon also known as Islamism.

As in Algeria in the early 1990s, strong Islamist movements have come to power or come close to doing so throughout North Africa.

Even after being removed from power, their influence in the communities was considerable.

But that’s starting to change, according to many observers. One of the most obvious ways to measure this change is to look at the most powerful symbol of Islamism’s influence, the hijab.

Many observers have noted a steady decline in this phenomenon in North Africa in recent years.

In the Moroccan news site Al-Yaoum 24, columnist Said El-Zaghouti recently wrote: “It is not difficult to notice that the rate of wearing the hijab has decreased in our Arab countries, especially in Morocco, and this decline and decline is in large part due to the decline and decline of the so-called Islamic stream.” .”

Young Moroccan women have spoken in local media about the social pressure and harassment they face when removing the hijab. But that apparently didn’t stop them.

In Tunisia, wearing the hijab was once an act of protest as it was banned by successive authoritarian regimes, it briefly gained popularity after the 2011 Arab Spring, but has recently begun to decline.

In an article for the Arab Independent magazine, Tunisian journalist Huda Al-Trabulis sheds light on the complex reasons for the emergence and subsequent decline of the hijab in the country.

The hijab was once an act of protest and resistance to secularism imposed from above during the regimes of post-independence autocrats Habib Bourguiba and Zine al-Abidine Ben Ali.

It gained popularity in the short term following the 2011 revolution that brought the Islamist movement Ennahda to power, as the veiled woman was held up as a role model for the Tunisian public.

But he later fell out of favor as successive Islamist-dominated parliaments failed to address many of the country’s problems and Tunisia plunged into a deep economic and political crisis.

In Egypt, the birthplace of the hijab as we know it today, the rise and relative decline has been tied to the political fortunes of the Muslim Brotherhood.

Egyptian women began wearing the traditional head covering nearly a century ago, and by the mid-20th century the veil had disappeared entirely.

But the hijab made its first resurgence in the mid-1970s, when then-President Anwar al-Sadat allowed the Muslim Brotherhood to operate on college campuses to oppose political rivals from the secular left who had gained considerable influence in the community. previous decades.

The spread of the hijab continued almost unabated until the 2013 ouster of President Mohamed Morsi, a member of the Muslim Brotherhood.

Hostility to Islamic symbols — first and foremost, the hijab — was palpable.

Today, the decline is clear, but difficult to measure due to a lack of objective studies. Evidence is mostly anecdotal.

More recently in Egypt, reactions to the stabbing of a young student by her suitor in broad daylight for refusing to marry him were as shocking as the crime itself.

For all, the crime was gruesome and duly condemned. But when it became clear that the victim was not veiled, the reactions began to diversify.

A popular broadcaster has urged women to cover up properly to avoid a similar fate. Cover your face with a basket” he even said.

When her university sought to honor her, it put up a poster with her photo, made to look like she was wearing a hijab.

Both these reactions provoked angry reactions from secular sectors of society.

The youth was sentenced to be hanged. But a campaign has been launched to protect the murderer.

No one is sure who is behind it, but several suspected wealthy exiled Islamists have hired the country’s highest-paid lawyer to defend the perpetrator in the appeals process.

An intervention by Al-Azhar, Egypt’s highest religious institution, to defuse tensions added fuel to the fire.

The Grand Imam of al-Azhar, Sheikh Ahmad al-Tayeb, said that not wearing the hijab does not make a woman a renegade, but a woman who disobeys God.

Once again, social media was filled with impassioned pleas for the hijab to be an integral part of the faith and equally harsh condemnations of the fabric.

Although support for the hijab appears to be waning in the region, particularly among young people, the perception that it is inseparable from Muslim identity is well-entrenched.

Whenever a government – ​​especially in Europe – introduces restrictions on wearing it in public institutions, it is usually denounced as a war on Islam.

In Western democracies the mere criticism of the hijab has become almost synonymous with “Islamophobia” or attacks on minority rights.

But in Muslim-majority societies, it is still seen as part of a legitimate campaign for women’s emancipation from a restrictive tradition.