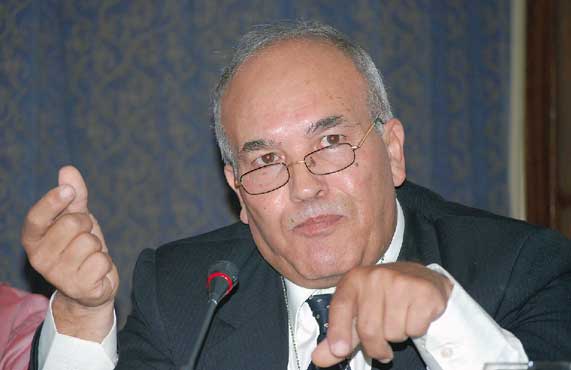 In fact, between 2020/2022, we have seen contradictory statements from various Nigerian officials regarding the Nigeria/Europe gas pipeline, once with Algeria, with Morocco, with MoUs, protocols not final agreements, in any way. Binding partners. Nigeria should once again clarify its position so that the project can be implemented but take into account the feasibility of the project to assess its profitability. This “interference” is explained by the fact that it goes beyond the strict economic structure, because, according to an important study conducted by IRIS on August 19, 2021, the gas pipeline connecting Nigeria to Europe, the main customer must be determined. The project addresses important geostrategic issues for the region.

The energy sector in Nigeria is characterized by the dominance of the oil and gas sector, which accounts for 75% of national budget revenue and 95% of export revenue, with proven natural gas reserves estimated at 5.300 billion cubic meters of gas. The Morocco-Nigeria gas pipeline, whose cost has been estimated by IRIS at approximately $30 billion, should have a construction period of between 8/10 years and a length of approximately 5,660 kilometers. It runs along the West African coast through 14 countries: Nigeria, Benin, Togo, Ghana, Ivory Coast, Liberia, Sierra Leone, Three Guineas, Gambia, Senegal, Mauritania and Morocco. The project was announced in December 2016, during a state visit to Nigeria by the Moroccan sovereign. In May 2017, cooperation agreements were signed in Rabat committing both parties to finance the feasibility study (completed in July 2018) as well as preliminary study of details (FEED) carried out in the 1st quarter of 2019.

In the pre-exploration phase, it is the States and ECOWAS that will sign the agreements related to its construction, but to check the amount of gas available to Europe and start discussions with the operators of the “Torchu” field (gas resources). Outside of Senegal and Mauritania (these two countries signed an agreement in December 2018 to jointly exploit the Tartu-Ahmeim gas field and access European customers). The project aims to connect Nigerian gas resources to various African countries, two existing gas pipelines in the North West African region, the “West African Gas Pipeline” connecting Nigeria to Ghana, passing through Benin and Togo, and the Maghreb-Gibraltar and Morocco straits via Spain (Cordoba). Europe Gas Pipeline (also known as “Pedro Duran Farrell”) connecting Algeria to Europe. The route passes through the Western Sahara coast.

See also  G20: India does not like concrete political declarations

Second, the project must take into account international competition that affects its profitability. Russia has low cost reserves of 45,000 billion cubic meters of gas, Iran 30,000 and Qatar 20,000. The entire corniche of Africa could not be avoided at a high cost compared to its competitors, the famous Siberia-China gas pipeline near Asia, with favorable contracts for Qatar and Iran, China and India, Israel-Europe gas. The pipeline is in operation in 2025, and the large gas deposits in the Mediterranean Sea (20,000 billion gas cubic meters) explain the tensions between Greece and Turkey. And Algeria is also in competition in Africa, entering Libya, about 2,000 billion cubic meters of unexploited reserves, and large deposits in Mozambique (over 4,500 billion cubic meters of gas), not counting Nigeria with its LNGs.

There is reason not to repeat the unfortunate experience of the GALSI project, the Algeria-Sardinia-Italy gas pipeline to be launched in 2012, at an initial cost of 3 billion dollars (the cost will almost certainly double in 2023) to supply 8 billion cubic meters of gas capacity to Corsica, a project I defended during a trip to Italy. The project (a 2012 conference at the Chamber of Commerce in Corsica A. Mebdol, reproduced on France 3 course television. ) he abandoned following the refusal of Sardinia’s elected officials, Sonatrac spent heavily on feasibility studies in foreign currency and dinars. Not to mention the American shale gas, which is linked to the study of the market that affects the decision to start such an investment, so before deciding on the advice of the approach to start a market study to determine the gas demand for this project.

This possibility is to determine the break-even point based on competition from other producers, price and gas price evolution and taking into account the recent European decision to implement the market correction measures planned by the European Commission in February 2023. Once the prices observed in the TTF (European Benchmark Index) reach 180 euros per megawatt hour (MWh) for three days, with certain conditions: the prices recorded in the TTF must be at least 35 euros higher than the average price. LNG (Liquefied Natural Gas) globally, in the same three days, this mechanism is activated for twenty days and after this period is automatically deactivated and if the gas demand increases by 15% by 10% in a month or two months, the import of LNG decreases significantly.

However, the project is mainly oriented towards Europe, pipelines that tightly connect the exporter to a given geographical area, there is room for maneuver, so LNG has more flexibility, so everything depends on the very operational cost and international price, horizon 2025. /2027. Are exports negotiable as per spot market price? Thirdly, security and agreements with some countries, the project crosses many areas that were unstable at the time and affected its reliability with groups of armed militias in the Niger Delta, who could disrupt gas supply and distribution. One action, if repeated, can affect the profitability of this project. It is necessary to involve transit states where necessary to assess rights of way (royalty payments) and economic, political, legal and security risks.

In conclusion, highly dependent on hydrocarbons, Algeria is a gas country, gas with its derivatives, providing about 40% of its foreign exchange earnings, so attention should be paid to global gas transitions. (See the analysis made by Pr A. Mebtoul in Gas d’Huy Paris 2015 international journal, on global changes in the gas market). Compared to 23% at the end of the 1990s, LNG’s share of more than 40% of this world trade in 2020 is not a global market, but a market segmented by geographic regions, whereas the oil market remains homogeneous. The priority of pipes is that it is impossible to meet the same criteria.

See also  Algeria: Total Energies pulls out of mega project due to bureaucracy

For the gas market to one day meet oil stock market standards (daily quote), the share of LNG would need to increase by more than 80%. Until then, as the investments are very high, everything depends on the evolution between 202122030/2040, the demand for LNG depends on the new global energy consumption model, which is moving towards digital and energy transition. A part of renewables, energy efficiency and hydrogen between 2030/2040, which will reduce a large part of the intermediate energy. In 2023/2030 the world is moving, inevitably, towards a new model of energy consumption based on energy transition. Energy, like water, is at the heart of states’ sovereignty and their security policies. New economic dynamics will alter the balance of power globally and affect political realignments within states and at the scale of regional spaces. It is said that Algeria’s gas strategy, especially in the Mediterranean, Algeria’s main market, must take into account the bitter competition, there are no feelings in the practice of commercial and international relations, but there are those interests, each country protects its own interests.