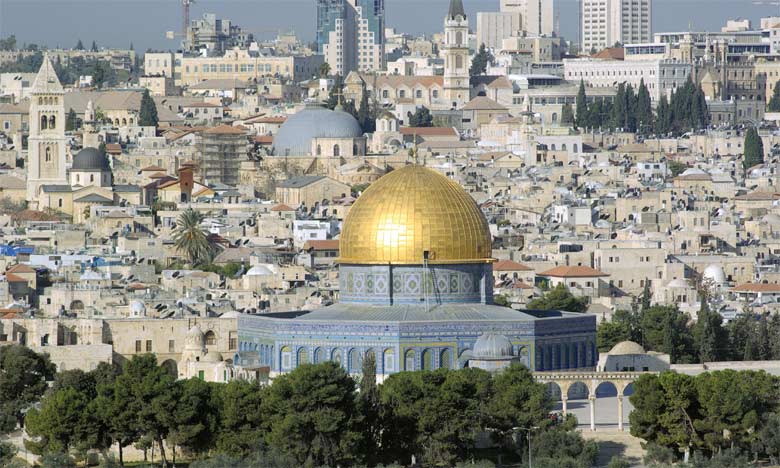 The Secretary General of the Organization of Islamic Cooperation (OIC), Hossein Brahim Taha, praised the efforts of His Majesty King Mohammed VI, the head of the Al-Quds Group, for the security of Al-Quds and the victory of Palestine.

Mr. Ibrahim Taha on Tuesday welcomed a delegation of the Bait Mall Al-Quds Acharif Agency, led by the agency’s Executive Director Mohammad Salem Serkaoui, at the organization’s headquarters in Jeddah. The 2nd meeting of government experts concluded its work on Thursday.

Mr. Brahim Taha outlined the importance of their role during the meeting, which was dedicated to exploring ways to collaborate with the Agency to expand its efforts to support Al Quds City and expand its population’s resistance. The agency, the administrative arm of the Al-Quds Committee, stresses the need to continue to implement resolutions calling on member states to support its budget and programs.

In this regard, he reaffirmed the willingness of the OIC Secretariat to strengthen cooperation with the Agency to facilitate its work and mobilize more financial resources and technical expertise to contribute to the execution of its programs. Guths.

Likewise, the organization’s Secretary General emphasized the importance of convening regular meetings to highlight the agency’s activities, brief Al-Quds on its plans, and encourage member states to provide the necessary support to comply with its laws and regulations. Work.

He thus referred to the agency’s modus operandi based on financing projects in Al Quds, proving that the agency is an excellent tool for coordinating Arab and Islamic support to the Holy City with other institutions.
Representatives of the Bayt Mal Al-Quds Acharif Agency participated in the 2nd Meeting of Intergovernmental Experts to review the OIC’s Interim Plan by 2025 from November 22 to 24.