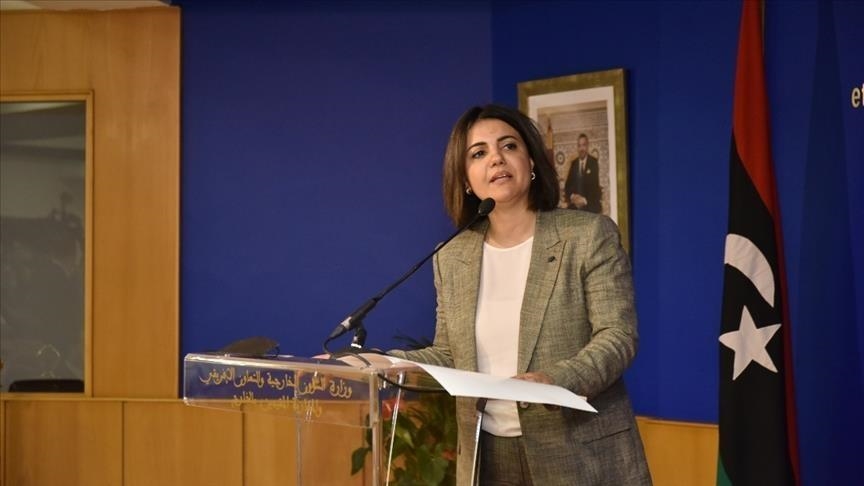 Libya’s Presidential Council (PC) has suspended Foreign Minister Najla Mangoshi for “administrative violations” and barred him from traveling, a council spokesman said on Saturday.. However, the Libyan interim government rejects the decision, raising tensions ahead of the planned elections.

The Presidential Council was established in February by an interim government led by Abdelhamid Deepa through a political process under the auspices of the United Nations.

The commission of inquiry was set up under the chairmanship of Abdullah Alabi, the PC’s vice president, following an order signed by the Presidential Council and published by the media. He must submit his report within 14 days.

So far, there has been no immediate comment from the suspended minister, but Libya’s Interim National Unity Government, in a statement issued this Sunday morning, rejected the council’s decision, noting that the Presidential Council “has no legal right to appoint or cancel members.” The executive has the power to suspend or prosecute them, “he said.

The infighting in Tripoli comes six weeks before the scheduled elections and just days before an international conference in the French capital dedicated to Libya.

Separately, Libyan expert Emadin Padi, along with several local media outlets, linked Mongosh’s suspension to comments he made about the 1988 Lockerbie bombing in a BBC interview this week.

Abu Akila Mohammed Masood, the man wanted for the bombing, sang that Mankush had pointed out “about a possible handover” and that “positive results would come” in his case.

The United States has blamed Masood, a former member of Libyan intelligence, for bombing the Scottish town of Lockerbie in 1988 with a bomb that killed 100 people.

The disagreement over the council’s suspension of the foreign minister will only increase tensions between rival factions in Libya who have been trying to work together for years after the conflict.