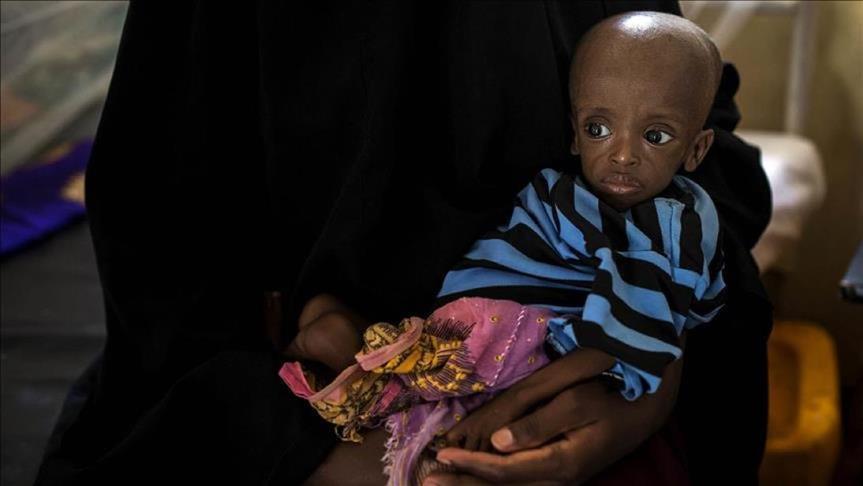 Nearly half the population, or 7.1 million Somalis, are at risk of famine as the country, located at the eastern tip of the Horn of Africa, experiences insufficient rainfall at the end of the last four rainy seasons. 2020

Hospitals are overflowing with severely malnourished children, parents traveling thousands of miles for their children who have been plagued by the curse that has plagued the country for hundreds of years.

The media, which was present at the scene to report the crisis, received heart-breaking reports that a father, with bloodied legs and eyelids filled with tears, describes his adventure of returning from his hometown of Afkou to win the march. Road, Mogadishu, the capital, and save her child who began to swell due to severe malnutrition.

“I urge the Somali people in the diaspora and around the world to come to the rescue of our people affected by the drought. The aim should be to prevent the drought from getting worse and causing more famine, ”said Somali President Hassan Sheikh Mohammed.

Khadija Mohammad Hassan, a 45-year-old woman, said in a statement that she had brought her 14-month-old son Bilal to the hospital by injection. TV5MONDE, That the harvest did not happen. We lost livestock. The river has dried up “, and in the same context,” I am 45 years old and I have never seen such a devastating drought in my life. We live in the worst case scenario. ”

“I breastfed her. But I got sick from lack of food. She was so skinny, I decided to bring her here. At least she can eat milk and medicine, ”Nimko Abdi said in an interview BBC, Gently placing her six-month-old baby girl in a plastic tub supported by sisal ropes. The basin is marked as 4 kg, half of which should be the ideal weight for the baby.

The stories of parents watching their children die of malnutrition, knowing that $ 1.5 billion was enough to prevent a recurrence of the famine that killed 260,000 people in 2011, are among the many shared above.

The question now is, what are the international organizations and nations of the world waiting to do to save humanity from the fall of Africa? The future will answer us!