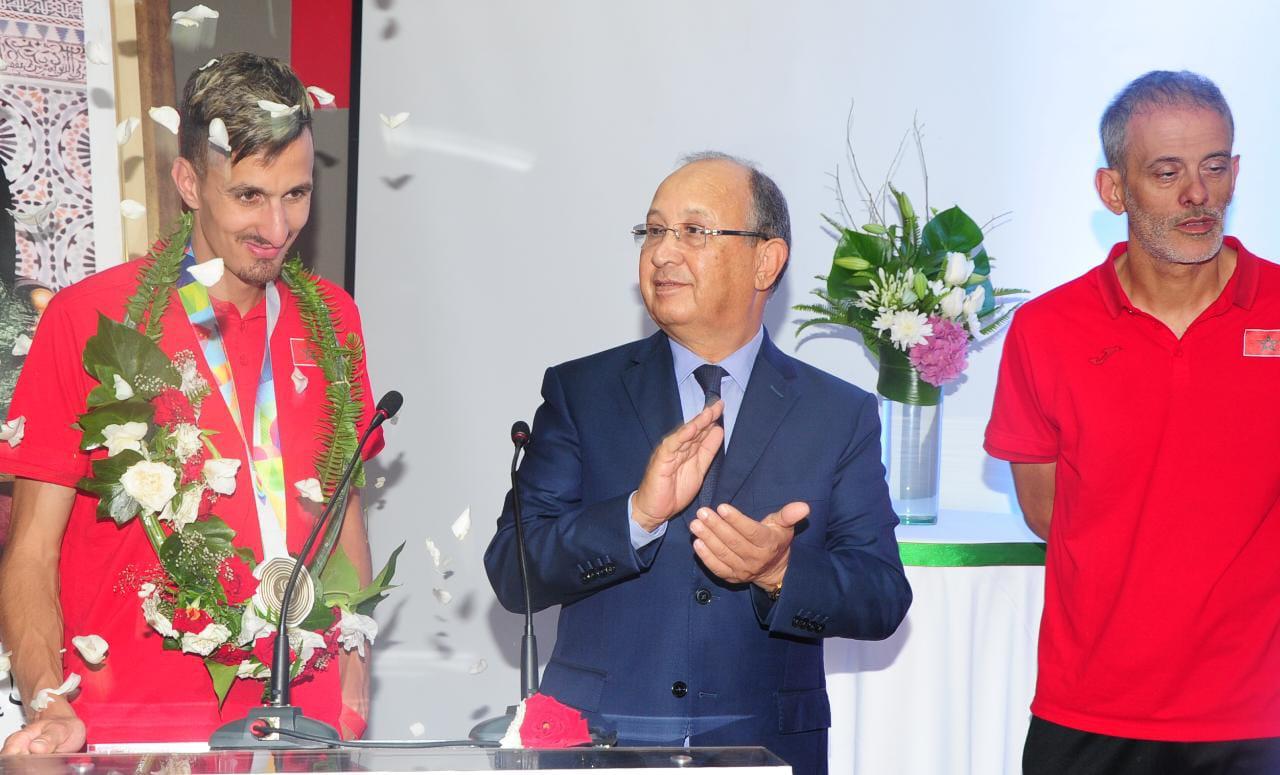 Moroccan Olympic and world champion Soufiane El Bakkali said his gold medal win in the 3,000m steeplechase at the World Athletics Championships in Eugene, USA was “a matter of pride” for him and all Moroccans.

“The royal congratulatory message honored me and made me very happy. It will motivate me to raise the national colors higher in the next matches,” he said on arrival at the Rabat-Sale airport on Friday.

The Moroccan champion (26) indicated that his ambitions do not stop with Tokyo Olympics and Eugene Worlds gold medals, noting that he particularly wants to win new titles at the Paris Olympics in 2024.

He also said that his goal is to break the 3,000m steeplechase world record.

“I have improved a lot since my debut. I finished 4th in Rio Olympics in 2016, I won silver in London-2017 worlds and bronze in Doha-2019”, he explained, sharing this success with the Moroccan people. His parents, coach and the Royal Moroccan Athletics Federation (FRMA).

For his part, his coach Karim Tlemzani pointed out that this world title was “very well deserved”.

“This gold medal is the culmination of years of effort and sacrifice. The beginning of this success comes from the Rio 2016 Olympics,” he explained, adding that the Moroccan Olympic champion became world No. 1 for the 5th time.

“Together with Soufiane, we will continue working to achieve better results, especially at the Paris Olympics”, Mr. “Part of the goals is to break the world record for distance,” Tlemsani noted.

In honor of the Moroccan World and Olympic Champion, FRMA hosted a reception at its headquarters, in particular, the President of the Federation, Mr. Abdeslam Ahizoune, the selection was marked in the presence of national athletics members. Committee and National Technical Commission.

In a speech on the occasion, Mr. Ahizon felt that El Bakkali’s coronation and his coach’s efforts would “bring pride to Moroccan athletics”.

“We are very honored by the congratulatory message addressed to El Bakali, HM King Mohammed VI, with his high request, sports in general, athletics and Moroccan athletes in particular”, underlined the president of FRMA, hoping that this world title will inspire young Moroccan athletes.

After winning the gold medal in the 3,000m steeplechase at the last Olympics in Tokyo, Eugene set a record by stepping atop the podium at the Worlds.

The Moroccan athlete sent a strong signal to his rivals by signing the best world performance of the year over the distance at the international meeting of Mohamed VI in Rabat (7:58.28) in early June.