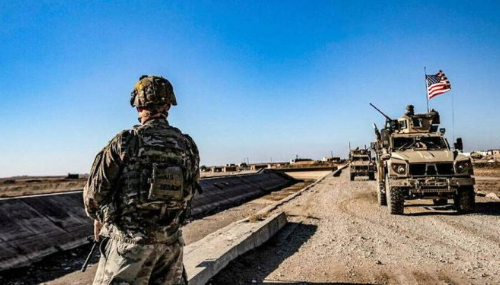 The Pentagon said it had stepped up its raids against the Islamic State (IS) group in Syria, with nearly a dozen helicopters and ground operations aimed at killing or capturing key fighters of the terror group.

According to U.S. Central Command officials, the U.S. military conducted at least 10 operations and tests in December. This includes three operations carried out last Tuesday alongside the Syrian Democratic Forces, which led to the detention of six IS members, the command’s spokesman said. Other Islamic State operatives were killed or arrested, including seven earlier this month and eight other attacks in early October, military officials said.

U.S. officials acknowledged that Central Command had conducted additional raids in Syria, but command officials declined to provide details about other raids. Each operation is carefully planned and takes into account potential risks after an assessment of intelligence-gathered information, said Col. Joe Puccino, a spokesman for Central Command.

The operations are aimed at eliminating regional or local leaders of the terror group who military officials believe have a role in planning and conducting attacks against local security forces in the region, mainly in rural areas. But raids alone cannot stop the terror group’s expansion in Syria, especially amid a severe economic crisis and a stalled political solution to end the nearly 12-year war, experts and former U.S. officials say.

The U.S. “needs to conduct more strikes because it does,” said Andrew Tabler, a senior fellow at the Washington Institute for Near East Policy, a former White House and State Department official who oversaw Syria policy in the Trump administration. The group expanded into Iraq and Syria after the withdrawal of US troops from the two-rivers country in 2011. ISIS, which lost most of its territory in 2017, maintains up to 1,800 terrorist operations in Syria and Iraq. More than 8,000 fighters in Syria and Iraq, according to military officials.

The frequency of the group’s attacks has decreased over time, and the group has used less improvised explosive devices since 2019, military officials said. But the problems posed by the Islamic State still persist. Nearly 30 detention centers in Syria house thousands of imprisoned militants. The terror group is still capable of launching attacks against US forces and allied countries and mobilizing fighters.

“While ISIS’ strength in Iraq and Syria has been greatly reduced, the group retains the ability to conduct operations in the region,” Gen. Eric Guerrilla, who heads the Tampa-based Central Command, told reporters. , in Florida. Despite the growing regional threat, the terror group does not pose an immediate threat to the United States, officials said.

Raids by special operations forces on December 8 led to the arrest of five IS members, military officials said. Another raid on December 11 killed two ISIS operatives, they said. Another raid on October 6 near the village of Qamishli in northeastern Syria targeted and killed an Islamic State official identified as Rakkan Wahid al-Shamri, believed to be an arms dealer.

On November 30, the Central Command announced the death of Abu al-Hasan al-Hashimi al-Qurayshi, identified as a top IS leader. The US actions come as Syria faces both economic instability and political impasse.

Washington maintains about 1,000 US troops at various locations inside Syria.