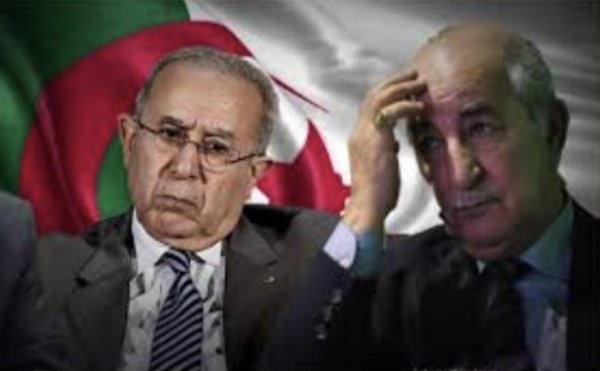 Few are aware of the series of diplomatic setbacks Algeria has recently suffered in a short period of time. They have proven time and again that the financial manna amassed thanks to rising gas and oil prices has not been of much help to its deployment, which wants to be active in the sector.

Algeria recently welcomed four major events that it sought to use to ensure the resurrection of its diplomatic influence. These include the visit of French President Emmanuel Macron to Algiers, the reception of Polisario militia leader Brahim Khali by Tunisian President Gais Said, and comments by the Algerian press close to the government about possible support for Nigeria. The Trans-Sahara Gas Pipeline project to transport Nigerian gas through Algeria to Europe has finally seen the Kenyan President welcome the separatist leader to his investiture event.

A conversation of fools

The reality is that so-called “diplomatic victories” melt like ice in the sun in the face of hard facts. Apart from a commitment to increase energy flows to the EU to meet France’s needs, Algeria has not gained much in its relations with France. The “memory question” he continues to use as a pressure card in France has proven to be of little value. Otherwise, what is the point of setting up a joint group of Franco-Algerian historians to investigate issues related to memory, or opening French archives covering the colonial period, if it saves time without giving anything in return, Algeria has provided in terms of gas supplies to meet France’s needs in this period of energy crisis that is shaking Europe? In short, Emmanuel Macron’s visit is reduced to a fool’s errand.

A memorandum of understanding on the Nigeria-Morocco gas pipeline was signed in Rabat on Thursday by the Economic Community of West African States (ECOWAS), the Federal Republic of Nigeria and the Kingdom of Morocco, he continues to confirm. The opening of Abuja in two projects with the advantage of a safer and more intensive route, Nigeria-Morocco, which receives international support (especially with the United States and the European Union).

The points allegedly marked in the Sahara file brutally cooled Algeria’s interest once Kenya publicly announced its decision to withdraw Polisario’s recognition and close the organization’s chimerical representation in Nairobi. The event preceded Chad’s support for the Moroccan autonomy proposal in the Sahara. On the Tunisian side, Algiers is not sure of the consistency of the position expressed by the Cass side on this matter, when we recall that after a press release confirmed the so-called Tunisian neutrality in this file, all relative and the Tunisian diplomatic apparatus does not seem to believe in the relevance of this unilateral decision, contrary to the country’s diplomatic theory.

Reverse on the Arab front

As these four charges collapsed one after the other, Algeria was overwhelmed by successive setbacks. Under pressure from Arab states, the demand to return Syria to Arab rule was abandoned. Algiers may try to exclude Damascus from the summit under the false pretext of not further complicating the situation in the Arab world. For Syria to participate in the next summit.

Algiers suffered another disappointment during a meeting of Arab foreign ministers when it was forced to comply with existing protocols under the effect of a broad veto by the Gulf states. And an ambassador had to be sent to Rabat to invite Morocco. to participate in the next summit; A blatant contradiction of the hasty decision to sever diplomatic ties with the kingdom. Rejected, the Algerian Foreign Ministry tried to hide its embarrassment with a press release. He knows how to distinguish between bilateral relations (cutting ties with Morocco) and multilateral relations that require different treatment.

In a different kind of backlash, a leak published by Jeune Afrique and Achark Al-Awsat followed King Mohammed VI’s desire to personally attend the Arab summit, but no official statement was forthcoming. Deny this information and confirm that it is not true. So far, there has been no official reaction from the Algerian side, according to a report by the newspaper Achourouk (close to the government), Algeria will treat the king with the usual respect, without indicating any normalization with Rabat.

The press and social networks in Algeria have long led a group against the palace, spreading lies about the king’s health and “inability to exercise his power”, “a fierce battle within the palace for the succession”. Competition, knowing that the same forums had earlier accused Morocco of working to derail the Arab summit in Algiers. The king’s decision (if confirmed) was not to be content with attending in person, but to take on the task of convincing the Arab leaders to “participate”. At the highest level in the summit to ensure its success”

The blow will come with a presentation by the Emirati representative at the 51st session of the United Nations Human Rights Council in Geneva, bearing an invitation to the summit, during a visit by Algerian Energy Minister Mohamed Argob to the United Arab Emirates. The list of 35 member states affirms Morocco’s full sovereignty over its southern provinces and their support for the Moroccan Autonomy Initiative.

Back against the wall

Another snub is signed by the hand of President Abdelfattah al-Sisi. From Qatar, the Egyptian head of state announced that the Arab summit in Algiers should restore a certain number of principles and concepts in the Arab region, including “adherence to the concept of the nation-state and the sovereignty and territorial integrity of states.” And “terrorist organizations and armed militants” should not be dealt with in any way. Foreign Policy of Algeria.

A pushback from Algerian diplomacy, beginning even before the summit, is the beginning of a global Arab understanding of the challenge represented by the expansion of Iranian influence in the Arab region, including the Maghreb region, which requires an urgent Arab response. . This poses a major challenge for Algeria, accused by other Arab countries (Egypt, Morocco) of acting as a bridge for Tehran to expand its influence in North Africa.

But of all the disappointments, the most symbolically charged was the withdrawal of Kenya’s recognition of the SADR, on African soil where Algeria operated on long-held land. The decision by Kenya’s new president to reject his presidential challenger, former Prime Minister Raila Odinga, who won 48.85% of the vote in the last presidential election, but was unchallenged, is a sign of changes in East Africa. A hitherto unfamiliar territory for Moroccan diplomacy. Along with Pretoria, Nairobi has long been at the forefront of Algerian maneuvers within the African Union.

Another revealing fact of this tight game in the diplomatic field is that the head of government, Aziz Akannouch, who represented the king at the investiture ceremony in Luanda of re-elected Angolan President João Manuel Gonçalves Lorenzo, was in this party of Central Africa. , which has had a bit of a compromise with Rabat in the past. A little earlier, the Minister of Foreign Affairs, African Cooperation and Moroccan Nationals Living Abroad, Nasser Bourita, received Bernardo Mbala Dombele, Ambassador-at-Large of the Republic of Angola last May. This means that Morocco is withdrawing its recognition of the artificial system established in Tintouf, convincing some more in its relations with its African counterparts.

The sum of these setbacks, due to their continuous and simultaneous nature, makes it unlikely that Algeria will be assured of its ability to host the Arab Summit in Algeria according to the pre-established timetable. This meeting. Because in the end, the Arab states, as a collective, should put Algeria against the wall, wisely go down the path of reconciliation, and renounce its actions that threaten Egypt’s national security because of its alignment with Tehran. Undermining stability and the overall Arab security system.