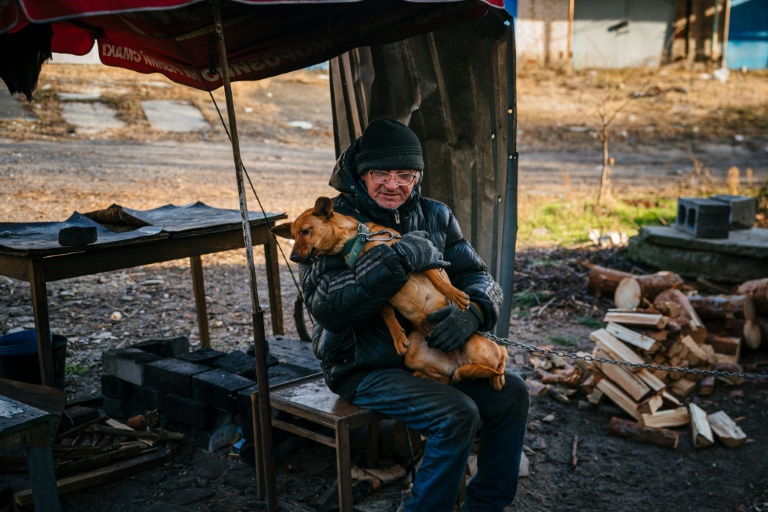 “To Each His Own Limits”: In Eastern Ukraine, the Oldest War Experiment

The 73-year-old has been living in fear of the bombing for months, but it wasn’t until Thursday that Vladislav Viktorovich started thinking about leaving his home near the front line in eastern Ukraine.

At dawn, a Russian missile hit a building near the house where he lives with his wife and son. At a height of 50 meters, rubble and broken glass would have turned into a pile.

“After what happened today, we are seriously starting to think that we have to leave,” Vladislav told AFP, as his neighbors tried to salvage what they could from the rubble. “My wife said: + It’s time to prepare +”.

But by mid-afternoon, he changed his mind and plans to stay, hoping to find new accommodation for his wife with heart problems and other ailments.

Chasiv Yar, like many towns in the war-torn Donetsk region, has seen its population dwindle.

Those who remain are mainly “elderly and less mobile”, according to the UN. They cite many reasons, from simple desperation to the need to care for sick relatives or the lack of a better choice.

But the intensity of the fighting and increasingly harsh winter conditions, with temperatures expected to dip below zero this weekend, are starting to weigh heavily.

“We now live under extreme stress, which makes us sick”, Vladislav observes, “everyone has their limits”. He adds: “He who lives in an ordinary state cannot understand it”.

Across the street, Yulia Tuskova, 88, in a puffer jacket and pink hat on her head, queues to receive sheets of plastic sheeting provided by the municipality, a temporary fix for broken windows.

As she walks back home, leaning on her cane, she begins to cry when someone asks her if she needs help setting up tarps.

“We don’t have men, only grandmothers,” says the old lady, who lives alone. “All the young are gone, only the old remain.”

“No one to nail the polyethylene, all the windows are broken, no one to help”.

Olena, 64, told AFP she had no choice but to stay to take care of her mother and their dogs. “My mother is 85 years old and she is sick,” says Olena, “she walks around the garden at night and we are afraid that she will be shot”.

In the industrial city of Kostiantynivka, 20 kilometers west of heavy fighting in Bagmouth, Praskovia assures AFP that conditions are tough but they are determined to face it. She is 89 years old.

“I was ten years old when World War II broke out, and now there’s another war in my old age,” he observes. “We both endured hunger and cold then. We survived then and we will survive today”.

The reality is that older Ukrainians, even when not directly threatened by fighting, have to face a specific enemy: loneliness.

In Lyman, a town captured from the Russians in September, sixty-year-old Anatoly Kisenko once entertained thirty people in his basement shelter, which he filled with mattress protectors and flimsy wooden chairs.

But as the temperature dropped and Lyman’s population dwindled, fewer visitors came to the warm basement with a wood-burning stove, which he built of wood and brick.

Anatoly was alone with his three dogs.

Recently, he invited his friend Sergey Tarasenko (58), who lived alone in another part of the city, to go with him. “It’s a lot of fun to be together,” he told AFP. “Others may come if it’s still too cold.”

He wants a woman to come, take care of the kitchen, and engage themselves in tasks like chopping firewood. Their menu currently includes pasta, porridge and mushrooms.

He regrets that now he is single and has to do the work of both men and women.