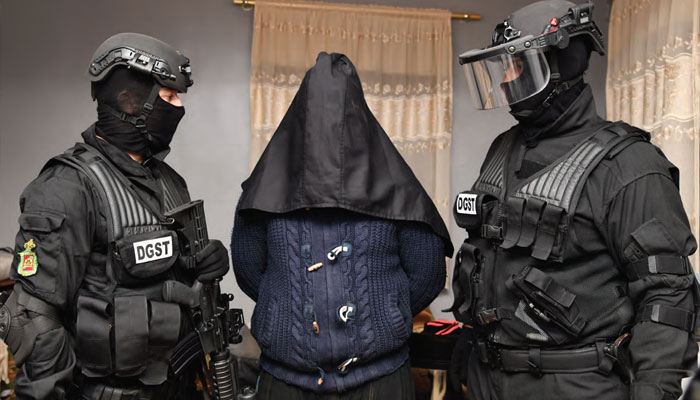 The Spanish Interior Ministry announced on Friday that two jihadists belonging to a terrorist organization with military training and combat experience from Syria were arrested in Mataro (Barcelona) and Austria. From Morocco.

“Agents of the Spanish National Police carried out an anti-terrorist operation that resulted in the arrest of two foreign terrorist fighters,” the Spanish Interior Ministry said in a statement, adding that the two detainees had secretly entered Europe. “Balkan Route” and arrested for allegedly being a member of a terrorist organization.

The first of them was arrested in Austria, thanks to the European Arrest Warrant (EAW) issued by the National Inspectorate, within the framework of the investigation conducted by the General Investigation Commission, and the second was arrested in Mataró (Barcelona), where he had arrived a few days earlier, referring to the same source.

The investigation began earlier this year after the General Intelligence Agency received information that two foreign terrorist fighters linked to Spanish and Moroccan nationals were planning to enter Europe.

One of those arrested had lived in Spain before moving to the conflict zone in 2014, while the other left Morocco the following year. The latter does not live in Spain, but most of his family members have lived in Spain for seven years, the same source said.

Once in Syria, the suspects joined al-Qaeda-linked groups and received military training to gain combat experience. After losing territory in the Syria-Iraq zone to terrorist groups, the two were able to travel to Turkey, where they lived for a few months in the hope of being smuggled into Europe, according to the Spanish Interior Department.

See also  The G7 demands a complete withdrawal from Saporicia

The two under investigation entered Europe two months ago via the Balkan route that took them through Turkey, Bulgaria, Serbia, Hungary and Austria. The second militant continued his journey to Spain, where he was arrested by agents specializing in the fight against terrorism.

The operation was coordinated in close cooperation with the Spanish National Intelligence Center (CNI) and Morocco’s DGST, the FBI, the Austrian Security and Intelligence Service (DSN), and German police officers and Europol. concludes.