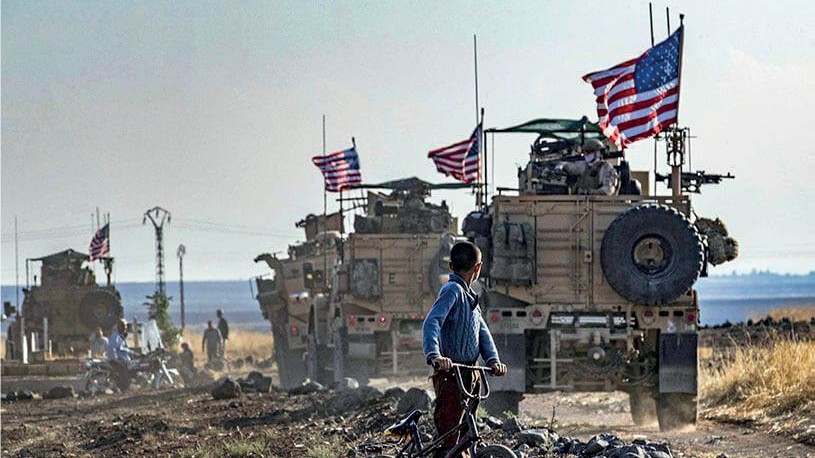 Two Syrian and Iraqi media outlets reported that US bases in Deir ez-Zor and Hasaké governorates were shelled on Friday evening, December 31. For its part, Damascus insists that US troops are illegal on the country’s border.

Once again, US military bases in northern Syria have come under fire without Damascus’ permission. Thus, as the Iraqi agency Shafaq confirms, several rockets hit a U.S. military bases base in the Deir ez-Zor governorate on Friday evening.

The agency said it heard explosions at the site, without mentioning the damage caused by the blast, citing witnesses. For its part, the U.S. military wiped out the area with a 155 mm howitzer.

Also on Friday evening, Syrian Radio and Television Network was informed that a large number of rockets had been fired at a military base in the city of al-Sadat in the province of Hasak, which triggered sirens following the attack. This is not the only incident involving the US military in the Hasakah governorate on Friday.

Earlier today, residents of the town of Tal Hamis blocked a convoy of five U.S. military armored vehicles and hurled stones at them, forcing them to return.