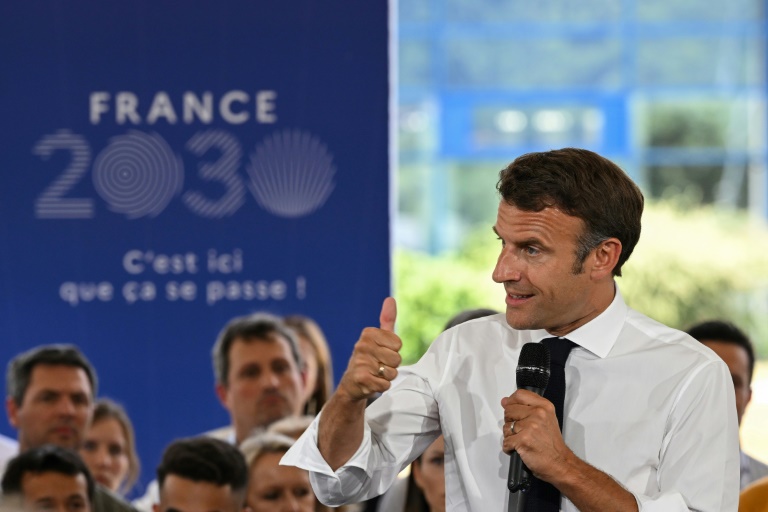 He “absolutely considers” and “extremely proud”: Emmanuel Macron on Tuesday hit back at criticism of his privileged exchanges with Uber, insisting that “thousands of jobs” should be created.

“I am very proud (…), it is very difficult to create jobs without companies or entrepreneurs,” said the head of state. “I will do it again tomorrow and the day after tomorrow,” he insisted after visiting STMicroelectronics’ site near Grenoble.

As part of the “Uber Files,” an investigation based on thousands of internal Uber documents, Le Monde concluded that Uber and Emmanuel Macron had a secret “agreement” when he was in Percy. A “senior adviser to the board of directors” at the time, a former lobbyist in Europe, also contributed to fundraising for the future president’s campaign in 2016, the daily showed.

The opposition continued to accuse him on Tuesday of protecting Uber’s interests when he himself was François Hollande’s economy minister (2014-2016) at a time when Uber was growing its presence in France.

Emmanuel Macron “was paid for his services”, assessed Deputy LFI Daniel Opono on BFMTV on Tuesday.

Organizations that make up the left coalition Nupes will ask the parliamentary inquiry committee, confirmed PS Olivier Faure’s boss for his part.

“Here is a minister (…) quietly, secretly, making a deal with a company known to everyone to be the lowest social bidder, a Trojan horse in destroying ‘part of our labor code,'” he criticized. LCI.

The National Rally wants to launch a fact-finding mission, its president Jordan Bartella announced, according to Mr. Macron was “the entry point for private interests in France” in Percy.

“We are introducing a kind of atmosphere in saying that it is bad to see business leaders, especially foreigners. But I fully accept it, see you! “, Mr. Macron replied. “I saw business leaders, horror! I saw them, it was always official, with collaborators. I’m proud of it! If they created jobs in France, I’m very proud.

“As one of my predecessors says, it affects me without moving the other,” insisted the head of state, referring to a sentence attributed to Jacques Chirac.

The poll, published in Le Monde newspaper on Sunday, is part of a wider investigation involving forty international newspapers around Uber.

Based on various testimonies and documents, including numerous SMS exchanges, meetings at Le Monde Minister’s office, Uber France and Mr. Reports of several exchanges (appointments, calls or SMS) between Macron or his advisers, written by lobbyist Mark Macon, cite specific minutes of the meetings.

“I brought companies, I helped French entrepreneurs, especially young people, thousands who were underemployed, from difficult neighborhoods, who had no chance to find a job for the first time in their lives,” President Macron pleaded on Tuesday.

“Then”, he continued in front of some journalists, “we regulated these jobs by closing them, by locking them at the French and European level. (…) When I took office as president, we regulated the sector without any complacency. We were the first country to regulate the sites, and then at the European level We pushed.

The VTC system that made the fortunes of Uber and other players that emerged in the 2010s fueled the taxis’ revolt at the time.

“During the crisis we helped the taxis as much as possible,” said Mr. Macron made the pledge on Tuesday. “I’ve always respected the industry, but we had an administratively closed system. We weren’t issuing enough licenses.”