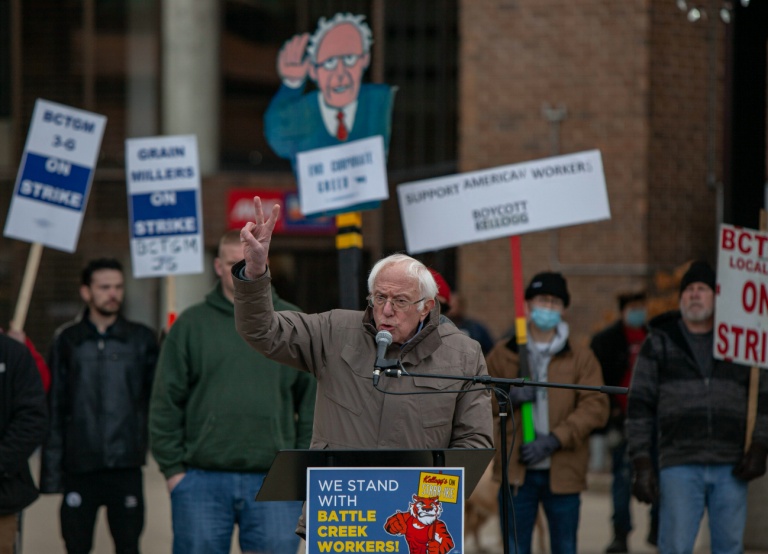 Senator Bernie Sanders, an American left-wing figure, went on Friday to thank Kellogg workers, a well-known grain producer who has been on strike since early October, thanking them for their fight against “corporate greed.”

The strikers, already backed by US President Joe Biden last week, openly criticized the administration’s decision to replace about 1,400 workers on sick leave at four locations in the United States.

“I tell Kellogg that we cannot treat those who have dedicated their lives to the company by threatening that they will be permanently replaced,” he said in the presence of the strikers and their supporters.

Above all, the strikers, who oppose the maintenance of many types of workers who do not receive the same benefits, rejected an agreement reached in early December between management and the union representing them.

After a series of negotiations, a new contract was finalized on Thursday and will be submitted to a strike vote by Monday, a company report said.

“I am here today because you had incredible courage to confront corporate greed,” Sanders said following the intervention of several strikers. “Across this country, workers look up to you and thank you for your courage,” he applauded.

“If you love America, you must love its workers,” the senator said from the podium, urging American companies not to shift their jobs to Mexico.

The start of the Kellogg workers’ strike coincided with several labor movements in the country, in which about 10,000 workers at tractor manufacturer John Deere went on strike for more than a month. The word “strike” abbreviated as “strike” and “October” appeared on social media.